San Jose police responded Thursday at 6:26pm to the area of Ocala Avenue and Oakton Court to a report that a red pickup 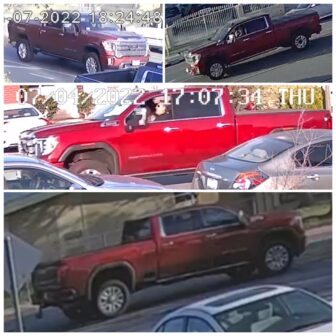 Police said both women were in the crosswalk when they were hit by the truck/.

The driver fled the scene immediately after the collision and was last seen traveling north on Capitol Expressway, according to witnesses.

The pedestrians were transported to local hospitals and were pronounced dead shortly after.

Police asked anyone with information about the accident to call the San Jose Police Department,