State-level Democrats are grappling with how to address domestic violence allegations against one of their own—Assemblyman Roger Hernandez. In Santa Clara County, a similar conversation is taking place in the county Democratic Central Committee (DCC). Women say the party has taken a passive approach with Chris Stampolis, a Santa Clara Unified trustee with a history of aggressive behavior toward women. But it seems Stampolis’ reputation came back to bite him last month when he lost a bid for a fourth term on the Democratic National Committee. Meanwhile, years-old harassment claims against another local party official resurfaced when a woman, who asked to withhold her identity, saw Shaian Mohammadi’s name on the June ballot as appointed DCC incumbent in the 28th Assembly District. She says Mohammadi, who handles social media for the California Young Democrats and also handled communications for the DCC, posted a topless photo of her on Twitter after their month-long fling fell apart in 2011. Mohammadi denies the charge—sort of. He says the revenge porn was an accident, even though emails (from the address he still uses) and Facebook chats (which don't include his name, the accuser says, because she blocked him) seem to suggest otherwise. Ann Grabowski, a policy analyst at San Jose City Hall, has also come forward to say that she experienced Mohammadi’s unwanted, obsessive attention in 2013 when she worked as an aide for Councilman Don Rocha. “I trust her wholeheartedly,” Rocha tells Fly. “If these accusations are true, there is a disturbing pattern of behavior directed towards women.” Mohammadi questions the motives, timing and veracity of the claims, pointing to his record of advocating for women and his position as a delegate for presidential candidate Hillary Clinton. Several women have come to his defense, but his alleged targets aren’t backing down. “These stories are not gossip,” Grabowski says. “They’re serious and real accounts of a man seeking elected leadership who does not respect boundaries or women.” It’s a touchy subject for local Democrats, who have tried to recruit more women to run for public office while lobbying for female-friendly legislation. To that end, Dems appointed county schools trustee Darcie Green—who reportedly dated Hernandez some years ago, when he was arrested for DUI—as its first-ever director of gender equity in 2014. Green abandoned the post earlier this year amid revelations that her new husband, Ricardo Monzon, is a convicted woman-batterer.

Below is a screenshot of threatening messages reportedly sent by Shaian Mohammadi: 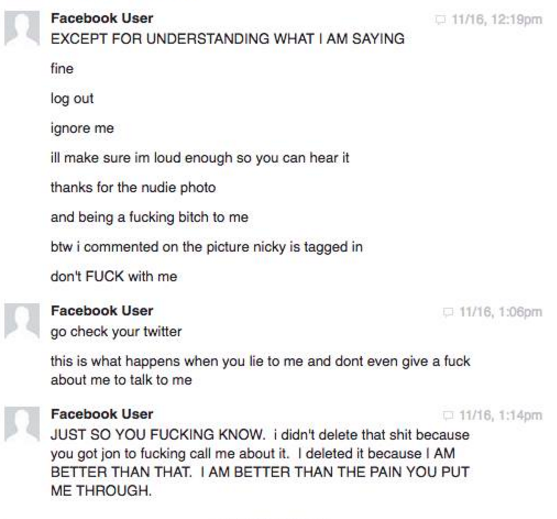