The Santa Clara Valley Transportation Authority is poised to approve a new general manager and CEO after losing its last leader to President Joe Biden's administration in January.

Carolyn Gonot is the last candidate standing to lead 2,100 employees keeping buses, light rail, and paratransit services running for more than 2 million riders. She spent more than 20 years working for VTA before becoming executive director for the Utah Transit Authority in 2019.

If given the green light in a special meeting Friday, Gonot's first day of a five-year contract—complete with a $350,000 base salary and $500 monthly car allowance—kicks off July 12. 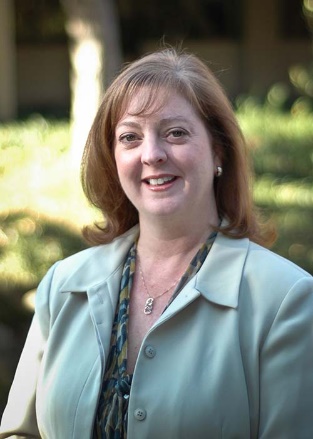 Her decades of experience in transit operations may prove vital at a time when VTA has a lot on its plate: massive development is still being planned for Downtown San Jose’s Diridon Station and riders are contending with ongoing woes of equitable service and funding while health concerns continue to linger from the Covid-19 pandemic.

That's why VTA Board Chair Glenn Hendricks says he is “thrilled” with staff's recommendation to appoint Gonot.

“Carolyn has a proven track record in delivering major capital projects and programs and establishing critical funding mechanisms to build and sustain them,” Hendricks said in a statement Wednesday. “Her leadership will be critical to improve the overall transit experience for current and future riders as public transit recovers from unprecedented challenges.”

Gonot would replace former General Manager and CEO Nuria Fernandez, who was appointed by President Joe Biden to the U.S. Department of Transportation in January, after seven years with VTA. Evelynn Tran, the Authority’s General Counsel, has temporarily filled the position since then.

Prior to Gonot's two-year stint leading the Utah Transit Authority, she spent 23 years working for VTA, where she managed programs including the BART Silicon Valley Extension into Santa Clara County and the Congestion Management Division.

As the Executive Director for the Utah Transit Authority, Gonot oversees 2,500 employees in operations across six counties, including three light rail lines, a commuter rail, streetcars, paratransit, vanpools and more than 120 bus routes—powered by a combined $591 million in operating and capital budgets.

Monica Mallon, an outspoken advocate for transit in the South Bay, said she thinks Gonot’s extensive experience would allow her to hit the ground running.

“I really hope that she'll work with the board, staff and community to create a vision for the future of transit that we're all really excited about,” Mallon told San Jose Inside. “I don't necessarily think she's going to be a board leader that will massively disrupt the status quo, but I think she'll continue to move things forward.”

She and one other unnamed finalist were selected after a nationwide search by firm Krauthamer & Associates Inc., which then brought their top picks to VTA’s search committee, comprised of Board Chairperson Glenn Hendricks, Vice Chairperson Chappie Jones, Board Member Cindy Chavez and Ex-Officio Board Member Margaret Abe-Koga.