In a claim lodged this week in federal court, the U.S. Securities and Exchange Commission (SEC) describes how all but one of the developer’s projects in the past few years blew over budget and failed to garner much in the way of returns. 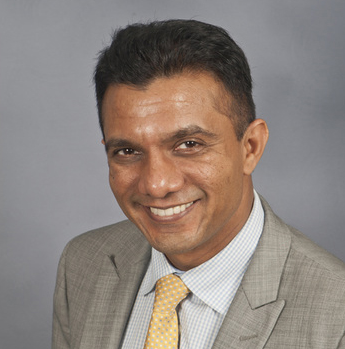 According to the regulatory agency, SiliconSage owner Sanjeev Acharya defrauded 250 investors—most from the South Asian community—to the tune of $119 million by weaving “a continuous series of misrepresentations and omissions and other deceptive conduct.”

“Acharya falsely described SiliconSage Builders and all of its real estate projects as efficient, successful and profitable,” the SEC complaint reads, “when, in fact, from 2016 to 2019, all but one of his projects had significant cost overruns and did not generate enough revenue to cover the overruns, leaving [the company] with mounting, undisclosed liabilities to investors totaling over $18 million by 2019.”

Per the SEC, Acharya paid old backers with money from new investors and lied about the funds being interest payments derived from the company’s profits. The CEO told investors that they could redeem their capital in one fund after a year, the SEC continued, but went on to repeatedly decline requests to take him up on that commitment.

The SEC lawsuit also accuses Acharya of misrepresenting the offerings for one fund as up to $11 million, when in fact he raised more than $50 million.

“The actual size of the offering,” the claim states, “also far exceeded the limits set forth in the offering materials, which stated that ‘the total capital contributions raised by [the fund] at any given point of time shall not exceed 50 percent of the reserves and projected profits over a two-year window, of SiliconSage Builders.”

A request for comment from SiliconSage wasn’t returned by press time.

The fraud claim stands to impact a number of pending projects in the South Bay.

Acharya had several developments in the pipeline, including an urban village that proposed to bring a hotel, community farm, entertainment center, shops, offices and homes to San Jose’s North Side.

Even amid the firm’s financial woes, which this year Acharya began blaming on the pandemic, SiliconSage continued to snap up real estate.

In October, one of the firm’s subsidiaries shelled out $9 million for a two-and-a-half-acre parcel by 2101 Alum Rock Ave. in San Jose’s East Side, where he sought to build 800 residential units alongside stores and eateries. Acharya called the project called Sunset @ Alum Rock and touted it as a chance to breathe new life into the storied ethnic enclave.

Right down the street, still another SiliconSage development was making some headway.

The Little Portugal Gateway mixed-use project won the city’s approval to raze three commercial buildings to make way for a six-story apartment building with an underground parking garage on a 0.9-acre site.

At first the projects met with resistance from denizens of Little Portugal, a district mostly populated by Latino residents and minority-owned mom-and-pop shops, offices and restaurants. It’s also one of the only parts of San Jose where developers can speed through the city’s planning process thanks to a quirk in the zoning code that allows them to bypass rezoning permits, community meetings and City Council approval.

To make way for the 800-unit apartment complex, SiliconSage initially proposed demolishing buildings occupied by dozens of small businesses. But over the course of a year or so, the company began ceding to some of the demands made by the community, which wanted to see a public park and a marketplace to accommodate at least some of the businesses the project threatened to displace.

“I was very, very hopeful,” says Jesus Flores, a local entrepreneur and head of the Latino Business Foundation Silicon Valley. “We were making progress.”

Some family-owned businesses had already been displaced when SiliconSage bought the Sunset @ Alum Rock site, Flores says, and others were waiting to find out if they’d get a lifeline through relocation assistance.

Then came the SEC complaint.

Now, it looks like SiliconSage’s acquisitions in the economically embattled East Side neighborhood will remain empty for who knows how long.

“Since this developer already purchased several properties along the corridor, those are now vacant and this situation can stop the construction of the two developments,” Flores says. “It may take years to find a developer that may want to take on those projects.”

The SEC is asking the court for preliminary and permanent injunctions to stop SiliconSage in its tracks. It also wants to place the company under a receivership, freeze its assets and prevent it from destroying any records.

“As we alleged in our complaint,” he wrote in an announcement of the case earlier this week, “wrongdoers sometimes prey on the trust of members of their communities to raise funds for their fraudulent schemes.” He added: “Affinity frauds are particularly harmful to retail investors, and this case demonstrates the SEC’s commitment to pursuing such schemes and protecting retail investors.”