Faced with growing demands for tenant protections, San Jose’s City Council will decide this week whether to cut allowable annual rent increases for one-third of the city’s apartments.

Residents demanding rent control say runaway housing costs are pricing them out of the region. Landlords have staunchly opposed any change to the city’s 40-year-old rent control law, saying it would chip away at their income and make it harder for them to maintain properties.

On Tuesday, the council will consider a raft of proposals, which include tying yearly rent increases to the rate of inflation and blocking landlords from passing off debt service and building improvement costs to tenants. Housing director Jacky Morales-Ferrand also wants to create protections for tenants displaced when their rent-controlled units convert to market-rate housing.

San Jose’s existing law caps rent hikes to 8 percent a year, or 21 percent if more than two years passed since the last increase. But the decades-old ordinance only applies to apartments built before 1979, which amounts to about 44,000 units. Under the state’s Costa-Hawkins Rental Housing Act, housing built after 1995 is also exempt.

Recommendations from San Jose’s housing department include linking annual rent hikes to inflation, which has hovered around 3 percent for the past several years. 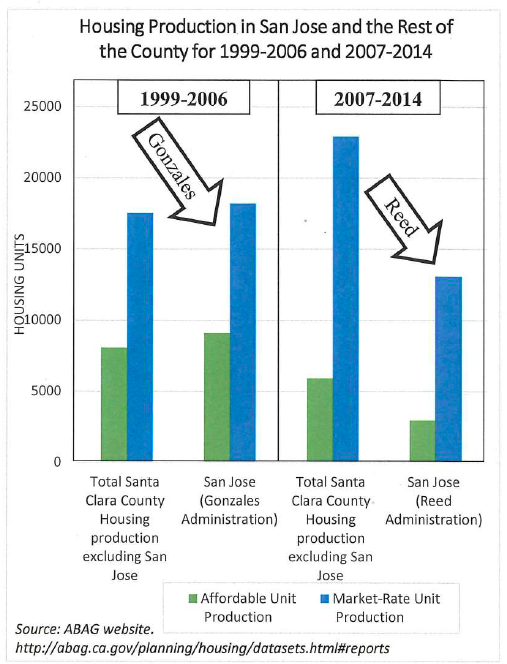 Councilman Don Rocha is asking the city to expand rent control rules to duplexes, which would bring another 11,000 units into the mix. He also wants the city to charge commercial developers an affordable housing fee, a proposal rejected by his colleagues last year over fears it would stifle economic growth.

Rocha noted that tenants in rent-stabilized units are among the city’s most vulnerable residents—families, the disabled, the elderly and the poor.

“It may sometimes be difficult for those of us who own homes to fully appreciate the struggles that renters face,” he wrote in a council memo. “Property ownership can confer a degree of stability that renters simply do not enjoy. I believe we have an obligation to take the struggles of renters seriously, even if we do not experience those struggles ourselves.”

Councilman Johnny Khamis, who originally opposed any changes, recommended a 6 percent cap and an option for landlords to roll over rent hikes for years they don’t use them. Vice Mayor Rose Herrera and Councilman Manh Nguyen signed off on Khamis’ idea. The three of them also asked the city to abandon plans to include a “just cause” protection, which aims to prevent retaliatory evictions.

Jones also wants landlords to cover relocation costs for tenants if an apartment shutters. Under his proposal, tenants would get three months of market-rate rent, a security deposit and $3,000 for the disabled and elderly.

A battle of displacement in Jones’ district has come to head this past week. Owners of the rent-controlled Reserve Apartments plan to replace the complex with market-rate housing next year. Last week, developers offered relocation benefits very similar to those in Jones’ proposal to the 500 people who live in the Reserve’s 216 units. The tenants slammed Jones' anti-displacement proposal, accusing him of being unduly influenced by  Greystar Corporation, the multibillion-dollar company that owns the apartments.

The California Apartment Association contends that any changes to rent control laws fail to address the root cause of runaway rental costs: a shortage of housing. The organization created an online hub for landlords to draft letters to the council expressing their opposition to stricter rent controls.

In other Bay Area cities—namely Richmond, Mountain View and Burlingame—tenant rights groups are fighting to put rent control measures on the ballot. Those three initiatives would limit yearly rent increases to inflation, which has hovered around 3 percent for several years. They would also impose a “just cause” standard on evictions, so landlords can’t simply kick someone out to make way for someone who can pay a higher rent.

Sandy Perry, head of the Affordable Housing Network of Santa Clara County, wrote a letter urging the council to view the affordability issue as a humanitarian crisis.

“The real nuts and bolts of the rent control issue are not so much the policy details and economic arguments,” he wrote, “but the traumatic life issues created by the continuing displacement of thousands of people in our community by rising rents and unjust evictions.”