Multiple San Jose Police units and members of the media converged on a South San Jose home associated with Samuel Cassidy this morning, and the block was cordoned off in the aftermath of Wednesday’s VTA rail yard shooting, which law enforcement officials confirmed resulted in multiple fatalities and the death of the shooter.

One Facebook post identified Cassidy as the deceased shooter, but no official confirmation is available at this time, and an active investigation is underway.

According to Transparent California, Cassidy worked as a Substation Maintainer for Santa Clara Valley Transportation Authority (VTA) making $182,901.70, including benefits, as of 2015.

“He didn’t talk about his job or politics. I just found out he was dead and his house on fire and all that a minute ago,” Samuel Cassidy’s father, James Edward Cassidy, told The Daily Beast. “It’s really.... I really, really don’t want to... I guess I have to just kind of absorb it all myself.”

Sgt Russell Davis said the shooter, whom he did not identify, set his house on fire on Angmar Court before heading to the transit facility. Law enforcement officials believe explosive devices may have been planted in the home and at VTA offices. Officials suspended transit services at noon Wednesday.

Eight persons plus the shooter are confirmed dead, and the incident is being monitored by the Governor’s Office in Sacramento and the White House.

This is a developing story that will be updated throughout the day. 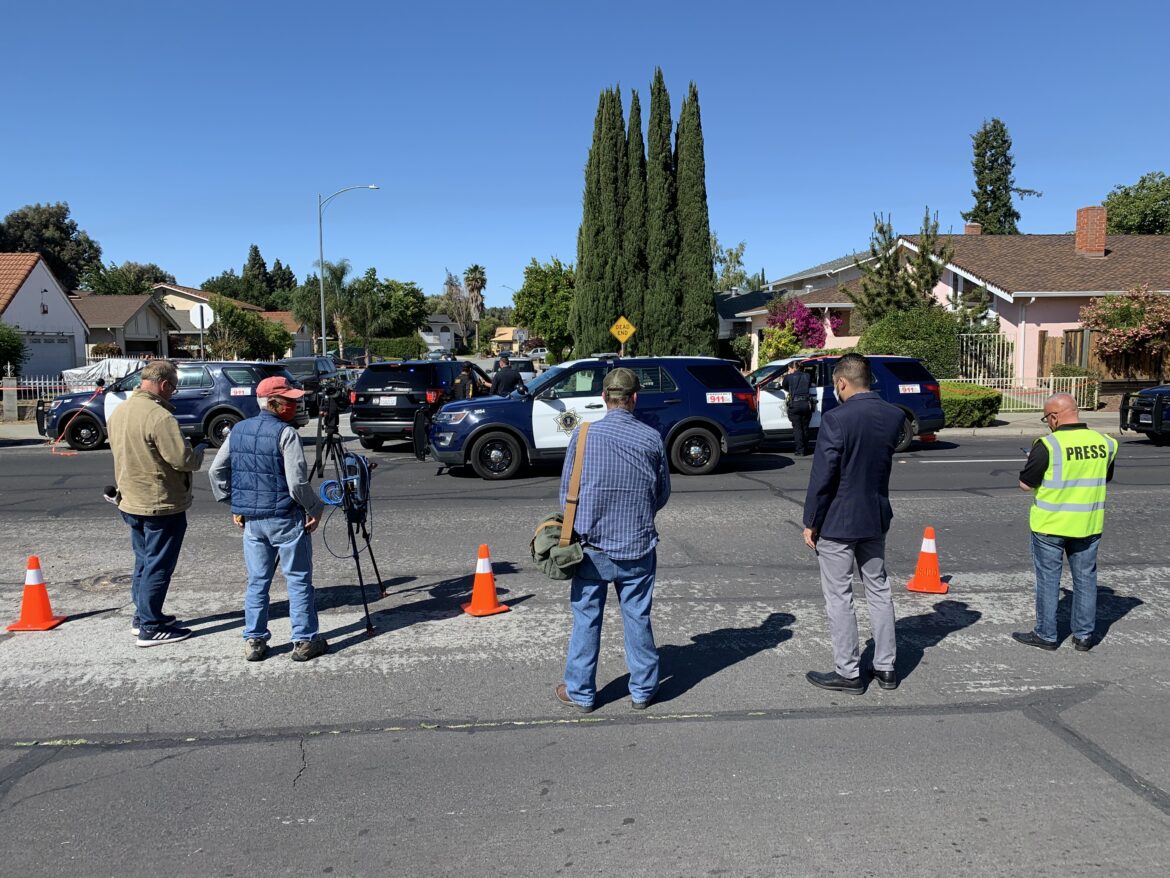 Police and members of the press gather near a home in South San Jose, near Hellyer Park, in the aftermath of the VTA shooting. Photo by Greg Ramar