The San José Police Department received a tip in February from a call to the Silicon Valley Crime Stoppers organization regarding an unknown suspect who the caller said was selling suspected stolen property in an online marketplace.

Detectives investigated the information and confirmed the property had been stolen from an auto burglary in San José. Additional follow-up identified the seller as Sunnyvale resident Matthew Freudenblum, 24, who is on probation in Santa Clara County for auto theft and credit card fraud. 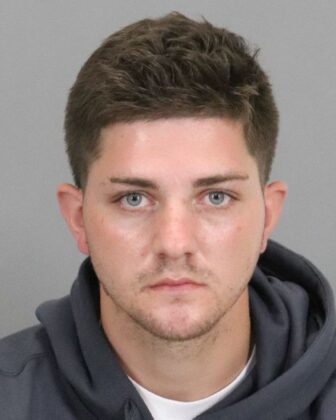 San José police officers arrested Freudenblum on April 28, and located additional evidence in his vehicle, including property taken during another burglary and an additional “ghost gun.” This weapon was loaded and concealed in a hidden compartment in Freudenblum's vehicle.

He was charged in Santa Clara County Superior Court with grand theft, burglary, sale of stolen property and possession of illegal weapons. Bail was set at $1 million.

Freudenblum is currently in custody and detectives said they are working to return property to victims, as well as identify additional cases. Any persons with information about this case or similar incidents involving this suspect are urged to contact Detective Potwora #3506 of the Burglary Unit with any information about this incident at (408) 277-4401 or e-mail [email protected]

Submit crime tips and remain anonymous by using the P3TIPS mobile app, calling the tip line at (408) 947-STOP, or visiting the Crime Stoppers website. If the information you submit leads to an arrest, you are eligible for a cash reward from the Silicon Valley Crime Stoppers Program.