San Jose placed four measures on the Nov. 6 ballot, which turned out to be one too many to ask of voters. Measure V would’ve unlocked $450 million in bond revenue for below-market-rate housing had it mustered the required two-thirds vote.

Voters seemed unfazed by the fact that Measure U proposed two unrelated changes to the city charter: to remove the council’s ability to set its own salaries and, separately, to authorize it to place opposing initiatives to community-backed measures on the ballot. U passed with a resounding 94 percent of the vote.

Measure S coasted to a win with the blessing of both business and labor and 74 percent of the total vote on election day, which means San Jose will have to change the way it bids on construction projects. Instead of selecting the lowest responsible bidder, the city will have to determine which offers the best value. It also raises the limit for no-bid contracts from $100,000 to $600,000.

The most consequential of the four proposals from the city, Measure T, also got off to a strong start Tuesday night before making its way to safe passage the following morning. By Wednesday, the $650 million infrastructure bond surpassed the 66 percent threshold by a few percentage points. On Twitter, Mayor Sam Liccardo, who campaigned heavily for the measure, called it the largest passed by San Jose voters.

.@CityofSanJose voters just approved the largest bond measure in city history, to build a safer and more sustainable city. Thanks to the many volunteers and community leaders who came together to make Measure T a success! #WeAreSanJose

As election results started rolling in on Tuesday, Liccardo joined his fellow Yes-on-S, T, U-and-V proponents at Mezcal, the same high-end Mexican joint where he celebrated his easy-breezy re-election in the June primary.

Fly dipped in before the polls closed, as the wait staff set out mountains of tortilla chips, bowls of house-made guac and crudités platters along a brick wall for the impending influx of guests.

With an hour to go before the polls closed, Marc Landgraf, external affairs manager for the Santa Clara Valley Open Space Authority, sidled up to the indoor bar and toasted the pending victory of Measure T with a pint of Dos Equis (complimentary for all patrons sporting an “I voted” sticker).

Landgraf said he was hopeful about the passage of Measure T, which divvies up the $650 million for various public infrastructure projects and to bolster safety and emergency preparedness. Some $50 million of the funds could go to Coyote Valley conservation efforts to prevent flooding and water contamination, he explained.

Check out some scenes from the event below. All photos by Greg Ramar. 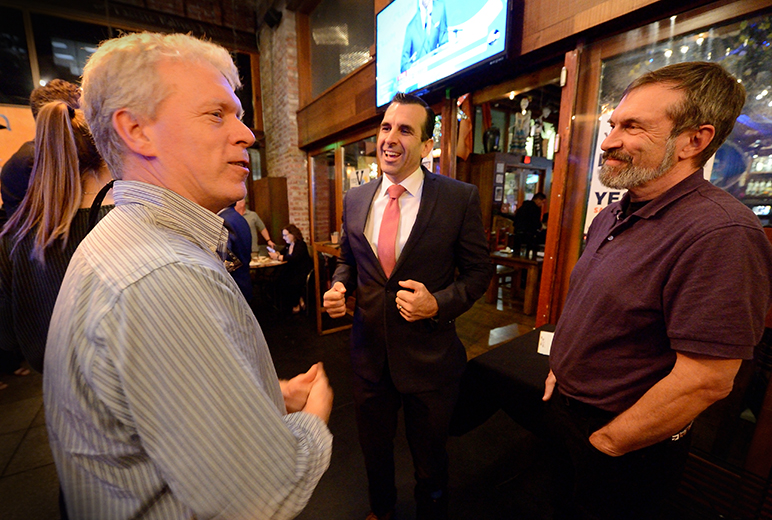 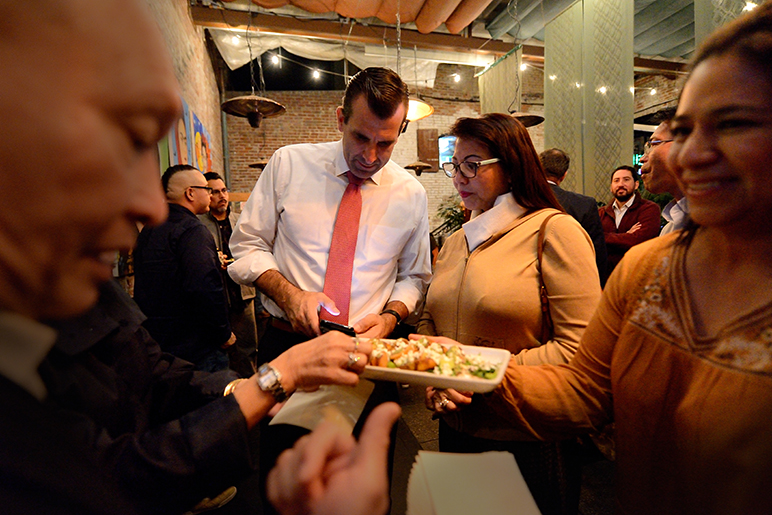 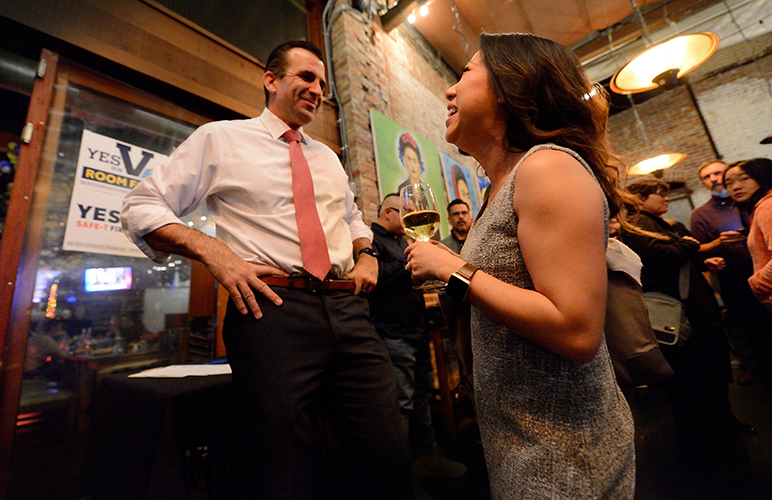 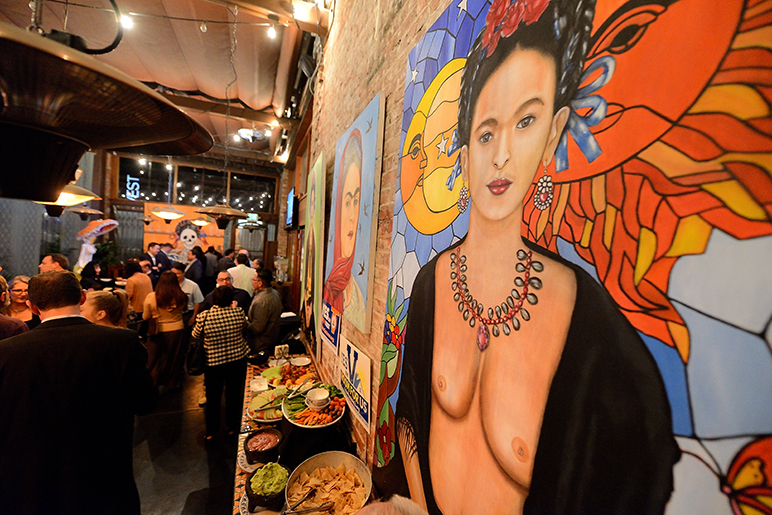 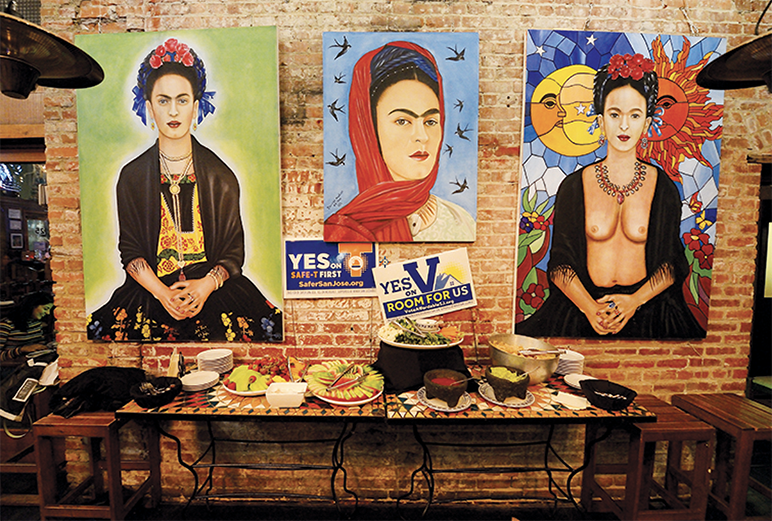 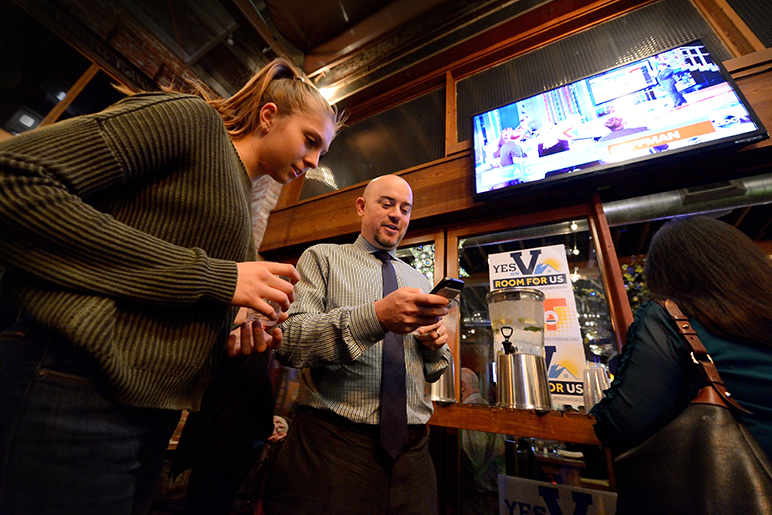