Milpitas Councilwoman Carmen Montano has come under fire for a Facebook post she made about the recent protests in downtown San Jose—and her subsequent call for the City Clerk to make a list of the names of all her critics.

The local lawmaker was among the many volunteers who helped clean up graffiti-stricken downtown after the first weekend of protests against police brutality in light of the murder of George Floyd. But once her work was done, Montano took to social media to share some thoughts that didn’t go over too well with some residents.

“Hoodlums came to loot and destroy businesses in SJ,” she wrote. “Sadly, criminals are taking advantage of peaceful protest and hurting the businesses even further due to the lockdown. No conscience!” 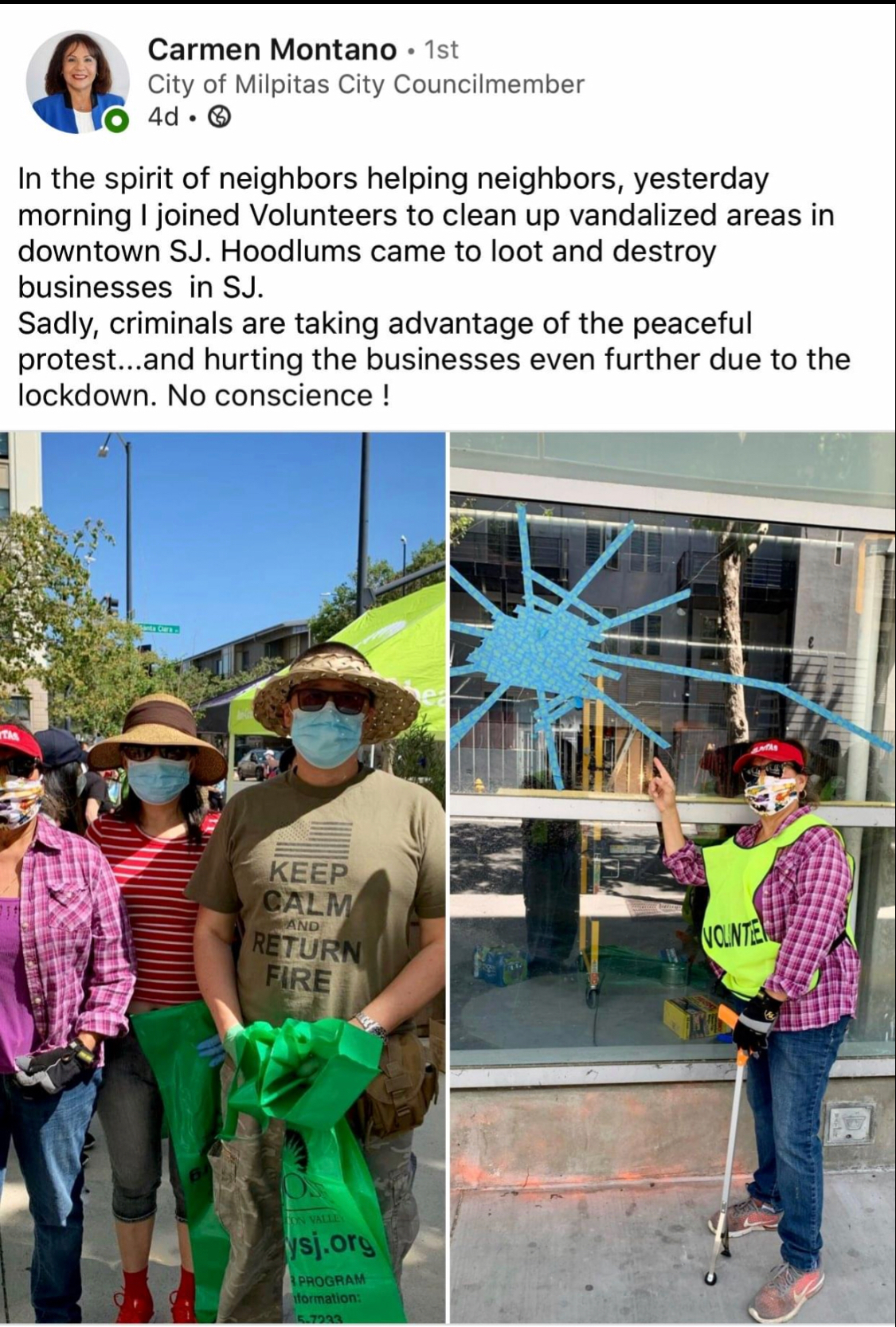 While Montano didn’t exactly call protestors themselves “hoodlums,” her statement was enough to spark outrage from some Milpitians.

“Do Black lives not matter to council member Montano?” resident Warren Brown asked at a recent City Council meeting. “How is it that the mayor and the rest of the city council has taken the knee in solidarity with those of us fed up with systemic racism yet she stays home in silence?”

Other residents called Montano a racist and asked for her to resign.

“She thinks Black people are hoodlums and criminals, probably thinks all lives matter too,” resident Monique Jackson said. “She is unfit to serve office.”

After the onslaught of comments, Montano shot back and said she was “appalled” to hear people accuse her of being racist and called their comments a “defamation of character and slanderous.”

“My grandkids are half Black and half Latino, so for someone to call me a racist, that’s ridiculous,” she said. “I support our Milpitas police wholeheartedly because the first chief that we had, he was a member of the Black caucus and he embraced diversity.”