Urban Confluence Silicon Valley’s bid to build an iconic structure for Silicon Valley on the banks of the Guadalupe River drew more than 900 submissions.

Judges meet today to review the project statements, renderings and videos and select three finalists in the international competition.

The winners will receive $150,000 each to refine the concepts into a buildable icon that would rise at Arena Green at Guadalupe River Park and Gardens.

Among the candidates are two water bridges and floating forests and structures that move, such as this circular walkway, heliotropic flower or rotating obelisk—and a kinetic tower that cleverly rises above the airport flight path height limit during pauses in traffic.

There are proposals for eggs and orbs and spires and flowing structures, unified constructions and fragmented pieces distributed on both sides of the river. Some look like they’ve emerged from the gamer dungeons and monster fantasies, and others are knobby items that look like they belong in nightstand drawers.

The submissions can be reviewed on the Urban Confluence website. To fully disclose, a member of our staff organized a team and submitted a concept, but won’t personally accept any money. According to the contest rules we can’t tell you which one until after September 18, when the three finalists of the competition are announced.

In the meantime, here are a few of the structures that caught our eye. Click the link below the photo for more information about the proposal: 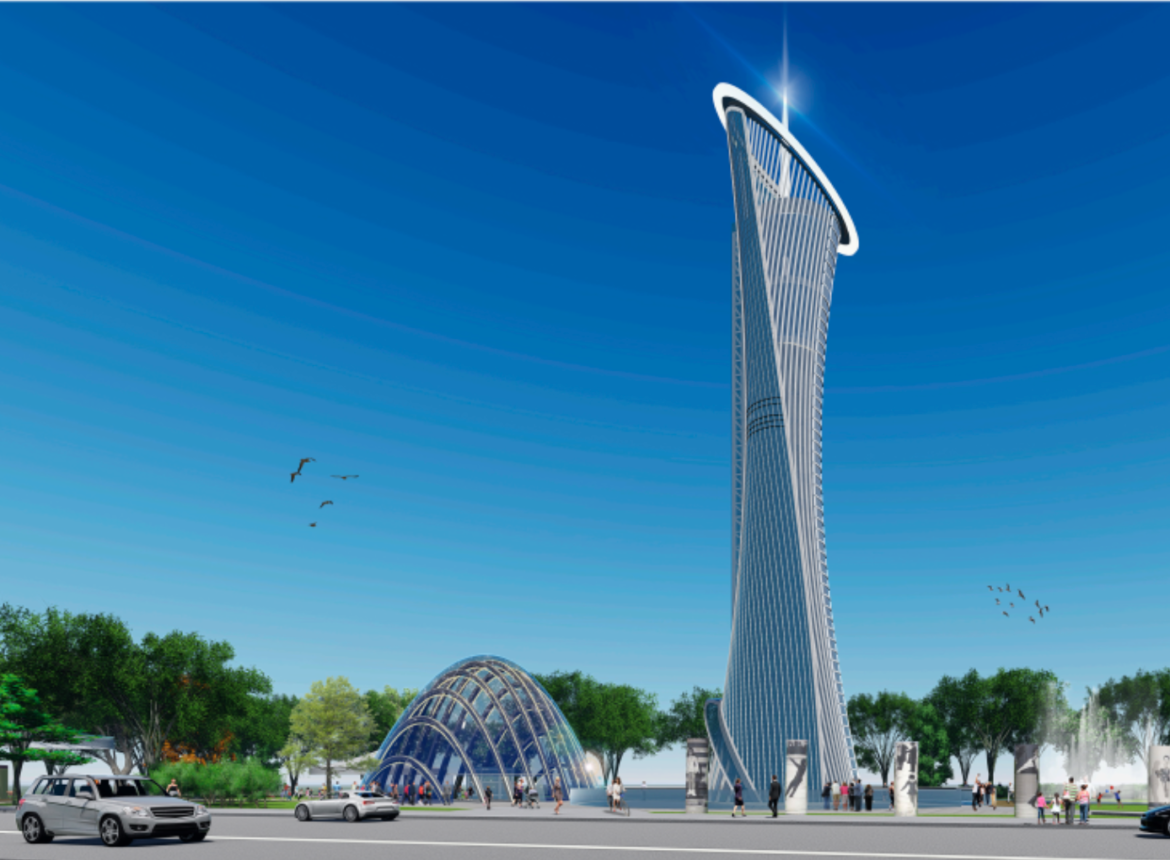 This 200-foot structure, proposed to be built with solar photovoltaic glass, was named for the “population growth that originated between two rivers,” in Silicon Valley.

It is also one of the 47 submissions recommended by the Community Competition Panel, a group comprised of 34 local leaders that submitted a short-list of their favorites. The  Jury of 14 local, national, and international experts will consider all 963 submissions. 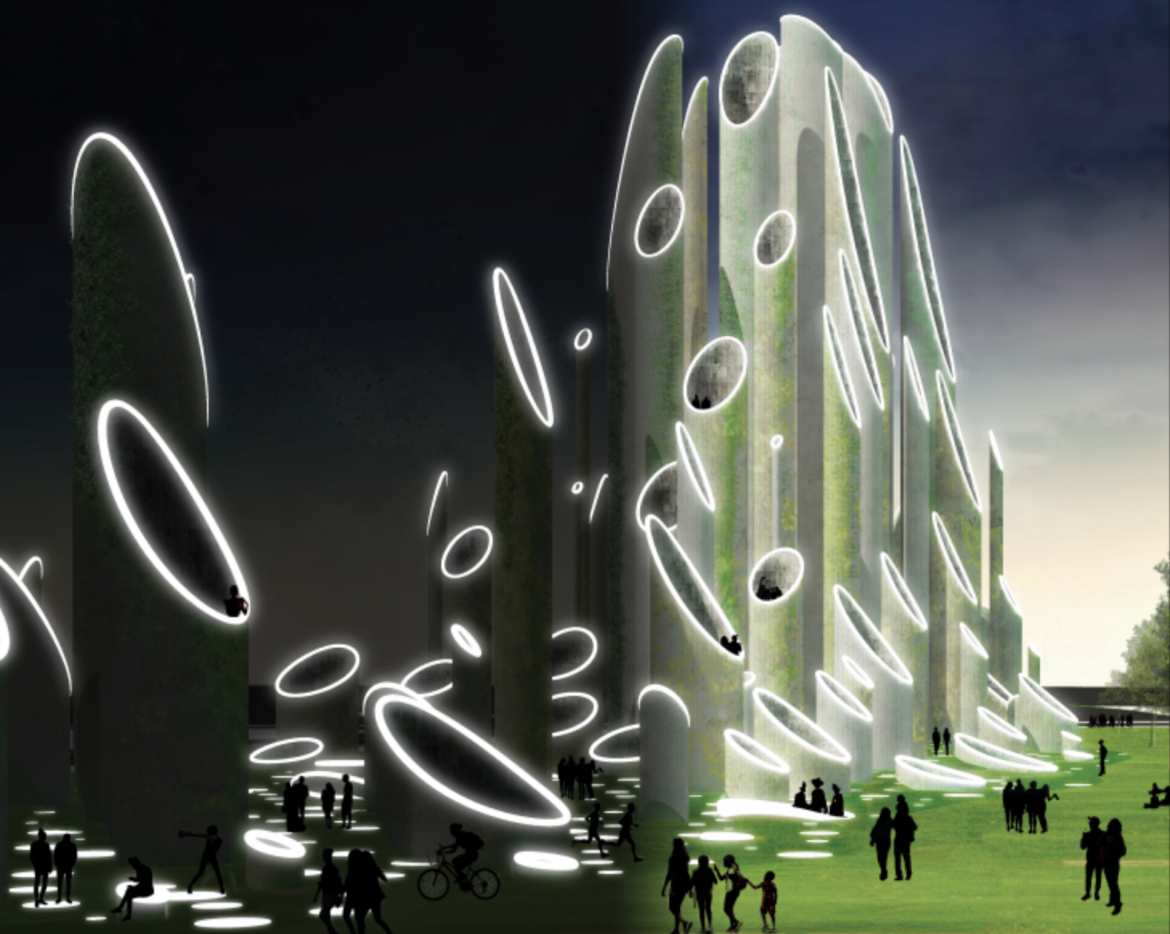 The Constellation of San Jose

The Constellation of San Jose, if chosen, would be comprised by 229 towers—143 in the western part of the park, near the SAP, and 86 on the eastern side of the park—each a little different from on another with programmable lighted rings. It is among the Community Competition Panel-recommended submissions. 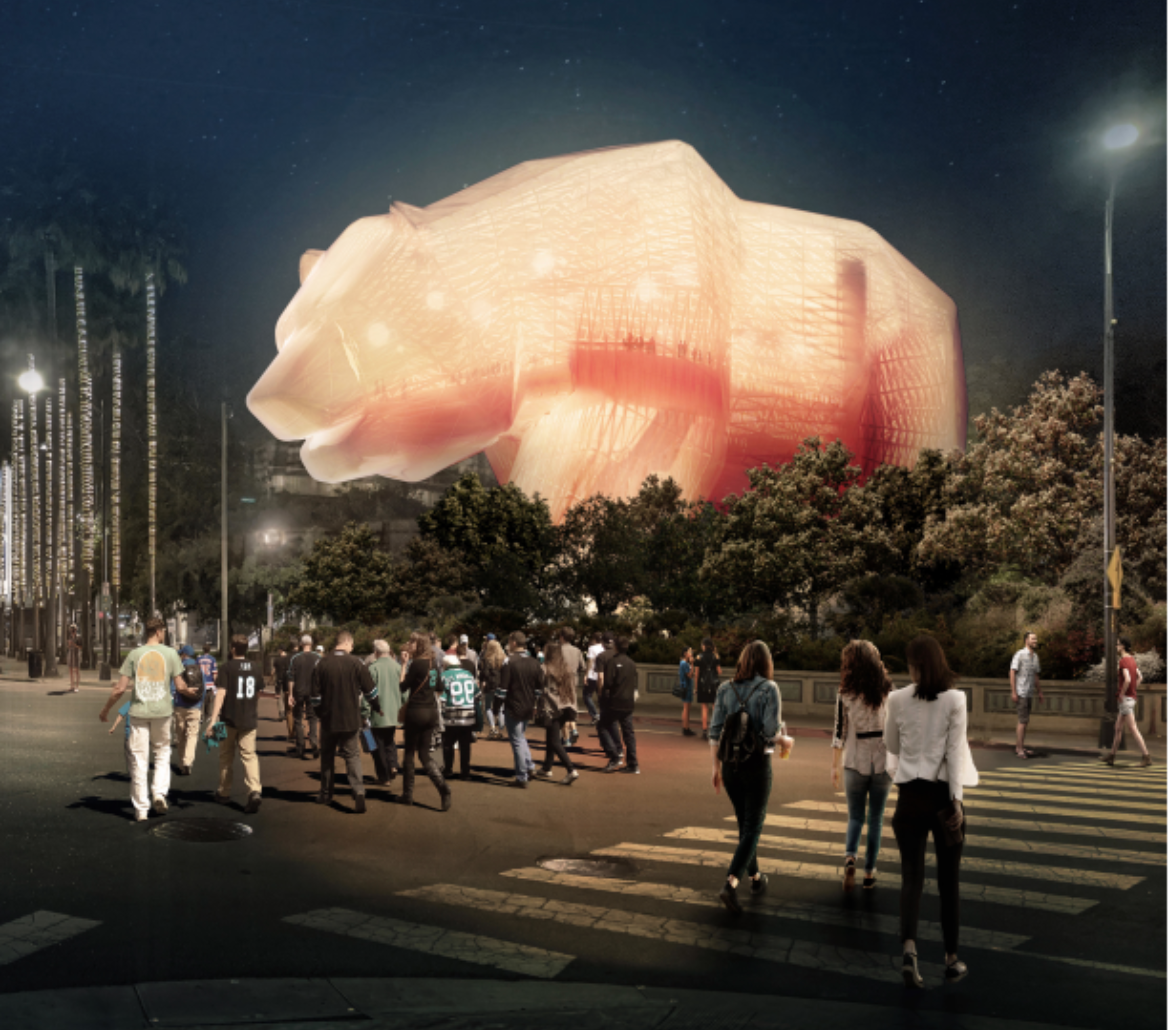 I Am The Bear

I Am The Bear, which would stand 20 times larger than the real-life Grizzly Bear that has become synonymous with California, is both a sculpture and destination. Visitors can enter the bear from its legs. The outside is covered by solar panels and LED lights. I Am The Bear is one of the Community Competition Panel-recommended submissions. 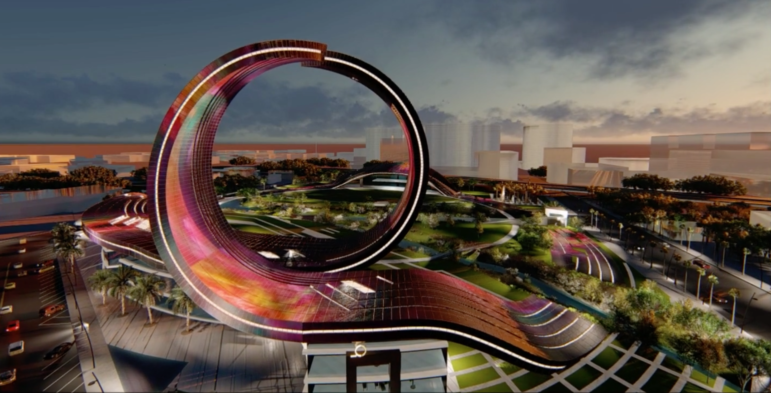 The Knot’s name is a misnomer, as it is comprised of two parts that rise into the air, but don’t quite meet in the middle—a representation of nature and science, the “two main elements that define this city and its message to the world,” according to the submission. Visitors would be able to ride around one of the arches. The Knot is one of the Community Competition Panel-recommended submissions.

The Bay Area is known for its micro-climates, but the Cloud Digital Art Museum promises to make its own climate at the downtown park by capturing rainwater and reusing it. This proposal is among the Community Competition Panel-recommended submissions. 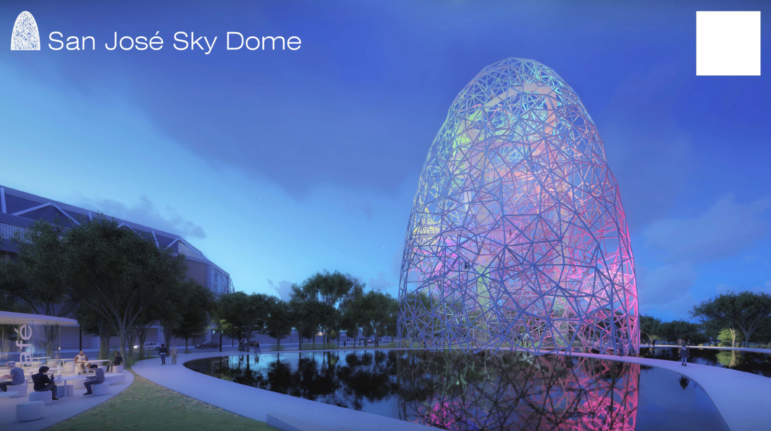 San Jose Sky Dome, a 200-foot mesh-like dome is inspired by the traditional hut used by the indigenous Ohlone communities of Northern California.

Inside is “The Path of Innovation,” a skywalk offering different views of the city, representing a “chronological trip along the history of innovation in Silicon Valley,” according to the submission.

It also includes seven “Sky-Bubbles” with different programming inside and is among the Community Competition Panel-recommended submissions.