Bernie Sanders broke away from the California Democratic Party confab in San Francisco over the weekend to make a campaign stop in San Jose. The Vermont senator was one of 14 Democratic presidential hopefuls in the Bay Area this past weekend, but the only one who made a detour to the South Bay.

Roughly 2,500 people on descended on the Arena Green for the Saturday evening rally, a small but enthusiastic gathering that watched a lineup of speakers including Sanders’ campaign co-chairs Silicon Valley Congressman Ro Khanna and Ben & Jerry’s co-founder Ben Cohen as well as actor Donald Glover and philosopher Dr. Cornel West.

People in the crowd chanted, “Bernie!” as Sanders took the stage to tout his message of economic equity, universal healthcare, free college and living wages for every American. 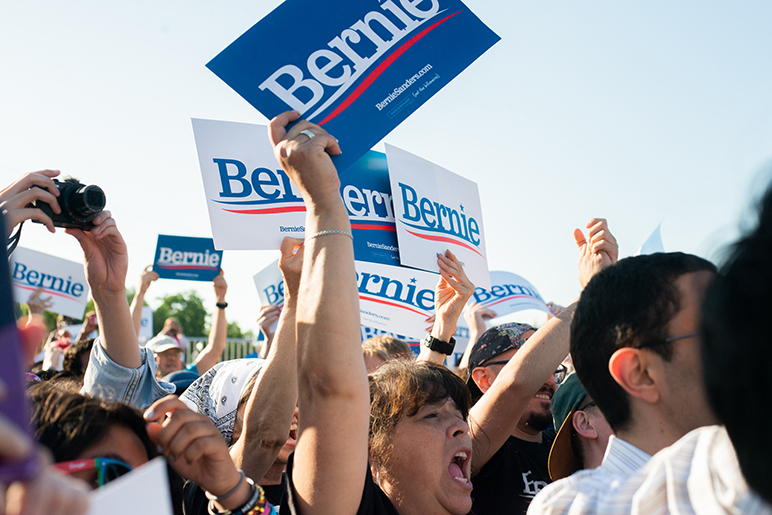 “Sounds like you all are ready for a political revolution,” Sanders said as the crowd roared in excitement. “This is a campaign and a future government that will end what Trump has done with his racism, sexism, homophobia and religious bigotry.”

Sanders vowed to end the greed that he believes has pervaded the insurance, financial and pharmaceutical industries as well as the military industrial complex.

“This campaign is going to transform this country and create a dichotomy and government that would work for all of us—not just the 1 percent,” he said.

“I know a little bit about living paycheck to paycheck because that’s the family I grew up in,” he said. “All over this country, people are scared to death living under enormous anxiety maybe their kids will get sick, maybe they will end up in the hospital. They have no idea in the world how they are going to pay those bills.” 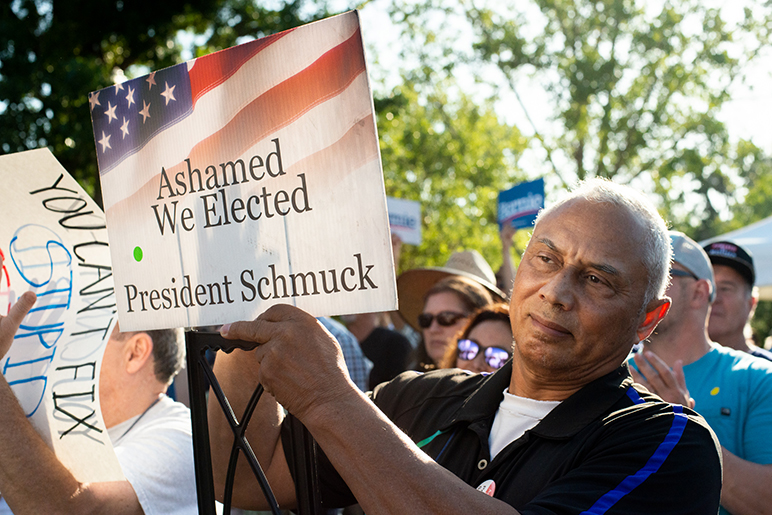 Sander called out specific corporations—Amazon and Walmart—for paying low wages, and said he’d be going to Walmart’s corporate headquarters this week to pressure the company to up its worker compensation.

“The Walton family ... is worth $175 billion,” Sanders said as the audience booed his mention of the name. “And yet, that family pays its workers wages that are so low that many of those workers are forced to go to food stamps, Medicaid, and subsidized housing. And who pays for those workers food stamps and Medicaid?”

“We do,” the crowd replied.

Attendees who spoke to San Jose Inside applauded the candidate’s consistency and persistence in proclaiming his message about a more equitable future. 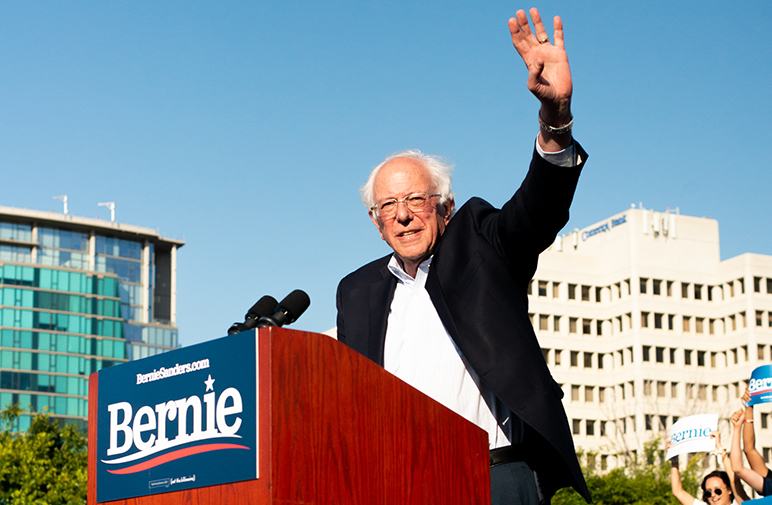 “Bernie is sane,” said Erica Chapin, a Santa Cruz resident who carried a “Bernie” placard alongside her granddaughter. “He walks the walk. The financial inequality and the racism that Trump has set loose in this country is abhorrent. Bernie is the antidote. He is doing this for others, not for himself.”

“Bernie is the only candidate that is fighting for the rights of all people,” he said. “He is trying to get the money to flow back down to the most vulnerable people.”

As a transgender person, Chris Falcone said Sanders’ message of justice for all communities is especially resonant. “All the other progressives have forgotten about us and the Trump administration seems to hate us quite a bit,” Falcone said. “Sanders sticks up for us when nobody else will.”

From the podium, West praised Sanders as a visionary and Glover read the 1936 Langston Hughes poem “Let America be America Again.” Khanna decried what he sees as a media bias against his preferred candidate.

“The media does not understand Bernie Sanders,” he said. “They describe this as a campaign of anger and frustration. This is a campaign of redeeming the promise of this country: a country that believes we can honor the dignity of every single human being.”

All photos by Nicholas Chan.