Some small businesses in San Jose are now eligible for a financial boost as city officials set aside $3.8 million to help mom-and-pops stay afloat during the pandemic.

The Small Business Rent Relief Grant program will offer up to $15,000 to companies located in the city to cover leasing costs between March and the end of the year. That money will come from the city’s federal coronavirus relief budget and will be doled out by the Enterprise Foundation and SBDC Hispanic Satellite on behalf of the city.

Applications are due by Sept. 22 and city officials expect to give out at least 250 grants, according to Mayor Sam Liccardo.

“We know a lot of small businesses have been struggling, and many have closed their doors, over the last six months,” he said earlier this week.

San José small businesses can now apply for grants up to $15k to cover unpaid/pending rent through 12/30/20. This funding is made available by @CityofSanJose—allocating $3.8M in federal Coronavirus Relief Funds to assist small biz. To apply + learn more: https://t.co/phzpZYpWfP. pic.twitter.com/9bSNdd5iA7

San Jose’s program comes with a slew of eligibility requirements, including that the business owners live in Santa Clara County, meet a certain income level and the company must have lost 20 percent of its gross revenue or staffing hours due to the pandemic.

“We’re really trying to target many of our small businesses that are owned and operated by families of limited means,” Liccardo said. “Particularly, many of our immigrant-owned businesses that we know are struggling mightily right now, with the hope that we can give them just a little more runway to pay some of their rent and help them be able to get back on their feet in this tough time.”

Franchises, chains, home-based companies or adult-only operations need not apply, according to the city. Daycares won’t be given this round of grants, either, but Liccardo promised a different federally funded program for those types of companies “soon.”

The announcement marks the second round of city grants for small businesses, after the first round was quickly snapped up by struggling entrepreneurs.

Dan Phan, who co-owns three downtown San Jose restaurants—Original Gravity, Paper Plane and MiniBoss—said he will apply for the funding. He didn’t try for the first round of grants because he didn’t qualify at the time. “This grant would help make ends meet for another month, and then after that, we’re just going to, well, we won’t be able to pay our bills after that,” Phan said in an interview Wednesday. 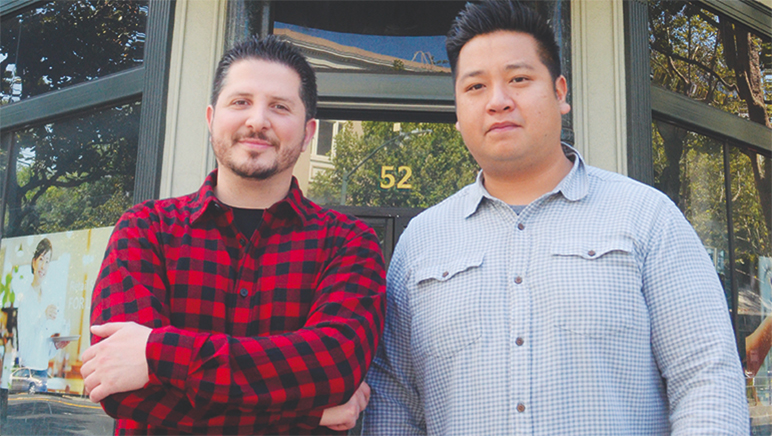 Dan Phan and George Lahlouh, along with partner Johnny Wang (not pictured), created MiniBoss, a bar and old-school arcade in the old Toons lounge. (Photo by Nick Veronin)

He said he’s been stringing together loans, grants, savings and other funding to keep the companies afloat this year in hopes that something changes by the new year to bring customers back in a meaningful way.

One of his restaurants, Paper Plane, has been open for limited service through a partnership with Scratch Chicken, which is using the space. The other two companies have been closed for months because the areas around the restaurants aren’t ideal for outdoor dining, Phan said.

Until something changes, grants like those offered by San Jose are “a lifeline,” albeit a temporary one, he added.

At Original Gravity, for instance, a $15,000 grant would cover almost two months of rent. But at Paper Plane, that money would cover rent for about a month. One $15,000 grant wouldn’t cover even one full month of rent at MiniBoss, which opened only a couple years ago with a more expensive lease as downtown began to grow.

Other local business owners who spoke to San Jose Inside Wednesday said they hadn’t heard about the grant program, but thought it would be useful if their companies qualify. 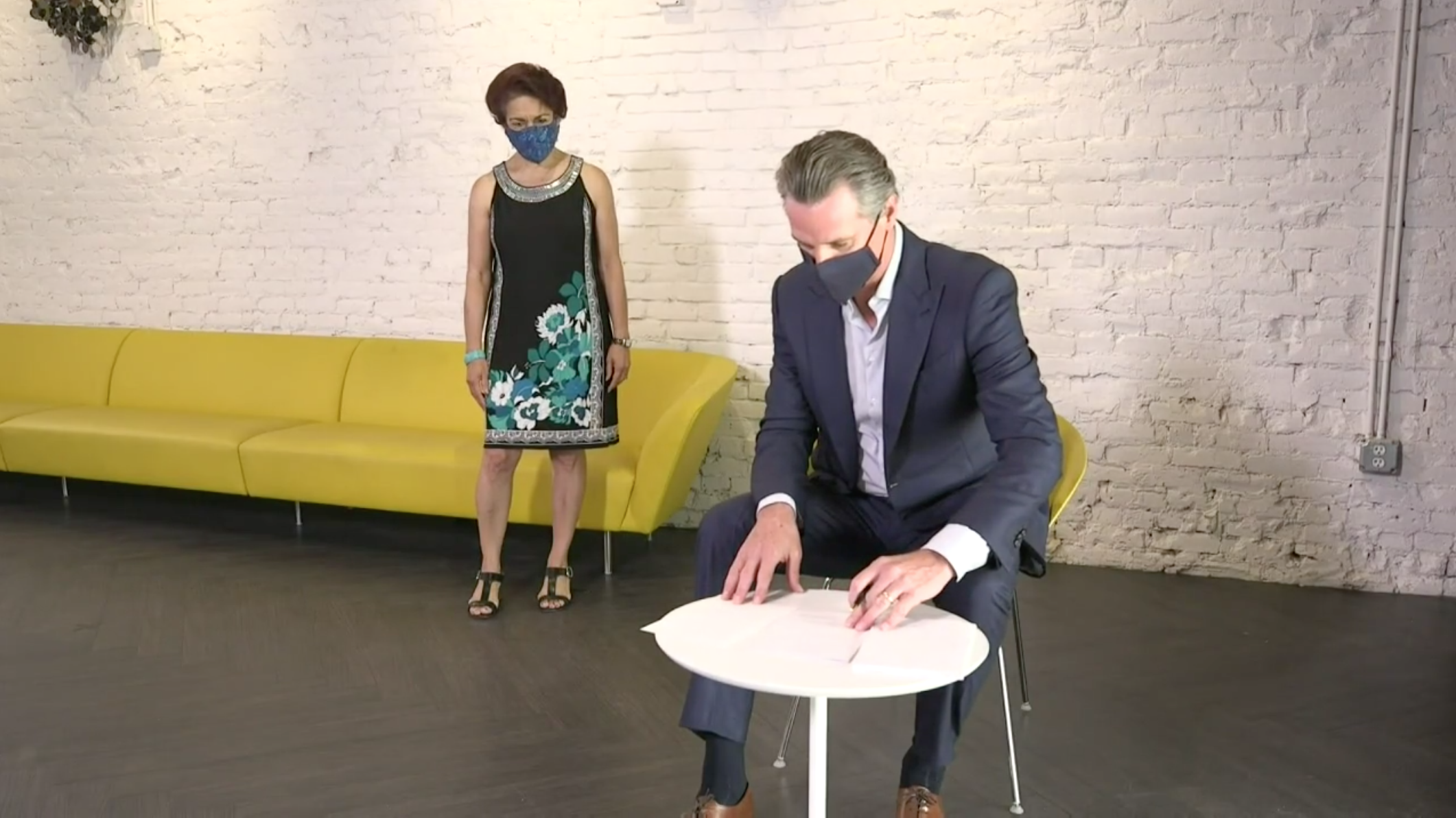 Gov. Gavin Newsom signed a trio of bills to help small businesses across the state as they struggle under the weight of the pandemic-induced recession. State Sen. Anna Caballero (D-Salinas), who championed one of the bills, watches.

San Jose’s program came almost simultaneously with Governor Gavin Newsom’s announcement of a trio of newly passed state laws designed to help small businesses across California. Up to 44 percent of small businesses in the state are at risk of shuttering for good, according to a recent Small Business Majority survey.

Many of those are minority-owned companies, according to Newsom.

“This is about the California dream, and this is about embracing that dream in a more robust and arguably refined way,” the governor said.

The bills he signed into law include an initiative to ensure that small businesses that got Paycheck Protection Program money won’t be taxed on those funds later. Another law will offer tax credits to companies that take on new hires or bring back laid-off workers.

“We’ve asked everybody to make sacrifices both personally and professionally in terms of the business community, but they’re looking for hope,” said state Sen. Anna Caballero (D-Salinas), one of the lead authors of the tax credit bill. “[Business owners are] looking for leadership, and they’re looking for the opportunity to be able to access resources to make them successful, and this tax credit is going to be tremendously important.”

The third bill signed into law Wednesday would speed up the use of $561 million in state bonds to jumpstart construction projects, which is part of a larger effort to help businesses across the state, Newsom said.

“I recognize that each and every small business is not just about dollars and cents,” Newsom said. “It’s about dreams, it’s about people coming together, families putting everything on the line for opportunity, for new beginnings.”