To kick off the #BeautifySJ campaign highlighted in his State of the City speech over the weekend, San Jose Mayor Sam Liccardo set aside Monday morning to pick up illegally dumped trash.

The campaign builds on a years-long effort by the city to combat illegal dumping, which has been on the rise as the housing crisis displaces families and forces thousands of people to sleep on the streets and riverbanks. According to a report going before the City Council on Tuesday, the city has cleaned up nearly 1,200 mattresses, 620 shopping carts, 320 tons of debris, 422 gallons of motor oil, 148 gallons of paint and 151 gallons of human waste since last summer. 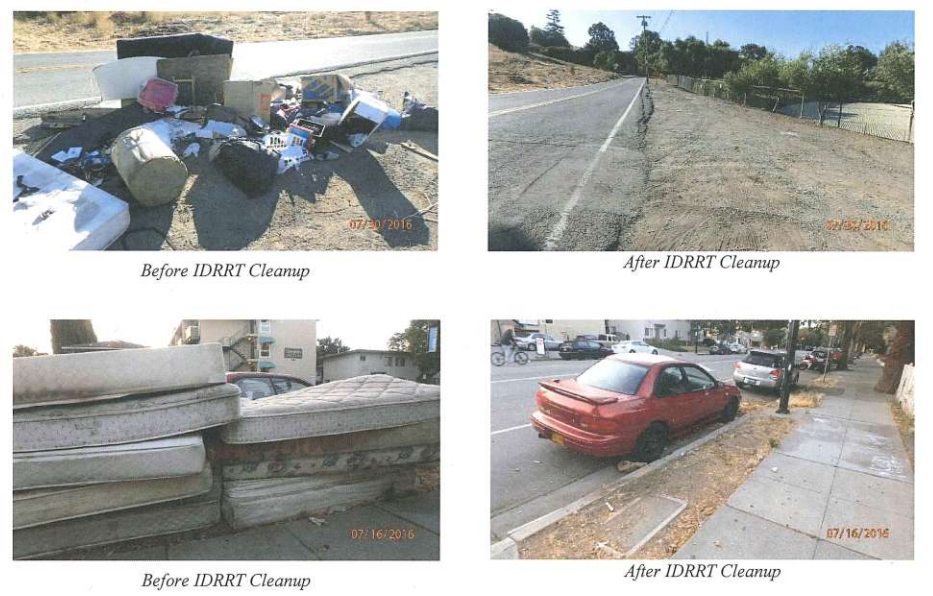 Since San Jose began offering free junk hauling for single-family homes in 2014, the number of pickups has grown from 7,050 to 15,240 this past fiscal year. The mayor will ask the council this week to consider expanding the program.

Liccardo’s #BeautifySJ campaign will leverage partnerships with CalTrans and expand neighborhood grants for localized cleanups. For more on that, visit www.beautifysj.org.

The Mayor has announced a new citywide plan to help #BeautifySJ. Sign-up to hear about future volunteer activities @ https://t.co/THsUN9zQzp

The city’s illegal dumping response team fields about 26 calls for service per day, according to the status report. About 70 percent of the calls relate to junk left on public right-of-ways.

To keep up with the demand, the city’s Environmental Services Department has teamed up with the Santa Clara County Sheriff’s Office weekend work program, which assigns low-level offenders to community service in lieu of jail. On average, the city gets help from seven weekenders a day, five days a week.

For homeless encampments, the city sends out its Homeless Response Team, which tries to connect people with social services before dismantling the camps. Volunteers then help clean up remaining trash and watershed rangers patrol the area to prevent people from resettling.

In December, the county entered into a $790,320 agreement with the California Department of Transportation to help with trash pickup. The funding pays for a crew of six “at-risk” teens and young adults to clean up and maintain Caltrans right-of-ways.

As part of the city’s mid-year budget review, the council will consider spending $133,000 to install cameras, signs, gates or lighting in 10 hotspots that account for about half of all reports of illegal dumping.

More from the San Jose City Council agenda for February 14, 2017: