Susanne Boothe Wilson, who died Wednesday at age 90 after a months-long battle with cancer, left an indelible mark on Silicon Valley politics, the men and women she mentored and every organization she served.

She paved the way for women in elected office, serving from 1974 to ’78 on the San Jose City Council and ’79 to ’91 as a Santa Clara County supervisor when the region was known as the feminist capital of the nation.

She championed gay rights at a time of widespread hostility toward queer and trans people and when defending them was a politically liability. “I had doors slammed in my face,” Wilson told CreaTV’s Valley Politics host Terry Christensen during a 2017 interview about the blowback she and her allies faced for supporting a county ban on discrimination based on sexual orientation.

She fought for Valley Medical Center—the only local hospital that treats patients even if they can’t pay—when a county executive wanted it closed for good.

Wilson, who preferred to be called Susie, died in her San Jose home after months of treatment at the same hospital she worked tirelessly to support.

Born in Gonzales, Texas, on Sept. 30, 1928, according to the Mercury News, Wilson moved to California in 1961 after the U.S. Navy discharged her husband, Bob.

Years before her foray into local politics, Wilson volunteered for the YWCA of Silicon Valley, where she taught women to sew. She continued to support the nonprofit in the decades to follow and spearheaded a fundraiser for a low-income apartment complex that was named after her when it opened in 1995.

News of her death prompted an outpouring of grief on social media.

Wilson co-founded the VMC Foundation and worked closely with Wilder over the years. Last month, the county Board of Supervisors named the Women and Children’s Center at VMC after Wilson for her role in saving the hospital and continuing to support it through the foundation. “She will always be my friend and mentor,” Wilder continued in his online post. “Rest in power, Susie.”

Terming-out county supervisor Ken Yeager—who in 1992 became the South Bay’s first openly gay elected official—penned a heartfelt essay about Wilson, one of his early role models, whom he called a dear friend and “one of the most prominent political figures in the history of Santa Clara County.” 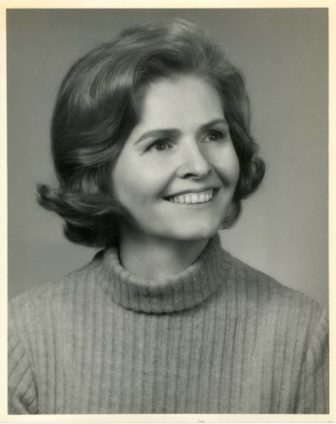 “She was a longstanding advocate and champion of equal rights for women, children, minorities, and the LGBTQ community,” wrote Yeager, who met her 43 years ago when he was a SJSU poli-sci student taking courses from Christensen. Yeager said he interned for Wilson while she was on the council and worked for her 1976 re-election campaign.

During her 12 years as supervisor, she protected Valley Med from budget cuts, helped it acquire properties that would later comprise a thriving hospital campus and raised money through the foundation for life-saving equipment and other needs. And in 2008, Wilson campaigned for a successful $840 million bond measure that helped Valley Med keep its lights on and survive several years of economic austerity.

“I owe so much to Susie for a great career, for a great mentorship and for a great friendship,” he said. “I’ve always appreciated all the work she has done as an elected official and in the decades that followed.”

Yeager’s board colleague, Supervisor Cindy Chavez, shared photos on Facebook of Wilson at the Nov. 6 meeting where the board voted to christen the VMC women’s center in her honor. “We cherish that day,” Chavez wrote.

Teresa Alvarado, the San Jose director of urban planning nonprofit SPUR, called Wilson a “trailblazer and true feminist” who mentored other women, people of color and LGBTQ folks throughout her life.

“And she was just a plain hoot,” Alvarado added. “We’ve lost a very special lady.”

On Twitter, San Jose Mayor Sam Liccardo mourned the loss of “a fierce leader and feminist champion, whose legacy continues to serve our community today.”

San José lost a fierce leader & feminist champion yesterday, whose legacy continues to serve our community today. My thoughts are with Susie's family at this time. https://t.co/w5J4HdWETX

Assemblyman Kansen Chu (D-San Jose) thanked Wilson for being a “dedicated public servant,” he wrote, and “making our community a better place for everyone.”

The YWCA of Silicon Valley shared a quote of Wilson’s: “A real leader doesn't really look to be one—you just have to care enough about other people that they choose you.” And it thanked Wilson for her decades of dedication to the organization, her advocacy in elected office and as a private citizen and standing up for racial justice and gender equality.

“In her 45 years of service to the YWCA, Susie played an integral role in insuring that the 100-year history of the YWCA was written and published in 2005,” the nonprofit stated in a Facebook post. “She was chair of the YWCA Capital Campaign from 1990-1993, which raised the $3M that made it possible to construct the first two floors of our building on South Third Street, now named the Susie B. Wilson Residence in her honor. Susie was a long time distinguished volunteer for the YWCA. In recognition of her commitment, a scholarship is awarded in her name at the Tribute to Women dinner.”

The YWCA also posted a video of Wilson in which she reflects on her passion for empowering women and children.

The National Women’s Political Caucus of Silicon Valley, a group Wilson co-founded, mourned the passing of a “FEMtor,” “kind and brilliant leader and friend.”

“With her passing, we share something she always told us,” the nonprofit advocacy group wrote in a public statement. “Qualities a candidate MUST have: 1. Superb health; 2. Be a speed reader; 3. And be a gutsy masochist. Susie, thank you for being a gutsy masochist.”

Wilson is survived by sons Bill, Rob and David, daughters-in-law Viki, Tracy and Linda and seven grandchildren. The family will host a public memorial service next month at Cambrian Park Methodist Church, the congregation the joined upon moving to San Jose.