Despite, or perhaps because of, an aggressive last-minute push by progressive activists ahead of a crucial deadline, legislation to create a government-run universal health care system in California died Monday without coming up for a vote.

The single-payer measure, Assembly Bill 1400, was the latest attempt to deliver on a longtime priority of Democratic Party faithful to get private insurers and profit margins out of health care. Because it was introduced last year, when it stalled without receiving a single hearing, it needed to pass the Assembly by Monday to continue through the legislative process.

But even the threat of losing the party’s endorsement in the upcoming election cycle was not enough to persuade the Assembly’s Democratic supermajority to advance the bill for further consideration, effectively killing the effort for another year. 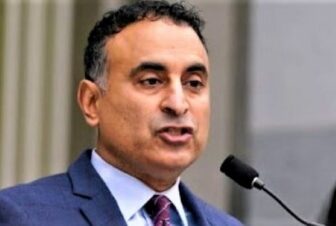 After several tense hours Monday afternoon, during which a scramble of meetings took place just off the Assembly floor, Kalra, the San Jose Democrat carrying AB 1400, announced that he would not bring up the measure for a vote.

Kalra declined multiple requests to discuss his decision and whether he would seek another path forward for his proposal. Following the floor session, he waited on a members-only balcony outside the chamber until a group of reporters was told to leave by a sergeant-at-arms.

“I don’t believe it would have served the cause of getting single payer done by having the vote and having it go down in flames and further alienating members,” Kalra said on a Zoom call with disappointed supporters later in the evening, in which he shared that he believed the bill, which needed 41 votes to pass, was short by “double digits.”

The political obstacles to such a radical restructuring of the health care system remain enormous, even in a state as putatively liberal as California.

The influential California Chamber of Commerce, which represents business interests in the state, labeled AB 1400 a “job killer” shortly after it was reintroduced in January, indicating it would be a top priority to defeat. Its lobbying campaign — joined by dozens of insurers, industry groups and the associations representing doctors and hospitals — included social media advertisements and a letter to members denouncing the “crippling tax increases” that would be needed to pay for the system. After the bill stalled Monday, the chamber declared it would be ready if ideas from the “dangerous proposal” resurfaced.

Republicans were eager to make it into an election issue this year. Though Kalra’s bill was largely conceptual, with a separate measure introduced to address the financing, they attacked it as a massive tax hike on Californians. (Kalra proposed a series of taxes on businesses and high-earning households to fund the single-payer system, estimated by legislative analysts to cost between $314 billion and $391 billion annually.) A 4,000-page petition signed by voters who opposed AB 1400 sat in the back of the chamber on Monday for Assembly Republican Leader Marie Waldron of Escondido to use as a prop in a floor debate that never happened.

Democrats also faced a squeeze from the left flank of their party. Activists with the California Democratic Party’s progressive caucus said last week they would push to withhold endorsements from members who did not vote for the bill. That ultimatum generated fierce anger in the Assembly caucus from members who felt cornered, though many refused to speak publicly about their frustration.

The decision not to bring up AB 1400 for a vote on Monday may have been about protecting members from having to take a position one way or the other on the bill, as Assembly Speaker Anthony Rendon did with the last single-payer measure in 2017.

Legislation to move the state toward a government-run health care system passed the state Senate that year, but was held by Rendon without a hearing because the bill included no plan to pay for it. That put him in the crosshairs of single-payer supporters, who blasted him on billboards.

This time, Rendon said he supported the effort, but he was not closely involved in rounding up votes for AB 1400. He declined to answer questions after the floor session on Monday and, in a statement, he pushed the blame onto Kalra.

“The shortage of votes needed to pass this bill out of the Assembly indicates the immense difficulty of implementing single-payer healthcare in California,” he said. “Nevertheless, I’m deeply disappointed that the author did not bring this bill up for a vote today. I support single-payer and fully intended to vote yes on this bill.”

The explanations are unlikely to assuage the measure’s most enthusiastic proponents.

The California Nurses Association, the main sponsor of AB 1400, slammed Kalra for “providing cover” for his colleagues by not holding a vote.

“Nurses are especially outraged that Kalra chose to just give up on patients across the state,” the association said in an unsigned statement. “Nurses never give up on our patients, and we will keep fighting with our allies in the grassroots movement.”

Amar Shergill, chairperson of the California Democratic Party’s progressive caucus, said he would continue with plans to pull endorsements from Assembly members who did not publicly support the bill.

During the Monday night call, he and other advocates repeatedly criticized Kalra for setting back their movement and urged him to name the members who were opposed. “We are protecting them from negative scrutiny of a ‘no’ vote,” Shergill said.

Kalra said it would give him more time to work on winning over colleagues who were on the fence about AB 1400 and try again next year.

One prominent Democrat who did not express support for AB 1400 was Gov. Gavin Newsom, who ran for office in 2018 on a platform to create a single-payer system in California but has since distanced himself from that pledge.

During a press conference in January to unveil his budget proposal, Newsom reiterated that he believed “the ideal system is a single-payer system,” but dismissed questions about Kalra’s approach.

“I have not had the opportunity to review that plan, and no one has presented it to me,” Newsom said at the time.

As AB 1400 marched toward defeat, the governor remained mum. His public remarks in recent weeks focused instead on several of his own budget proposals that he said would bring universal health access to California, including an expansion of Medi-Cal, the state’s health insurance program for the poor, to all residents regardless of their immigration status.

The distinction he has drawn between universal access to health insurance and an actual universal health care system has infuriated the nurses’ union, one of his earliest endorsers during the 2018 campaign, who accused him of flip-flopping on single payer. It seems unlikely to cause him much trouble in his upcoming re-election campaign, however, where he has yet to draw a significant challenger.

Alexei Koseff is a reporter with CalMatters.