The Santa Clara Valley Water District plays by its own rules, which is especially easy when its rules were made to be broken. Last month, CEO Beau Goldie ignored his own staff’s allegations regarding improper billings by consultant RMC Water and Environment. He boldly announced that the $2.3 million paid to RMC for its Lower Silver Creek work followed all district policies. But a review of documents found that senior counsel Leslie Orta alerted top-level staff as far back as September 2014 that Goldie ran afoul of rules by repeatedly increasing RMC contracts without board approval. A district employee tells Fly the emails are a “smoking gun,” and Goldie’s minions have been searching fruitlessly for a way to explain it away. Since then, the district has refused to comment on or release the emails, dubiously invoking attorney-client privilege. That aligns with a previous decision to shield a “firewall” agreement with Melanie Richardson, a senior district staffer who coincidentally happens to be married to one of RMC’s owners. Goldie and others maintain that Richardson steered clear of RMC business, even though she supervised the work of district staffers who did. Richardson admitted in an interview that she doesn’t have to leave the room when RMC business is discussed, which should help her this week as she lobbies for federal dollars in Washington D.C. Joining board members Gary Kremen, Barbara Keegan and other district staff, Richardson will be asking for money for recycled water and supply projects; the same projects RMC is expected to bid on in the future. As if the district didn’t already miss the point, though, tipsters say labor relations officer Michael Baratz, communications director Teresa Alvarado and CEO Goldie have formed a conspiracy of dunces to do “deep research” into Kremen, Keegan and even San Jose Inside staff. Adding to the paranoia, Goldie sent out a memo last week suggesting the district had been targeted by a “spoofing” attack to release confidential documents. Hard to say what the point of that would be when the district leaks those docs it on its own.

Below is a full copy of one of Leslie Orta’s emails, which the district refuses to release. The email shows district staff was aware CEO Beau Goldie broke district of rules and lied to the Board of Directors about processes being followed regarding RMC contracts. 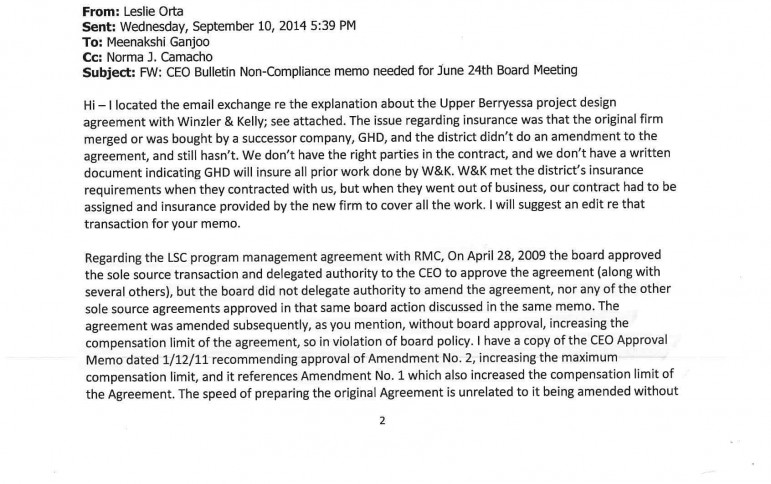 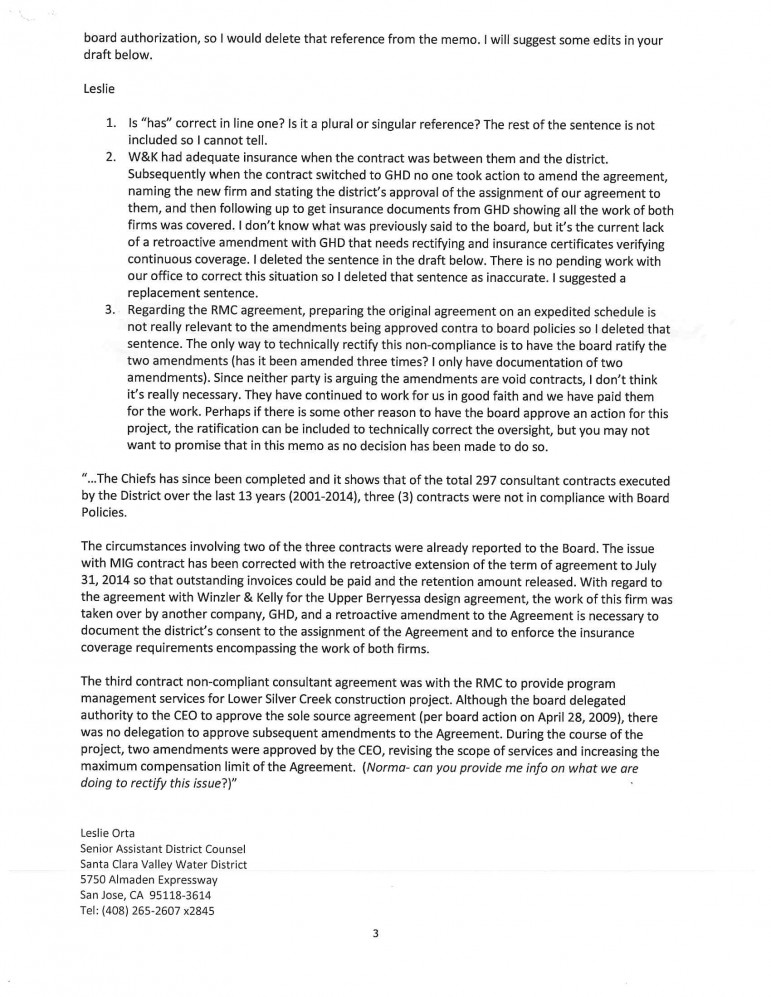