The term “fake news” gets thrown around frequently these days, but the Santa Clara Weekly might want to slow its roll in claiming moral high ground. Earlier this month, Fly reported on Weekly publisher Miles Barber’s lawsuit against blogger Robert Haugh, who’s been critical of his former employer—particularly about favorable coverage for the San Francisco 49ers and certain elected officials. A day after the story was published, Weekly editor Angie Tolliver emailed a demand for correction, noting that Haugh was fired instead of departing voluntarily. Having been accused last year of “hipster racism”—whatever that means—by Weekly reporter Carolyn Schuk, Fly elected to pose some questions to Tolliver and ask why Haugh was sacked. Tolliver replied by email: “You know I legally can’t disclose the reason for an employee’s termination.” Fly informed Tolliver it did not know this, as state law doesn’t forbid former employers from disclosing the reasons for a termination, though there’s civil liability exposure for maligning a person’s employment prospects, which includes disclosing that they were fired. 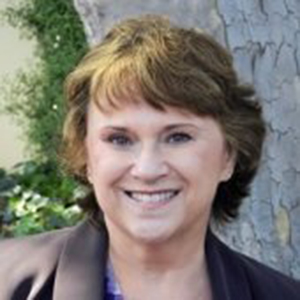 Carolyn Schuk founded the Santa Clara Performing Arts Foundation and then went about getting money from the same people and companies she covers as a reporter for Santa Clara Weekly. This was never disclosed to readers. (Photo via LinkedIn)

Fly also asked how the Weekly felt about its City Hall reporter, Schuk, reporting on a nonprofit arts foundation she created without mentioning this little detail to readers. Melissa McKenzie, a fellow Weekly staffer and board member for the nonprofit, also neglected to disclose this conflict to readers. Fly then asked if it was ethically appropriate for its journalists to report on elected officials who have also supported the Santa Clara Performing Arts Foundation. Elected officials who have given tax-deductible cash to the nonprofit, according to its website, include: Santa Clara Mayor Lisa Gillmor’s real estate company; council members Teresa O’Neill and Pat Kolstad; City Clerk Rod Diridon Jr.; U.S. Rep. Ro Khanna; and former Mayor Jamie Matthews. Other donors include the 49ers, who were noted as “outstandingly generous sponsors,” and developers who have major contracts in front of the City Council, such as the Related Companies’ $6.5 billion retail project. Tolliver then said all of her emails with Fly were “off the record,” which again is not how journalism works. Common practice requires both sides to agree to speaking terms before a conversation. Tolliver told Fly that she doesn’t believe Weekly reporters are influenced by their volunteer organizations.” Schuk refused to meet with Fly to review her nonprofit’s financials, which do not have to provide itemized accounting to the IRS because the nonprofit reports annual gross receipts of $50,000 or less. Schuk ignored emails asking why she and the Weekly have repeatedly failed to disclose her conflicts of interest to readers.

Correction: In the March 22 Fly column “Record Skips,” Fly wrote that Santa Clara Weekly writer Carolyn Schuk had “routinely” reported on a nonprofit arts organization that she founded and operates, according to the nonprofit’s website, without disclosing an apparent conflict of interest. We should have more precisely written that she wrote two bylined stories, according to the nonprofit, which doesn’t necessarily add up to a routine, and that Weekly writers, including Schuk, wrote at least 10 stories about the Santa Clara Performing Arts Foundation over a three-year period. And while it is true that Fly asked if it was ethically appropriate for journalists to ask story subjects for money, we didn’t have any actual proof that writers were “shaking down sources for money” as we indelicately put it, or that Schuk personally benefitted in any way from the philanthropy. An attorney for Schuk notes that her client “receives no salary or any other sort of monetary compensation” from the nonprofit. San Jose Inside regrets the errors.