Brian Bates, who recently left San Jose State University after serving as associate vice president of alumni and community engagement and executive director of the alumni association, has died at the age of 47.

News of his death of natural causes resulted in an outpouring of comments and remarks on social media from students, alumnil, colleagues and administrators

Friends said he was traveling when stricken in Denver, where he had stopped en route to visiting family. He died on March 6.

Bates left San Jose State for a new position in health care, as system director of philanthropy communications and engagement at CommonSpirit Health. 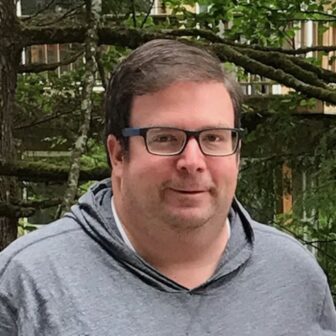 In addition to his 15 years at San Jose State, Bates was a former board member of the San Jose Downtown Association and former chair of its finance committee.

"Brian Bates was a warm, caring individual who put his heart and soul into his work,” said San Jose State Interim President Steve Perez. “I imagine there are countless SJSU alumni and supporters of our university who were touched in some way by his efforts, so Brian leaves behind an extraordinary legacy."

In a statement today, the alumni association said it is “saddened by the sudden loss of Brian Bates, our one-time leader and Spartan at heart.”

Bates will be recognized at the March 11 alumni council meeting.

Bates is a native of Pullman, Washington, and graduated from Washington State University, which is located in Pullman. He also held a master’s degree in public administration from CSU Dominguez Hills. Prior to coming to San Jose, he served Washington State for 10 years.

He was a member of the CSU Alumni Council board of directors for over 10 years, including terms as the alumni directors’ representative – a role his colleagues elected him to – and a member of the Trustee Selection and Evaluation Committee.

In addition to his work in alumni relations at San José State, Bates most recently guided the management and logistics of the university’s commencement ceremonies.

Visit this site for more information about his memorial and funeral services, or to write a special note about Brian Bates.