The end is nigh. For the election, that is. But with all the race baiting, pussy grabbing and doomsday rhetoric—not to mention straight-up violence at a certain bloviating billionaire’s nativist rallies—it can feel like our democracy is teetering on the brink.

Assuming common sense does prevail by banishing an unapologetic demagogue with a crushing defeat, the 2016 election will go down in history for a much better reason. This could be the year we finally put a woman in the White House. California women also stand to claim some big victories in statewide and local elections, from the U.S. Senate to the state Legislature and the San Jose City Council.

To help you make sense of it all, here’s a list of our recommendations on who to vote into what office, from the Capitol to City Hall.

Let’s dispense with the false equivalencies. By the end of the Nov. 8 showdown between Hillary Clinton and Donald Trump, Americans will have either elected their first female president or their first dictator-in-chief. Trump’s scandals link him to sexual assaults, wage theft, racial discrimination, a number of criminal probes and Russian hackers. If he wins, he’ll try to jail his opponent and the media. If he loses, he’ll call the election rigged and follow Alex Jones to some dark corner of the interwebs as an alt-right media mouth. So please, don’t let him anywhere near the White House. Clinton will be a steady hand on the levers of power, and she’s familiar with the landscape so she won’t be learning on the job. It's a clear choice, and luckily, most Californians seem to agree. 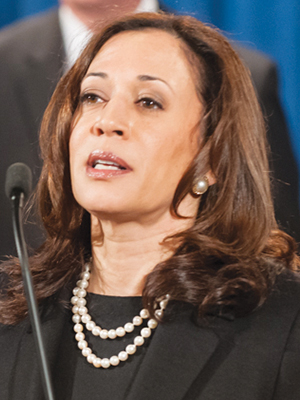 California’s first new senator in two dozen years will be a woman. Ideally, the distinction will go to Kamala Harris. The state attorney general, vying to replace Sen. Barbara Boxer, is up against Loretta Sanchez, a 10-term congressional representative from Orange County. Both are Democrats and both agree on a lot of core issues such as immigration, public safety, abortion and foreign policy. But Harris’ record in office makes her a better candidate for the role. As the state’s top prosecutor, Harris got big banks to pay the price for foreclosure abuses and won billions of dollars in relief for homeowners with underwater mortgages. She also supported criminal justice reforms to curb recidivism and disarm felons. With her experience tackling complex issues in the nation’s most populous state, Harris has the potential to be an effective leader in Washington.

It seemed like Ro Khanna would run away with this race after defeating eight-term incumbent  Mike Honda (D-San Jose) in the June primary, and he just still might. Plagued by a prolonged ethics scandal that appeared to show pay-to-play activity, Honda has overseen one of the nastiest re-election campaigns in recent history, repeatedly trotting out flat-out lies, resorting to racist attack pieces and abusing a little-known loophole to use taxpayer-funded mail to assist his campaign. It’s been a steep fall for the man who has an inspiring story and was well-respected just several years ago. Khanna’s camp stumbled last month, after Honda filed a lawsuit alleging a cyberattack by Khanna’s campaign manager, but that has proven to be an overblown October surprise. Khanna will help Silicon Valley representation catch up to the 21st century. 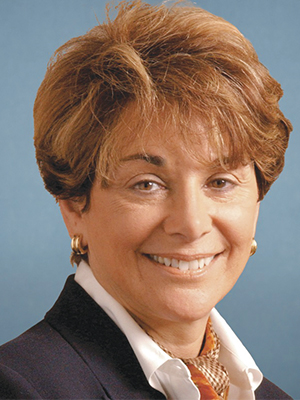 Since being sworn into Congress in 1993, Rep. Anna Eshoo (D-Menlo Park) has seen 30 of her bills signed by three presidents on both sides of the aisle. In an age when partisan squabbling bogs down policymaking and has even shut down the federal government, Eshoo has managed to craft important legislation on energy, technology and the environment. Running against the 18th District incumbent for a second time is Los Gatos pediatrician Richard Fox, a Libertarian-leaning conservative whose political aspirations stemmed from his opposition to the Affordable Care Act. Eshoo’s record of expanding health care access helped her defeat him by a landslide in 2014. Her advocacy in the time since for consumer protections, net neutrality, responsible innovation and preserving public open space will rightly result in yet another landslide victory.

State Sen. Jim Beall (D-San Jose) has used his tenure in office to champion legislation that protects the environment, the mentally ill and victims of sexual abuse. His challenger, termed-out Assemblywoman Nora Campos, has spent her time in the public’s employ stumbling from one embarrassment to another. She’s wasted taxpayer resources by churning through staffers and voted in ways that endeared her to Big Oil, which bankrolled her bid against Beall. District 15 has an easy choice. Re-elect Beall. 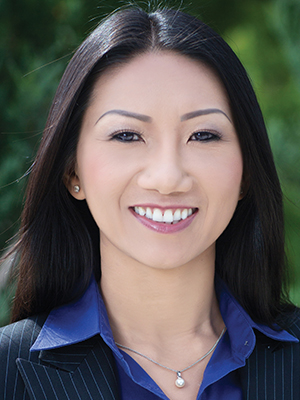 With Assemblywoman Nora Campos (D-San Jose) on her way out, it’s time to bring some semblance of sanity back to the 27th Assembly District. Both Ash Kalra and Madison Nguyen—former San Jose City Council colleagues—have the experience to equip them for the role. As councilman, Kalra has advocated for important tenant protections and important environmental causes. But we believe Nguyen’s independence—her ability to balance the interests of business and labor—makes her especially qualified to represent Silicon Valley in the state Legislature.

With help from friends in high places, namely San Jose Councilwoman Magdalena Carrasco and state Senate President Pro Tem Kevin de León, Sylvia Arenas led a pack of five candidates in the June primary. Arenas and runner-up Jimmy Nguyen both scored surprise upsets, indicating, perhaps, that District 8 voters have had it with institutional kingmakers like the  the South Bay Labor Council and San Jose Silicon Valley Chamber of Commerce. While Arenas aligns with labor on a number of issues, including minimum wage and pension reform, she has an independent streak. To lower skyrocketing rents, she wants to increase the housing stock. To spur business, she wants the city to streamline its permitting process. With progressive convictions and record of public services as a two-year Evergreen Elementary School District trustee, Arenas would be a welcome successor to terming-out Vice Mayor Rose Herrera.

In perhaps San Jose’s most politically engaged council district, two women have emerged at the forefront. Helen Chapman and Dev Davis hold different ideologies about how to regulate business and help the homeless, but they’re both involved community members who want to make the city safer and more prosperous. Chapman spent years serving on the city’s Parks Commission while running a small business and mentoring youth in the San Jose Unified School District. Davis, who’s more conservative and works as a policy analyst at Stanford University, has a background in economics that would serve her well in elected office. Either candidate has the potential to give District 6 voters informed and thoughtful representation at City Hall.

With an opponent like Steve Brown, a misguided Republican exposed for wage theft and discriminatory views on LGBTQ rights, Sergido Jimenez deserves the District 2 vote. Jimenez is a loyal Democrat with experience serving the public as an investigator for the Santa Clara County Public Defender’s Office. He supports a higher minimum wage and the right for low-wage earners to never have to work for a boss like Steve Brown.

This article is one part of our 2016 election guide special issue. Be sure to check out our guide to all 17 statewide initiative in 50 words or less. And for the local issues, read our take on all 32 Santa Clara County ballot measures.