After nearly 30 years, detectives from the Santa Clara County Sheriff’s Office have identified a woman whose body was left on the side of a road in Pacheco Pass east of Gilroy, according to authorities.

Oregon resident Patricia “Patsy” Skiple, who was about age 45 at the time of her death in 1993, was one of at least eight victims murdered by the serial killer known as the “Happy Face Killer,” reported a press release from the sheriff’s office. 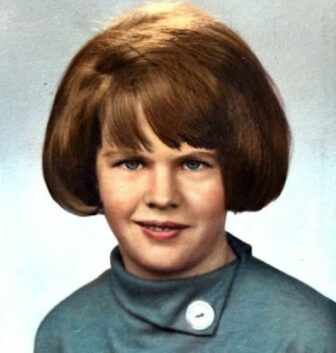 On June 3, 1993, authorities found a female body on the side of Highway 152 in Gilroy. At the time, the woman’s body was dressed in blue clothing and her identity was unknown, deputies said in the release. Cold case detectives later referred to the woman as “Blue Pacheco.”

The Santa Clara County medical examiner's report had listed the cause of the woman’s death as “undetermined,” authorities said.

The sheriff’s office has continued to investigate the death. Local investigators learned that in 1994, a newspaper in Oregon published a five-part series titled “The Happy Face Serial Killer,” says the press release. An anonymous letter writer claimed to have murdered five people along the West Coast.

Four of the five cases were unsolved at the time, authorities said. The anonymous letter writer was later identified as Keith Hunter Jesperson. He became known as the Happy Face Killer after a smiley face symbol that he signed his letters with.

Authorities have confirmed that Jesperson killed eight female adults over the course of five years, says the press release.

In 2006, Jesperson sent a letter to the Santa Clara County District Attorney’s office, stating that he sexually assaulted and killed an unknown woman along a dirt turnout on Highway 152, authorities said. In 2007, he pleaded guilty to killing “Blue Pacheco,” and was convicted of first-degree homicide.

The female victim was still unidentified at the time of the 2007 murder conviction.

In 2019, sheriff’s cold case detectives revisited the death of Blue Pacheco to follow up on leads, according to the press release. Detectives used “advanced investigative genetic genealogy in an attempt to identify Blue Pacheco.”

The sheriff's cold case detectives partnered with the DNA Doe Project, a nonprofit organization that provides investigative genealogy services to identify unknown bodies throughout the country. On April 13, detectives identified the 1993 murder victim as Skiple, who was known to family and friends as “Patsy.”

Skiple was a mother who had lived in Colton, Ore. for several years, authorities said.

“Although this criminal case was adjudicated, detectives never gave up as they worked diligently  throughout this investigation to provide closure for the family of Patricia Skiple,” said the press release. “We would like to thank the DNA Doe Project, Oregon State Police Criminal Investigations Division, including Detective Jim O’Connor, and the Calgary Police Service, including Detective Ken Carriere and Analyst Amy Lemieux for their assistance throughout this investigation.”