The Santa Clara Valley Transportation Authority (VTA) has shifted focus from advancing its Draft 2021 Transit Service Plan to funnel resources to some of its busiest bus routes.

On Friday, the agency announced it would increase frequency on seven lines with the highest demand: 23, 25, 64, 66, 68, 71 and 77. The table below shows a detailed description of the changes for each of those routes. 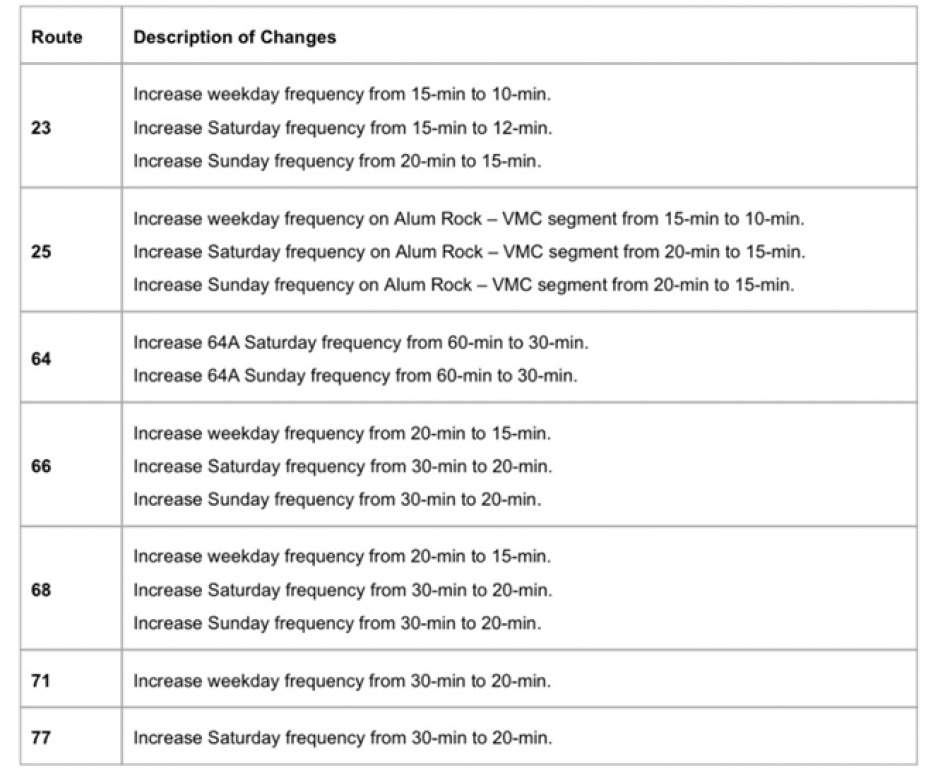 Slight changes will also be made to two other lines. Route 523 will end weekday service at San Jose State University instead of Berryessa BART in North San Jose, while 64 will end 64B weekend service at SJSU instead of McKee and White roads in the city’s East Side.

“These changes will go into effect as soon as all of the logistics can be worked out, which is expected to take several weeks,”  VTA officials assured in a press release. “VTA is making these changes instead of proceeding with a more comprehensive transit service plan, which will be revisited next year.”

This approach will make the most of VTA’s limited resources, including bus operators, buses and finances, while still meeting public health mandates that require social distancing of at least six feet.

On average, the VTA says it passes up about 650 riders a day because buses have reached pandemic-limited capacity and switch to “drop-off only mode,” leaving people behind to wait for the next bus.

To sign up for VTA receive service alerts and get real-time crowding information, download the Transit app.