A 49-year-old man who owns a fencing academy in Sunnyvale has been arrested on suspicion of sexual offenses against an underage girl whom he coached, the Department of Public Safety said Tuesday. 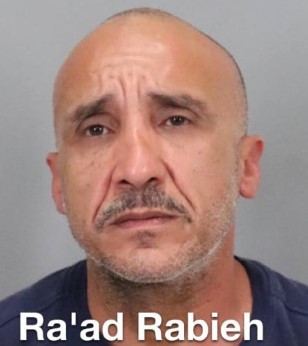 Ra’ad Rabieh, the owner of International Fencing Academy on South Mary Avenue, was arrested last Wednesday, July 7, on suspicion of two counts of oral copulation with a minor.

Public safety officials said Rabieh began “grooming” the girl over several years by purchasing her gifts, treating her differently from other students and traveling alone with her to fencing competitions.

The sexual offenses began when the girl was 17 years old and most took place at Rabieh’s apartment in Sunnyvale, while some took place while they traveled out of state to attend fencing competitions, according to the Department of Public Safety.

Anyone with information about the case or who believes they may have been a victim of Rabieh is asked to call Detective Shillito at (408) 730-7138.