George Shirakawa Jr.’s next day in court got kicked back six months to Sept. 15, meaning the ex-county supervisor could be nearly four months out of jail before his political mail fraud trial begins.

That may or may not be a good thing for other people involved in the case.

Shirakawa’s taxpayer-provided attorney, Jay Rorty, filed a kitchen-sink motion on March 12 asking for the trial to be continued due to: conflicting court dates; ongoing discovery; extensions needed to conduct polling and research for a change of venue motion; and a need to analyze DNA evidence.

Prosecutor John Chase, who heads up the District Attorney's Public Integrity Unit and is trying the case, told San Jose Inside that the motion made some “legitimate points” but will also serve his investigators well as they continue to follow up on leads.

“We’re still trying to investigate a little bit, and as long as the trial is out there, it helps us a little bit,” he said. “It was more beneficial to us to allow the continuance to happen.”

Chase added that despite Rorty's latest motion the case most likely could have gone to trial in May or June, but some DA witnesses would have been unavailable because of summer vacation plans.

Shirakawa, who is currently in Santa Rita Jail after resigning last year and pleading guilty to embezzling campaign funds, has been charged with one count of false personation in his current case. Prosecutors say his DNA was found on the stamp of a 2010 election mailer that depicted Magdalena Carrasco—the opponent of Shirakawa friend and San Jose Councilman Xavier Campos—as a proud communist to East San Jose’s Vietnamese voters.

Carrasco, who is once again running against Campos in this year’s election, lost the 2010 primary to Campos by just 20 votes, several weeks after the illegal flyers were sent out.

Rorty is representing Shirakawa through the county’s Indigent Legal Defense Office and he has been paid $9,020.54 for work completed up through January, according to county records. (The Mercury News' Tracey Kaplan first reported that number, which was available as a result of San Jose Inside's Public Records Act request. Well played, Kaplan.) The IDO taps local attorneys to take cases when there are conflicts of interest with a defendant and the Public Defender’s office as well as the Alternate Defender’s office. 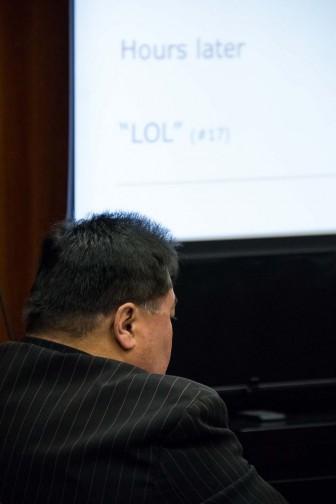 County taxpayers’ cost to defend Shirakawa, who is already responsible for almost $3 million spent on audits and two special elections last year, will certainly increase between now and the trial. Rorty hired Dr. Bryan Edelman as a second change-of-venue expert after Dr. Edward Bronson, his first consultant, had to back out due to “scheduling conflicts.” The defense has also contracted with San Francisco-based DNA expert Bicka Barlow.

New legal defense bills that include February will be available next week, as IDO billing is paid a month after the fact. (Rorty’s fee, like all IDO attorneys contracted by the county, is $110 per hour, according to James Gleason.)

How the trial delay impacts someone like Campos, who directly benefited from the mail fraud and is currently running for re-election, remains uncertain. Last October, Campos invoked the Fifth Amendment to avoid answering questions at a grand jury hearing that led to Shirakawa's indictment in the case. Linda Delgado, who served as the campaign treasurer to Campos and Shirakawa during the latter’s 2008 county supervisor race, also took the Fifth.

Chase told San Jose Inside that the new trial date could result in the expiration of the statute of limitations—four years after the discovery of a crime—for others who may have had a role in the mail fraud. This means Campos, who has not been charged with any crime, would officially be clear of any wrongdoing but potentially not exempt from invoking the Fifth Amendment in the fall. 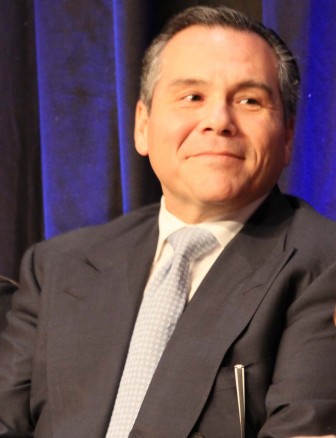 Xavier Campos invoked the Fifth Amendment during a grand jury hearing last year, and any potential charges against the San Jose councilman could expire due to the statute of limitations.

Xavier Campos invoked the Fifth Amendment during a grand jury hearing last year, and any potential charges against the San Jose councilman could expire due to the statute of limitations.

“If the statute of limitations is up in May, then it’s not clear if Xavier Campos would have the right to take the Fifth Amendment after that date,” Chase said.

The FPPC, which has been investigating Campos’ 2010 campaign since last April, when San Jose Inside reported that he used Delgado as his treasurer and had some financial irregularities, could not be immediately reached for comment.