A former Ann Sobrato High School teacher faces up to 14 years in prison after a jury convicted him of multiple counts of fleecing investors in his entertainment companies.

The morning of Jan. 23, the 12-person jury returned a verdict of guilty for six of the seven felony counts against former Morgan Hill resident Gary Harmon, according to Santa Clara County Assistant District Attorney Erica Engin. Bailiffs in the San Jose courtroom took Harmon into custody moments after the jury pronounced him guilty.

Specifically, the jury found Harmon, 43, guilty of multiple charges of false statements and omission of fact, and one instance of grand theft in relation to his ongoing scheme to defraud his victims. He was also found guilty of a white collar crime enhancement, based on the allegation that he used fraud and embezzlement to steal. 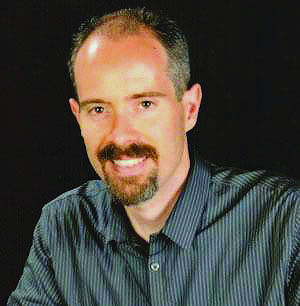 The victims had invested hundreds of thousands of dollars in Harmon’s various entertainment production schemes, based on Harmon’s false claims of connections to celebrities and other big-time producers, according to police reports and the victims’ testimony. “In essence, he lied to the victims to get them to give him substantial amounts of money, which he then spent the majority of on himself,” Engin said.

Instead of using the victims’ money to produce the shows they thought they were investing in, Harmon largely spent the funds on luxury car rentals, airfare, credit card payments, cruises and personal purchases at restaurants, bars and movie theaters, according to police. He will be formally sentenced at a March 29 hearing at the Hall of Justice in San Jose. He faces a maximum sentence of just over 14 years in prison.

At a Jan. 25 hearing, Harmon was denied bail, and will remain in the county jail until his sentencing hearing, Engin said.

Harmon was producing shows in Morgan Hill as the director of ARTTEC at the time some of the embezzlement happened. Mike DiRubio, one of Harmon’s victims, was vice president of ARTTEC and a partner in the company.

DiRubio, who testified in Harmon’s criminal trial, told investigators that Harmon stole more than $250,000 from him in 2013 by reneging on a promise of a share in another production company, plus recurring income. Despite his promises, Harmon only returned about $71,000 to DiRubio.

But DiRubio, a Morgan Hill resident, said the actual amount he lost was much higher, in the form of future income and revenues he stood to gain if he had been able to complete the projects he thought he was investing in. “It doesn’t give me any pleasure to see somebody go to prison, but this guy deserves it,” DiRubio said of Harmon.

The criminal trial started in December and concluded with the reading of the verdict Jan. 23. DiRubio and three other victims of Harmon’s—Drew Perkins, Mary McGreevy and the Castillo family—testified during the trial.

One unlikely witness during the trial was Apple co-founder Steve Wozniak, who testified that he had only briefly met Harmon in the past but did not have ongoing communications with him and never conducted business with him.

In 2012, Harmon told victims Jesse and Roni Jo Castillo, also Morgan Hill residents, that he was working with Wozniak on a substantial project, according to the victims and police reports. Based on this and other false claims by Harmon, the Castillos decided to invest $125,000 in another company he pitched to them: Boulder Creek Guitars.

Harmon told the Castillos he would repay their investment in full within 90 days, but he did not do so, according to police reports. When the Castillos asked Harmon where their money was after the 90-day period elapsed, Harmon presented them with false financial information about the company’s expenses and revenues.

Roni Jo Castillo said she felt “relief” to hear the guilty verdict read in court Jan. 23, but “took no satisfaction” in seeing Harmon remanded to jail. “Mr. Harmon needs to understand and face the consequences of his actions,” Castillo said. “He used and abused innocent people and caused detrimental circumstances for them.”

Boulder Creek Guitars is now based in Gilroy and is not affiliated with Harmon.

Also in 2012, Harmon—then the director of ISE Entertainment—asked Perkins to loan him $125,000 to help produce “The Vince Neil Poker Series,” according to police reports. Harmon promised to pay Perkins back in full by September 2012, plus interest and a share of the television show’s future profits.

Perkins transferred the money to Harmon, but was repaid only a portion of the investment. ISE and Neil, former Motley Crue frontman, signed an agreement to produce the TV series in August 2012, but the program never got off the ground. Police reports also say Harmon fabricated or exaggerated a relationship with country music legend Willie Nelson in order to convince at least one victim to give him money.

In November 2012, Harmon stole about $140,000 from McGreevy, again by touting a nonexistent business deal with Wozniak in the works, according to police reports and testimony during the trial. McGreevy said she was never repaid, even though Harmon said he would pay her back within months.

DiRubio and Harmon were partners at ARTTEC when, in 2014, the company brought big-name acts such as Kiefer Sutherland, Queensryche, Greg Kihn and Survivor to perform in Morgan Hill. Their relationship began to sour as DiRubio became increasingly suspicious that Harmon had no intention to repay his full $250,000, as promised.

In a separate civil case, a superior court judge in summer 2018 ordered Harmon and another former associate of ARTTEC—Marc Masoni—to pay $248,000 in damages to DiRubio. Harmon has since filed an appeal of that judgment. Harmon’s attorney in the criminal case, Jay Rorty, declined to comment on the Jan. 23 verdict.

Harmon was a teacher at Sobrato High School until 2011, when he was terminated after he was caught removing equipment from the school theater, according to the Morgan Hill Police Department criminal report.

This article originally appeared in our sister publication, the Morgan Hill Times.