San Jose reached a milestone in its land negotiations with Google, releasing a long-anticipated agreement Friday that spells out how much the multinational corporation expects to pay for more than 21 acres of prime public land in the city’s center.

The tentative deal unveiled Friday involves the pending sale to Google of several city-owned parcels by San Jose’s Diridon train station, where the company plans to build a massive transit village and mega-campus that could create as many as 20,000 new jobs. San Jose’s City Council is set to vote on the agreement on Dec. 4.

The memorandum released last week culminates nearly a year-and-a-half of negotiations between the city and the Mountain View-based search giant, which has been on a protracted buying spree in in the heart of San Jose, where its property purchases have reportedly exceeded $200 million to date.

San Jose’s asking price for its share of land in the development zone is $67 million, the proceeds of which would get divvied up among the city and the 13 other local government entities with a stake in Redevelopment Agency (SARA) assets. Those properties include several surface parking lots and San Jose’s fire training facilities. 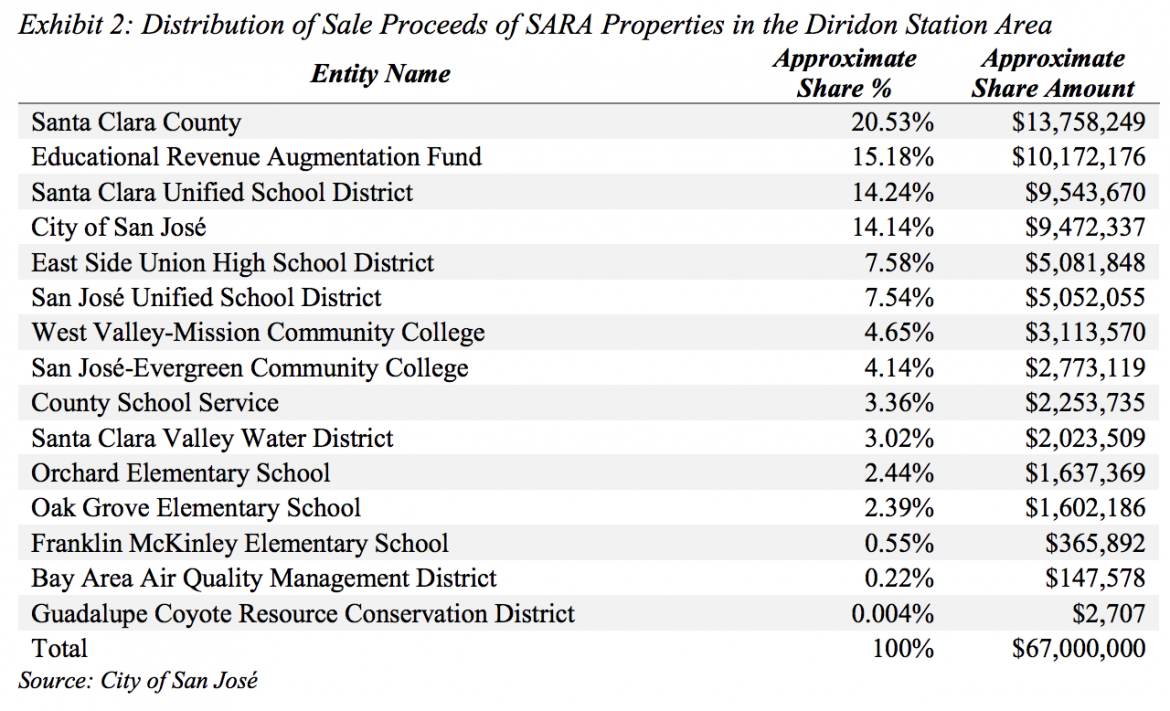 City officials say the properties are on track to be sold off by the end of the year. 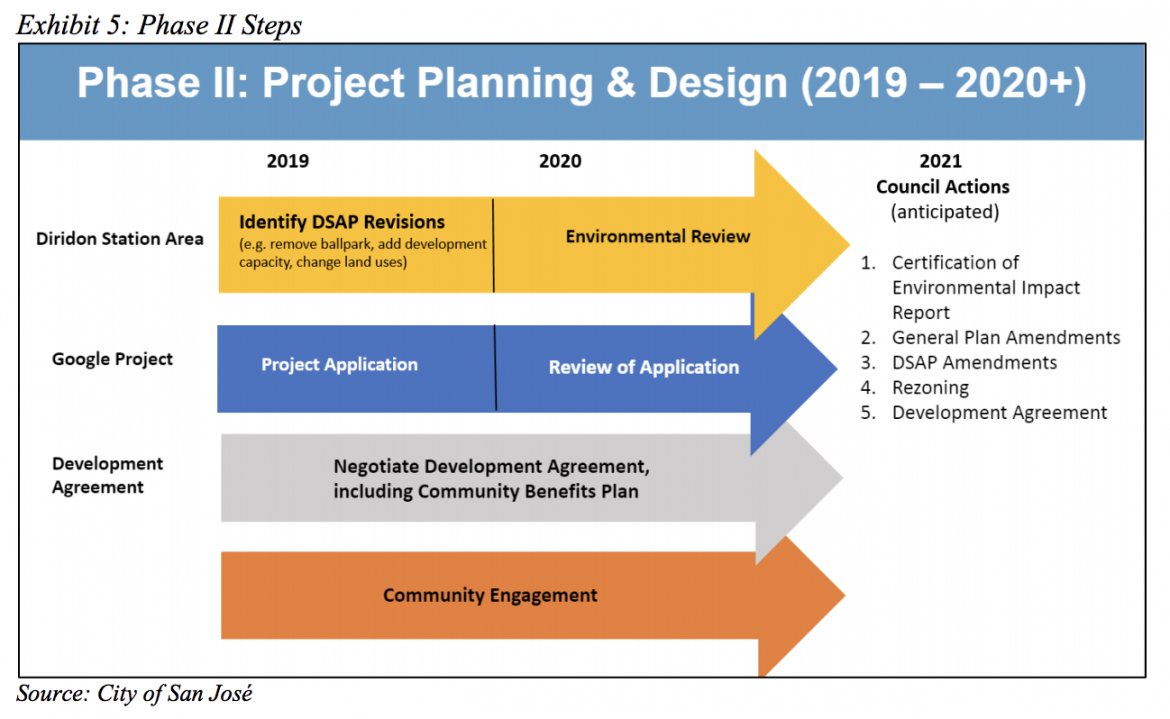 Downtown and business boosters welcome Google’s presence in San Jose, which has long struggled with tax revenue because it has fewer jobs than residents. Google’s future headquarters could also help the city realize its vision for the Diridon transit hub, which it hopes to transform into the “Grand Central Station” of the west, surrounded by the kind of dense, mixed-use development that could help San Jose—the 10th largest city in America—shed its reputation as a sprawling bedroom community.

Of course, Google’s grand vision for San Jose has also become a flashpoint in ongoing debates about affordability, displacement and gentrification. Public meetings about the company’s planned move have been marked by protests and demands that Google balance some of the negative impacts of its presence by offering community benefits.

City Attorney Rick Doyle said the claim of secrecy is a moot point, since the city made its tentative deal with Google public. Eight of the 17 months that San Jose has been in talks with Google have been marked by community engagement that has included nearly 80 meetings, according to the city.

“In a stark contrast to other cities handing billions in local tax dollars to companies like Amazon, we offered Google no subsidies, and they didn’t ask for any,” Liccardo wrote in a Nov. 16 Facebook post urging people to read the land-sale MOU coming up for discussion at the next month’s first council meeting.

“From the beginning of our discussions, Google has been clear that it is not seeking subsidies, fee reductions, or tax breaks, and I have been clear that we wouldn’t be offering any,” Liccardo in a news release Monday. “As described in the MOU, Google will provide additional ‘community benefits’ in excess of what they are legally required to pay. ... We won’t use our taxpayers’ dollars as bait. Instead, we’re working together with the community and Google to develop a mutually beneficial path that delivers far better value to the residents we serve.”

Liccardo said the city and Google agreed that a community benefits negotiation will come before any decision the council makes about land-use or height limits.

“We need to change the narrative about the relationship between cities and tech.” Liccardo said. “Tech companies should be viewed neither as our saviors nor our supplicants. Rather, we have an opportunity to show another way—for a civic partnership that builds a more prosperous, equitable, and sustainable San Jose.”