San Jose’s “Capitol of Silicon Valley” aspirations have spurred a series of development proposals with vast goals and distant endpoints. Now it’s up to the city’s new chief architect to begin implementing these plans.

Timothy Rood became San Jose’s first principal city designer on May 8. He’ll work primarily on redesigning development standards in the downtown and Diridon Station areas. The position was made possible through a grant from the Knight Foundation, which awarded the city $150,000 through its 2017 Knight Cities Challenge.

San Jose’s winning proposal, “Reimagining the City: City Designer for San Jose,” will be matched dollar-for-dollar for 18 months to fund Rood’s position. After this initial period, the city designer’s salary will be funded entirely by taxpayers. 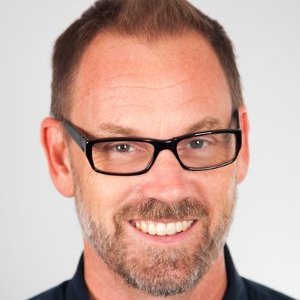 Rood will receive an annual base salary of $130,000, he told San Jose Inside.

Kim Walesh, the director of San Jose’s Office of Economic Development, says the need for a lead city designer was identified shortly after the state terminated Redevelopment Agencies (RDAs) in 2011.

“For the last two years, we’ve been talking about this issue with the Knight Foundation,” Walesh says, adding that other major cities like Los Angeles and New York City have had positions like the one San Jose just created.

San Jose’s Knight Cities proposal was submitted by Shireen Santosham, the city’s chief innovation officer, who says that Rood’s role will be to carry out existing plans like the Envision San Jose 2040 General Plan and the Diridon Station Area Plan (DSAP).

Adopted by the city council in 2014, DSAP is a long-term blueprint for commercial, residential and transit growth around the station, which currently provides Caltrain and VTA services. Rood will lead a team focused on defining land use, urban design and parking guidelines for the space surrounding the station, as well as the broader downtown.

“I think there is a palpable feeling that San Jose is at a turning point,” Santosham says, noting the recent announcement that Google wants to build a massive transit-centered village near the Diridon Station.

The search giant’s potential 8 million square foot project aligns with the city’s general plan, which aims to create 470,000 new jobs in San Jose by 2040. The Diridon area has been described as “underutilized” by city officials, and Mayor Sam Liccardo billed Google’s development as an opportunity to turn the space into “a memorable, vibrant and iconic destination that serves as the urban heart of Silicon Valley.”

Walesh says the Google announcement—occurring before the city and company have even started negotiations—increases the need for a city designer such as Rood.

“Because of Google’s interest, it’s even more important for us to take the next steps in developing design guidelines and developmental standards for the Diridon area,” she says.

While ambitions run high among city officials to claim ownership over the “Capitol of Silicon Valley” title, tangible results remain elusive. It will take at least a decade for the proposed Googleplex to build out, and the same goes for the creation of a planned BART and high-speed rail extensions into Diridon Station. Much of downtown’s anticipated redesign also requires changes to be to made to the city’s zoning laws.

For example, San Jose’s strategy to “grow up and not out” calls for a number of high-rise projects, which would require new regulations on how tall buildings can be. The location of the city’s airport has complicated such efforts in the past.

Rood’s task of transforming the downtown landscape will also require adoption by the city’s Planning Commission, and then approval from the City Council. Only then can private development in the Diridon area proceed. This process will be the focus of the city designer’s initial 18-month funding period.

The grant and appointment is the most recent action in a string of efforts San Jose has made to create a “scene,” often to mixed results. In the past, San Jose has spent millions of dollars on projects aimed at revitalizing the downtown area, only to see those projects go over budget or shutter within several years.

Hammer Theatre closed for two years before reopening last March, and the $130 million expansion of the McEnery Convention Center topped the original plan by $10 million. The “new” design was met mostly with shrugs. Just down First Street, the Camera 12 movie theater now sits empty after a $4.4 million investment by the now-defunct RDA.

When Gov. Jerry Brown shut down RDAs in 2011 to divert funding to the state for schools and other government services, city officials says, San Jose was left without the necessary staff to coordinate a growing metropolis.

In a news release announcing his appointment, Rood welcomed the challenge.

“San Jose has among the most bold and transformative municipal projects now unfolding in the United States, and I’m honored to be part of this team,” he said.

Prior to being hired into his new role, Rood was a principal of the Oakland-based firm Community Design + Architecture, where he led multidisciplinary teams on major planning projects for MTC, BART, VTA and several municipal agencies. He has worked as a transit-oriented development expert in the Bay Area for 20 years.

“I look forward to working with the city’s team and our residents and businesses, along with our many partners such as SPUR, the San Jose Downtown Association and our neighborhood and business organizations,” Rood said.

Despite optimism regarding the proposed Google project, city officials acknowledge that it will take years of rigorous planning and hundreds of millions of dollars in private and public investment to create a new “Grand Central Station of the West.”