The San Jose City Council appointed Domingo Candelas to the vacant District 8 council seat on the third ballot at 10:40pm.

The vote came after six hours of interviews, comments and deliberations on the merits of five finalists who had been picked by the council last week. 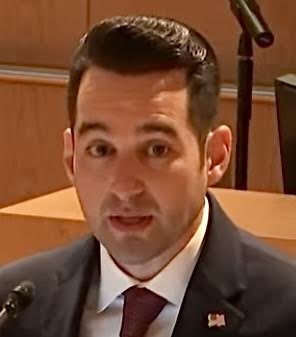 Candelas, 33, is local government affairs director for Stanford University. He is a former staffer for former State Sen. James Beall and also worked at Valley Water. He is a San Jose State University graduate.

Candelas' parents were born in Mexico. He grew up in the Evergreen neighborhood in his new council district.

He was in a three-way tie with Patricia Andrade and Salvador Alvarez on the council's first ballot, then fell one vote short on the second ballot before securing the appointment on a 7-2 vote.

In his public interview with the City Council this evening, Candelas said, "My bread and butter is constituent services."

He said the biggest challenges facing San Jose are affordable housing and homelessness.

The process of selecting a new San Jose Council member for District 8 had been abruptly interrupted at 7pm after nearly three hours by “an urgent adjournment to a closed session.”

The closed session was requested by the mayor after City Attorney Nora Frimann said it was needed because “Questions were raised about the process tonight that may impact the fairness of the process.”

“The council can and should want to weigh in on the legitimacy of this process,” Frimann told the council.

The council went into closed session just before 8pm, leaving the five finalists and an audience sitting speechless in the auditorium facing empty council seats.

After 50 minutes, the council returned to continue its selection process. "There were concerns about the process," Frimann told the council audience.  "It was important for the council to know about those concerns." she said. "Following a discussion the council is going to proceed." 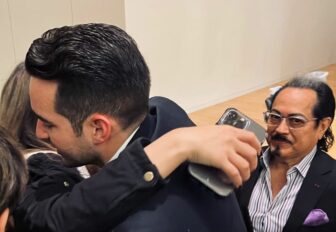 Then three finalists surprised the session by standing up and shedding some light on the stunning interruption – that questions had arisen that candidates may have received advance notice of the questions.

One of the five finalists, Salvador Alvarez, told the council and the audience that he was concerned about phone calls during the interviews.

Then a second finalist, Tam Truong, stood up and said he saw someone using a laptop and making calls during the interviews. He said he asked City Clerk Toni Tabner if candidates were allowed to use mobile phones, and said she said phone use was not allowed.

This prompted a clearly distraught finalist, Domingo Candelas, to stand up and tell the audience he was "heartbroken" by the suggestions of improper behavior. “I’ve been preparing for this interview for weeks,” he said. “I'm heartbroken. I did my homework. I got to know what issues are important to the city. I take direct offense. I should not be blamed for doing my homework and my due diligence.”

“I am disappointed,” said the mayor,  as he dashed any prospect that this week's appointments would be interim pending a 2023 special election. “This is the process we are following. I am not here tonight to relitigate the [December] decision. I understand the council wants to continue.”

“I'm also disappointed that the integrity of the process has been called into question.”

The public comment then continued, with one member of the audience also raising questions about possible interference with the process.

Statements in support of candidates and for and against the selection process continued past 9pm.

The San Jose City Council had ended questioning of the five finalists for the vacant District 8 seat at 6:20pm, after spending a little over two hours in a highly formatted interview session.

The council members reconvened at 7pm to hear comments from the public, in the council chamber and via Zoom, expected to last more than an hour.

Affordable housing, homelessness, public safety and traffic issues were the leading topics mentioned by all applicants in their interview responses.

The finalists – four men and one woman/ one Sikh, one Vietnamese and three Hispanic – were selected from a pool of 13 who applied by a Jan.3 deadline. Each received at last four votes in private polling by individual council members, plus Mayor Matt Mahan.

Council members were to begin deliberations after a second round of questions, which began at 9:15pm.  A multi-stage vote was scheduled to occur sometime this evening.

Each finalist this afternoon was asked the same questions, with each council member repeating their question for each candidate; the candidates were given less than three minutes to answer.

The applicants had been sequestered from the city council chamber until they were interviewed, then allowed to stay in the room, which was sparsely attended by members of the public.The session was broadcast on YouTube, Cable TV and via Zoom.

Two applicants – software engineer Sukhdev Bainiwai and city management analyst Salvador Alvarez – struggled a bit with some of the questions, which covered a wide range of topics.

Three applicants supported by name by the public speakers were Bainiwai. Alvarez and Candelas; several speakers spoke for and against the selection process.

Former District 8 Councilmember Rose Herrera told the council “it is not too late” to elect rather than select new council members. “This process violates our democratic principles. There is nothing more important than our right to vote.”

Sources said last week there could be an attempt at the meetings to define the appointees’ term as temporary until a special election is held later this year.

Here were the question topics posed to each applicant:

A second special council meeting is set for Thursday, Jan. 26 at 3pm to interview six finalists for the District 10 seat left vacant by the election of former councilmember Matt Mahan as mayor.