Under a regulatory proposal making its way through City Hall, all but a handful of local pot clubs would have to shutter or relocate.

The new rules would also force them to grow all their medicine in one spot, which marijuana proponents say would eliminate the variety of strains for patients, require "insane" amounts of electricity and attract unwanted attention from the feds.

A draft ordinance heading to the Planning Commission next week would limit pot businesses to industrial zones. It would require them to lie at least 1,000 feet away from schools, daycares, community centers, parks, libraries and places of worship and 500 feet from rehab centers and homes. It would essentially resurrect many of the same land-use limits the city imposed in 2011 and got struck down by voter referendum a year later. 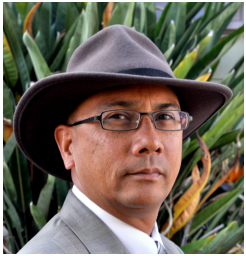 Cannabis attorney and lobbyist James Anthony worries that the rules would sweep the field clear and give the city free reign to play favorites with landlords and operators.

“They want to make any reasonable operation virtually impossible,” he told San Jose Inside.

A community meeting seeking input on the proposed rules takes place on April 26, a few days after the commission meeting. And on May 13, the City Council will consider a final regulatory proposal.

The council in December ordered city staff to draw up a new ordinance to regulate collectives, which in the absence of local rules about where they could open, grew from a few-dozen to more than 100 in number near homes, in shopping centers and peppered throughout downtown.

Though legal under state law, collectives remain in violation of federal regulation and, thus, illegal in the eyes of the city. That hasn’t stopped the city from collecting upward of $5.6 million in annual revenue from a Marijuana Business Tax, which it upped to 10 percent last year.

Meanwhile, a pair of initiatives are jockeying for a place on the November ballot. Dave Hodges, owner of All-American Cannabis Club, introduced a proposal in January that would keep most pot shops open in San Jose. The Medical Marijuana Regulation Act would also establish a cannabis commission and establish a minimum of 50 collectives to keep up with demand.

Anthony submitted a more moderate initiative. The Sensible San Jose measure would ban collectives from residential neighborhoods, establish a 1,000-foot buffer around schools and parks and a 100-foot buffer around youth centers, public swimming pools and video arcades. It would also limit open hours from 9am to 8pm and prohibit the city from using money collected from the marijuana business tax or federal grants to enforce federal laws against medical cannabis.

“Our initiative is somewhere in the middle,” Anthony said. “We have a virtual ban from the city on the one hand and a more permissive initiative from [Hodges] on the other. We realize zoning decisions have to be made and that industrial zones have worked really well for cannabis collectives. This would support that, while recognizing that we do need sensible regulation.”