Gilroy Police identified the man killed in a Sept. 8 shootout with an officer as David Lopez, who was a suspect in an Aug. 31 shooting that left a person in critical condition.

In a Sept. 10 press release, police released details of the events leading up to the early-morning incident downtown.

At 2:30am on Sept. 8, dispatchers received a 9-1-1 call from a man who identified himself as Dave Lopez, a 40-year-old Gilroy resident, according to police. He reportedly told the dispatcher that police were looking for him and that he would be waiting at the Gilroy Post Office at 100 Fourth St., saying he was unarmed and intoxicated. 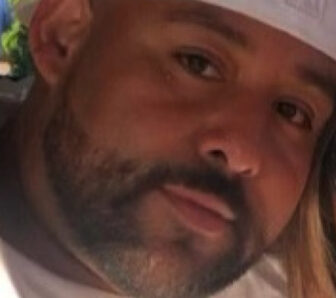 David Lopez is shown in a photo posted on a GoFundMe page.

The first officer on scene, who knew that Lopez was wanted for attempted murder, used her vehicle’s public address system to instruct him to lie on the ground, according to police. However, police stated that Lopez “immediately” began shooting at the officer with a handgun, striking her patrol car.

The officer, “fearing for her life,” was able to get out of the car and return fire, the press release stated. During the gunfire exchange, Lopez reportedly discarded his gun and pulled out a second handgun and attempted to use it against the officer.

As Lopez tried to conceal himself behind a concrete pillar with a firearm in his hand, he was hit by at least one bullet and was later pronounced deceased. According to radio communications by responding California Highway Patrol officers, who along with the Santa Clara County Sheriff’s Office assisted in the investigation, Lopez went down on the steps of the post office.

Both handguns were recovered at the scene, police said.

The exchange of gunfire lasted less than one minute, and a combined total of seven rounds were fired, which were heard in a security footage clip posted by a nearby Church Street resident on social media.

No officers or bystanders were injured during the exchange, police said. The officer has been placed on administrative leave, as is protocol for such incidents.

Lopez had earlier been identified by the police department’s Anti-Crime Team as the suspect in a shooting that occurred on the 8500 block of Wren Avenue on Aug. 31. The victim was shot “multiple times at close range,” police said, and survived despite having “substantial” injuries.

The page describes Lopez, a father of four, as a “great father who loved his family unconditionally.”

“David was a bright spark in this world and will be deeply missed,” the page states. “He touched the lives of so many and it’s our turn to give back to his family in their time of need. We are raising money to cover the costs of the funeral and memorial services for David Lopez’s family as this passing was completely unexpected.”

The incident is being handled by the Gilroy Police Department’s Investigations Bureau and Internal Affairs Division. The Santa Clara County District Attorney’s Office and Office of the Medical Examiner-Coroner are also conducting their own investigations.

Police said the evidence such as body-worn camera footage and audio from the 9-1-1 calls will be released to the public once it is “evaluated and processed.”