Stanford Law Professor Michele Dauber pulled out of a debate over the movement to recall Judge Aaron Persky hours before the event last night with the South Peninsula Area Republican Coalition, sending a colleague to debate in her place.

Cole teaches courses on bankruptcy, banking, contracts and venture capital at the law school and identified himself as one of four Republicans on faculty to the audience at the Fremont Hills Country Club in Los Altos Hills last night.

He faced off against retired Palo Alto Judge LaDoris Cordell, a Persky supporter who brought with her 200 pages of emails between Dauber and the Santa Clara County District Attorney’s Office, obtained through a public records request.

Dauber had been corresponding with prosecutors to unearth Persky’s cases prior to the six-month county jail sentence he gave Stanford sex assailant Brock Turner, a task for which she had enlisted students’ help to pull records at the courthouse. 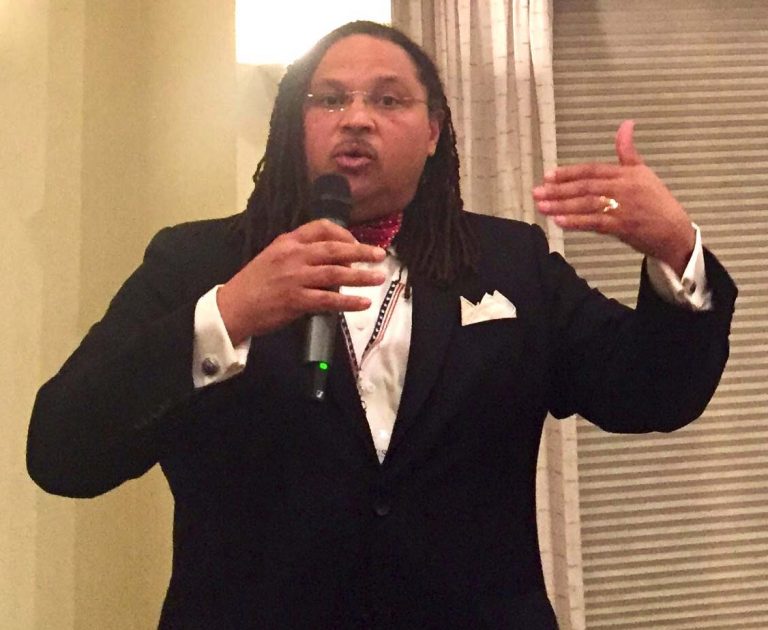 “In their desperate attempt to paint a picture of Judge Persky as a biased judge and overall bad person, and after combing through thousands of records, the recall campaign came up with five cases,” Cordell said. “Think about it, five cases out of 2,000. That’s 0.25 percent, or one-quarter of 1 percent, of Judge Persky’s cases. Common sense tells you that’s not a pattern.”

Cole, meanwhile, focused on the “uniquely powerful” role of Superior Court judges, who because of their six-year terms, don’t face as many limits as lifetime-appointed federal judges do.

“This is why California law and the California Constitution, as well as 26 other states, balance judicial independence with judicial accountability,” Cole said. “The sweeping powers of state court judges requires that they be exercised with the public trust. That trust was breached by Judge Persky in the Brock Turner case.”

Turner’s light sentence in 2016 triggered outrage, Cole said, but Persky had showed bias elsewhere over the 18 months during which he heard cases at the Palo Alto Courthouse.

The judge also allowed Ikaika Gunderson, convicted of felony domestic violence, to leave without probation or supervision so that he would not lose the opportunity to play football for the University of Hawaii, and did not inform Hawaii officials as required by the Interstate Compact for Adult Offender Supervision, according to Cole.

Cole also criticized Persky for allowing lawyers for the De Anza College baseball players accused of gang rape to show revealing photographs of the victim to the jury, “as if to suggest she was asking for it,” Cole said.

But prior to the Turner case, Cordell said, Persky had never been accused of misconduct or showing bias. His wife is a woman of color and his two elementary school-age children are biracial, she said.

While in private practice at the Palo Alto law firm Morrison and Foerster, Persky received the Civil Rights Leadership Award for his work on hate crimes and the State Bar of California’s Pro Bono Award for his legal work for the poor, Cordell said.

In the District Attorney’s Office, he prosecuted violent sex crimes and hate crimes and served on the executive committees of the Support Network for Battered Women and the Santa Clara County Network for a Hate-Free Community.

“Had Judge Persky sentenced Brock Turner to prison instead of jail, we wouldn’t be here this evening. There would be no recall,” Cordell said. “Had he just said the word ‘prison,’ Judge Persky would have been the toast of the town, the best judge ever. But he made a lawful decision that he deemed appropriate to the facts, and now the recall wants you to believe that he’s the worst judge ever.”

Cordell questioned the appropriateness of recalling Persky for an unpopular sentence, suggesting that if a judge isn’t fit for the job, run against him. Recalls are intended for judges who engage in egregious misconduct, which is why California hasn’t seen a judge recalled in 85 years.

Cole said Persky should be recalled in June because of the level of public outrage that the Turner case outcome stirred up, leading the recall to gather 100,000 signatures.

He also argued that the county can’t afford for sexual assault victims to not come forward, which could be the result of Persky remaining in office. Neither side mentioned that Persky is currently the court’s night judge, working from home to sign police warrants at odd hours, not hearing cases.

This article was republished with permission from the Palo Alto Daily Post, which originally ran the article on April 19, 2018.