That’s according to an amended complaint filed in federal court Tuesday that accuses the San Jose Police Department of exposing protesters to excessive force by failing to adequately teach officers about crowd-control techniques and de-escalation.

The new additions stem from an incident that occurred at around 11:45pm on May 30, when one of the plaintiffs, Shante Thomas, said she was recording a George Floyd protest from her third-story apartment, which overlooks East Santa Clara Street and City Hall.

According to the lawsuit, cops began shining their flashlights into her window before firing rubber bullets, shattering the glass and striking her in the chest. A total of thirteen projectiles, which left gashes on the walls, were reportedly found in Thomas’ living room. 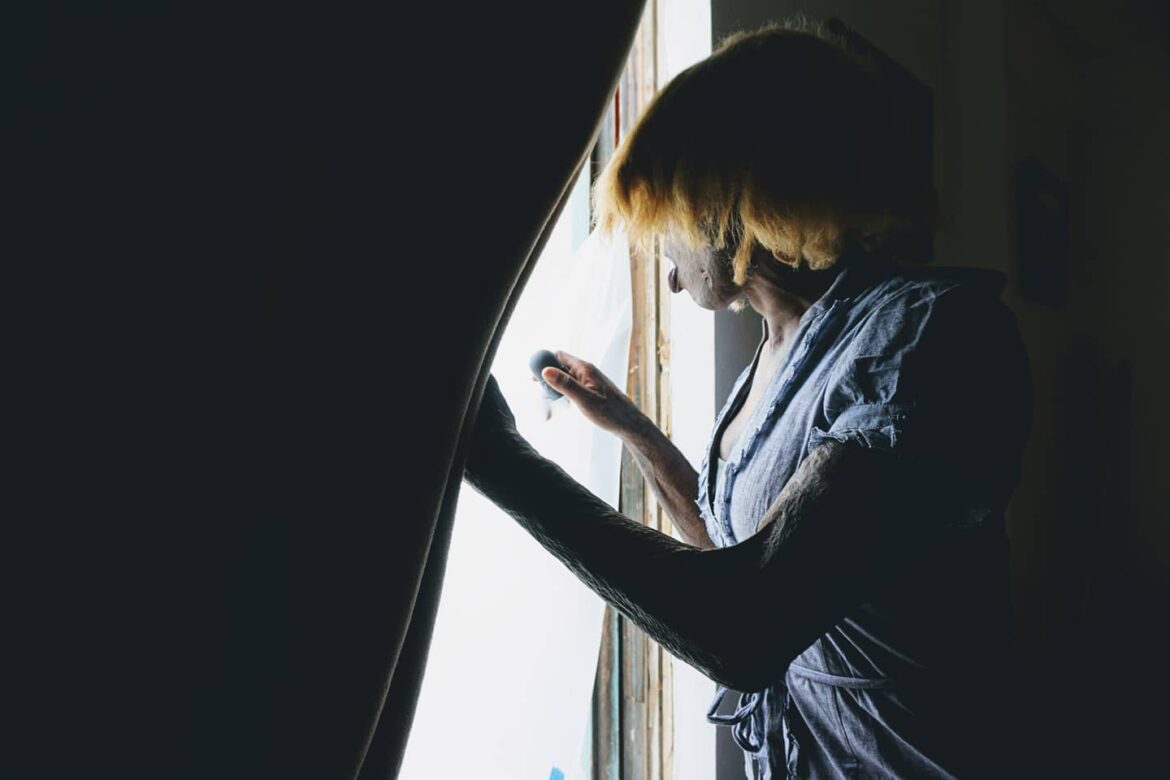 Shante Thomas peers out of her shattered window.

The revised complaint states that Yuen shot at least three of those rubber projectiles. At the time, records show, he was being supervised by two of the new defendants: Sgt. Ronnie Lopez and Sgt. Lee Tassio.

Immediately following the first protest on May 29, video footage of Yuen shouting “let’s get this motherf*cker” and “shut up, bitch” surfaced on Twitter. Hours before he shot projectiles through Thomas’ window, his name was trending nationally on Twitter along with demands for his firing. Yuen was re-assigned to off-street duty and the department launched an internal affairs investigation into his conduct a day later on May 31.

In an interview Tuesday, Marinho wondered why Yuen—who shot an estimated 100 rubber bullets on the first day of the protests—was still working the next evening.

“He went viral the night [before] with his outrageous conduct,” she said, referring to the timeline she gleaned from police records. “Then, Sgt. Ronnie Lopez got a call from a civilian who had seen the video and was concerned. ... Later that same day is when [a sergeant] authorized Yuen to shoot in the apartment.”

According to the lawsuit, Tassio, a member of SJPD’s Violent Crimes Enforcement Team, directed Yuen to shoot the projectiles into Thomas’ window.

The veteran cop is behind at least two fatal shootings in the past. In 2011,  Tassio shot and killed an alleged gang member who he said pointed a gun at him. The Santa Clara County District Attorney’s Office cleared Tassio. Three years later, the city of San Jose paid out $900,000 to settle an excessive force lawsuit related to the incident.

Then, during a traffic stop in 2019, Tassio shot and killed a 29-year-old Aptos man whom he accused of reaching for his gun as the officer attempted to restrain him.

The third new defendant listed in the lawsuit is Officer Jonathan Marshall, who reportedly shot an unknown number of projectiles into the apartment alongside Yuen.

Raj Jayadev, founder and leader of civil rights nonprofit Silicon Valley De-Bug, told San Jose Inside that the new information about Yuen “validates what the community that was at the protests has been saying all along.”

“The officers there were on a warpath, and that’s obviously not hyperbole because we have the permanent injuries and the wounds to confirm that,” he said. “There was such a resource effort by the police department, by the mayor, by the city to give the sanitized interpretation of police violence inflicted on primarily young Black and brown people.”

The longtime community organizer added that the ongoing lawsuit illustrates why the public felt the bellicose language Yuen used symbolized a greater threat.

Marinho said the officers who shot into Thomas’ apartment had their body-worn cameras activated at the time, but she has yet to receive any footage since requesting it last fall.

A previous version of this article mistakenly stated that Officer Jonathan Marshall had been a part of two internal investigations for a fatal and great bodily injury shooting. San Jose Inside regrets the error.