The city will consider shelling out $900,000 to settle a lawsuit stemming from an officer-involved shooting that left an alleged gang member dead.

San Jose police say Valente Galindo, 47, aimed a handgun at them when they ran into his home during a 2011 chase, prompting them to fire in self-defense. But the suspected Norteño's DNA and fingerprints were nowhere to be found on the weapon cops say he held.

To avoid what could be a tough battle in court, the city attorney advises the City Council to approve the settlement, according to the Mercury News. The money would go to Galindo's three children. Council members are slated to vote on the issue in August, when they return from summer recess.

The Santa Clara County District Attorney's Office cleared San Jose Police Department Officer Lee Tassio, who filed a bullet that struck Galindo in the chest. But the Galindo family attorney disputes the self-defense claim. Galindo was in his bedroom at home watching TV with his girlfriend when police barged in looking for someone else, they say.

There are conflicting accounts of what happened that night, one from police who say he pointed a gun at them and another from Galindo's girlfriend who said he never touched the weapon. Accounts from more witnesses can be found here.

According to police, it was just before 11:30pm on Dec. 15, 2011, when Tassio and his partner, officer Anthony Kilmer, were conducting a gang suppression sweep and thought they spotted someone who matched the description of a known gang member. 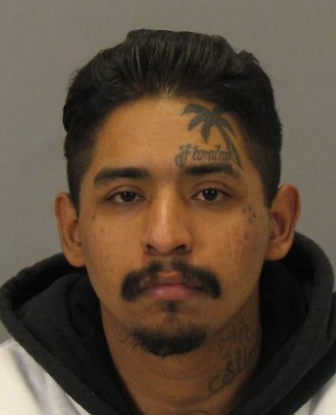 They went after the man, later identified as Manuel Fuentes, who was walking along Inman Way in East San Jose with Desiree Contreras.

They chased and tackled Fuentes, who then slid a black semi-automatic handgun from his waist into the bedroom, where police say Galindo had come from in response to the commotion.

Police say Tassio walked into the room to retrieve the gun, telling Galindo to keep his hands off it. According to police, Galindo didn't listen. They say he picked it up and pointed the weapon at Tassio, who fired a single round into his torso.

After being shot, Galindo kept moving his hands to where the gun was, Tassio said. Galindo said he only wanted to sit up to breathe. Once more police arrived, they handcuffed Galindo while Kilmer stanched the gunshot wound with a bed sheet.

"Kilmer asked Galindo why he pointed a gun at the officer, and Galindo looked up at him with a blank stare," according to the DA's 2011 report on the shooting.

Galindo's girlfriend said he didn't have the gun when he got fatally shot. She did confess to police that he had a history of domestic violence and that she was afraid of him.

If Galindo's family pursued the case in court, they could use the lack of DNA evidence to challenge the officer's account, the Merc points out. Police could argue that it was missing because he held the gun only for a brief moment.

There's also some question about whether police had enough reason to pursue Fuentes when the spotted him on the street.

It should be noted that a settlement isn't necessarily an admission of fault.