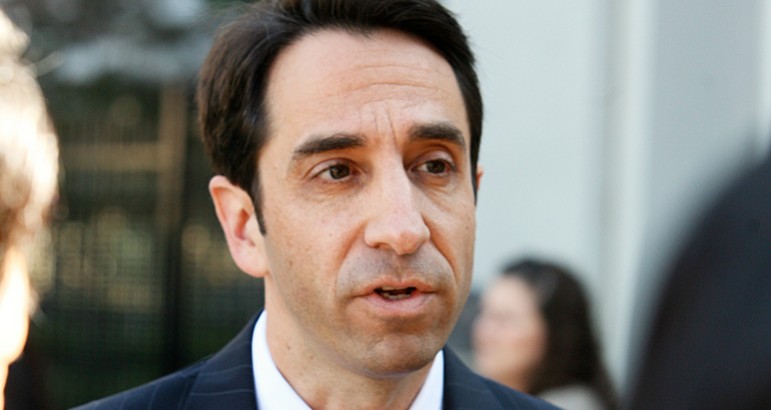 Criticism of lethal split-second decisions with the benefit of hindsight can be dismissed as Monday Morning Quarterbacking. If a person has never been a trained police officer, and has never been in a potential life-or-death situation, the theory goes, they have no business saying whether or not an officer took the correct action.

But all law enforcement agencies—whether it is their Internal Affairs division or, say, the District Attorney’s office—at some point have someone internally play the role of MMQB, reviewing the circumstances of officer-involved shootings and deciding if the level of force was appropriate. Until recently, those reviews never saw the light of day in Santa Clara County.

After being elected in 2010, District Attorney Jeff Rosen wasted little time in changing office protocol to release detailed public reports any time someone is shot by a local law enforcement agency. The goal, he says, was to explain to the public why an officer was being charged or cleared of charges. Every officer investigated in the 20 reports made available to San Jose Inside, dating back to March 2010, has been cleared of charges. And rightfully so, Rosen says.

“If you look at the reports of the folks who have been shot and killed by officers, it’s not a situation where somebody made a bad left turn and was pulled over; the officer is writing them a ticket and during the course of that somehow the officer ends up shooting them. I haven’t seen a situation like that,” Rosen says. “It tends to be situations where a person is either in the course of committing another crime, or is mentally ill, or high on drugs, or a gang member with hostility towards police. Those are more the situations I’ve seen.” He also blames the proliferation of guns.

The vast majority of the reports back up Rosen’s assessment. In September 2011, Paul Castillo kidnapped and murdered a woman before trying to run over two San Jose police officers with a stolen car. Five other people accused of carjacking between September 2011 and November 2013 tried to run over officers or flee the scene, likely to commit more crimes. Two were shot dead. Varun Kumar, killed in October 2011, had a history of leading police chases and had no intent of going back to prison when police boxed in the black Ford Taurus he stole. He played bumper cars and almost clipped an officer until three shots—one to the back—stopped him. That was after he’d already been Tasered and pistol-whipped a few times. Robin Fillie, a 31-year-old drug addict and her boyfriend, Samuel Rose, tried to run over an officer after stealing a car in Almaden. Fillie got lit up with multiple gun shot wounds. She was operating the vehicle under the influence of drugs, and the assumption that the officer could only shoot her “one time, not multiple times!" Now she knows.

The number of rounds fired in officer-involved shootings is a closely guarded secret by local law enforcement. Neither SJPD nor the Sheriff’s Office were willing to provide such information, citing a government code exemption. But through an inspection of DA reports, Metro has found that since 2010 the average South Bay police shooting involves at least 10.2 shots from a police weapon, with a high of 29 in a drug bust gone bad—Juan Ruelas was shot 29 times by six officers and found to be unarmed. Other instances, while more justified, suggest there is no guarantee anyone is tracking how many times a trigger is pulled.

In October 2011, Shareef Allman went on a killing spree at the Lehigh Quarry in Cupertino, murdering three co-workers and shooting seven more before setting off a countywide manhunt. Law enforcement tracked him down in Sunnyvale, and officers fired off at least 26 bullets before Allman turned his own gun on himself. When asked for clarification on the number of rounds fired in this instance and others, the DA was surprised to learn it had not come up with the exact total for some of its reports.

But sometimes it only takes one shot, such as the case of Valente Galindo, who was killed in the bedroom of his East San Jose home on Dec. 15, 2011. A suspected gang member was chased by police into the house and tossed a gun into a dark room, where Galindo and a woman were resting. Officer Lee Tassio says that Galindo, against his orders, picked up the gun and raised it, which is when Tassio fired one shot into Galindo’s chest. Pictures from the scene show the gun ended up under the bed next to a scarf, a woman’s shoe and a can of Four Loko.

The DA ruled the shooting justified, but knowing no prints or any DNA evidence from Galindo was found on the gun, the city settled a lawsuit by his family out of court for $900,000. City attorneys have justified the payouts despite arguing nothing was done incorrect.

There’s also the case of Rochaund Barris, who on Oct. 3, 2012, trespassed on the Diridon Station train tracks in San Jose. With meth in his system, distraught over a breakup, Barris ignored orders to stop from transit cop Irfan Zaidi, who also was serving as a deputy for the San Mateo County Sheriff’s Office. The DA’s report on the incident says Barris threw a rock and hit Zaidi in the leg. The suspect then meandered off into the trainyard, throwing a steel nail at a train window. Apparently this is when Zaidi felt the threat had been escalated, and he drew his weapon.

The officer confronted Barris and ordered him to put down another rock he held menacingly in his hand, but Barris didn’t comply. According to the report, Zaidi fired one shot at Barris’ hip and “watched his reaction to see if it would change.” It didn’t, so Zaidi shot him three more times.

One could MMQB how much of a threat Barris really presented with a rock, but the law is clear: Danger—similar to the shooting of Gonzales in the hotel stairwell—need only be perceived.

“A person resorting to deadly force in self-defense need only react to what is reasonably, rather than actually, apparent,” the DA notes in many of its OIS reports. “In other words, he need not be absolutely correct. But if wrong in assessing the threat, the conclusion must have been reasonable under the circumstances. There does not have to be actual danger necessary to justify the self-defense. If someone is confronted by the appearance of a danger, which arouses in his mind, as a reasonable person, an honest conviction and fear that he is about to suffer bodily injury, and if a reasonable person in a like situation, and knowing the same facts, would be justified in believing himself in like danger, that person has a right to self-defense whether such danger is real or merely apparent.”