The former manager of Hope’s Sober Living in San Jose was arrested on suspicion of sexually assaulting multiple residents under his watch. 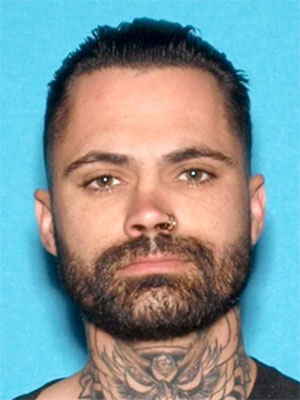 San Jose police say Justin Abraham Lopez, 32, assaulted at least four people, including at least one woman while he worked at the drug-and-alcohol-free facility in the city’s Evergreen area.

Police obtained a warrant for Lopez’s arrest while detectives with SJPD’s Sexual Assault Investigations Unit worked with their counterparts in Los Angeles to track him down at his current address in Sherman Oaks.

Police urge anyone with information about the alleged assaults to call detectives Gina Barajas or Melissa Montez at 408.277.4102. Those who wish to remain anonymous may call the Crime Stoppers tip line at 408.947.7867 or submit a tip online.

Tipsters who lead to arrests or convictions may qualify for a cash reward.

Sober living homes offer residents a drug-and-alcohol-free environment. Unlike rehabilitation centers, however, they are unlicensed by the California Department of Health and Human Services. The only oversight, typically, are local land-use laws and business permitting regulations.

According to an FAQ section on the Hope’s Sober Living website, the facility is overseen by a house manager and assistant manager, both of whom live among residents, have at least six months of sobriety under their belt and actively work a 12-step program.

Records on file with the Secretary of State show that Hope’s Sober Living, located at 2740 Flint Ave., was created as a limited liability company on March 6, 2018. Filings from 2019 list the CEO as Jolene Costa.