Observers said this would be a good year for women in politics. And though we’ll wait for the general election to see how much that holds true, Tuesday showed promise. Female candidates running for office in record numbers throughout the U.S. cleared major hurdles in the primary, including here in the South Bay.

That was certainly the case in a competitive bid for Santa Clara County supervisor that took a dramatic turn when a frontrunner, Santa Clara Councilman Dominic Caserta, bowed out last month amid allegations of sexual misconduct. The field of candidates vying to replace terming-out Supervisor Ken Yeager went from seven to six a few weeks before the race culminated Tuesday with a woman leading the pack.

Susan Ellenberg garnered more than 32 percent of the vote in the District 4 contest with all precincts reporting Wednesday, putting her way ahead of apparent runner-up and potential runoff challenger Pierluigi Oliverio.

Ellenberg was clearly in good spirits—all smiles, hugs and handshakes—Tuesday night at Luna’s Mexican Kitchen, where she watched the returns surrounded by campaign volunteers and well-wishers.

“Our inside ongoing joke or thing that we tell each other is every day is an adventure because there seems to always be something that’s unexpected, could be great (or it) could shake us for a few moments,” Ellenberg said. 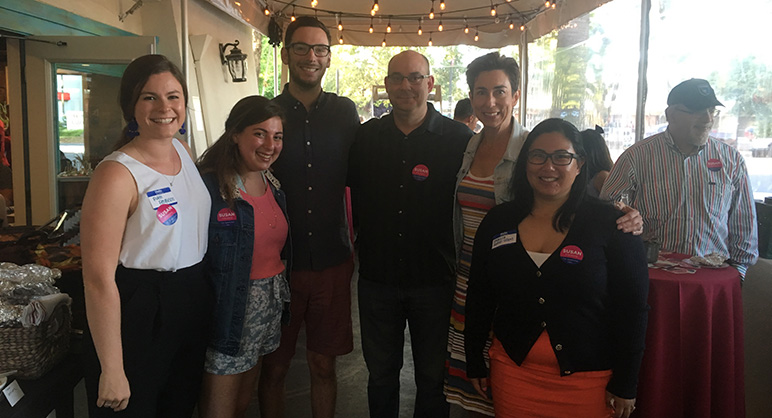 Susan Ellenberg was all smiles with friends and family at Luna's Mexican Kitchen. (Photo by Grace Hase)

By 7:30pm on election day, Ellenberg and her children gathered with friends and supporters to await the results, but her husband, Steve Ellenberg, was notably absent. With 30 minutes until the polls closed, Ellenberg said her husband was still out knocking on doors trying to convince people to get out and vote while they still had time.

The county’s District 5 Supervisor Joe Simitian also made an appearance at the Mexican eatery—a margarita on the rocks in hand.

“I just become more and more impressed with her as her campaign unfolds,” said Simitian, who could gain an ally on the five-member board if Ellenberg wins in the November general.

As for those 2,488 voters who chose Caserta, it would be interesting to know how many mailed their ballots before San Jose Inside broke the news of the harassment claims. 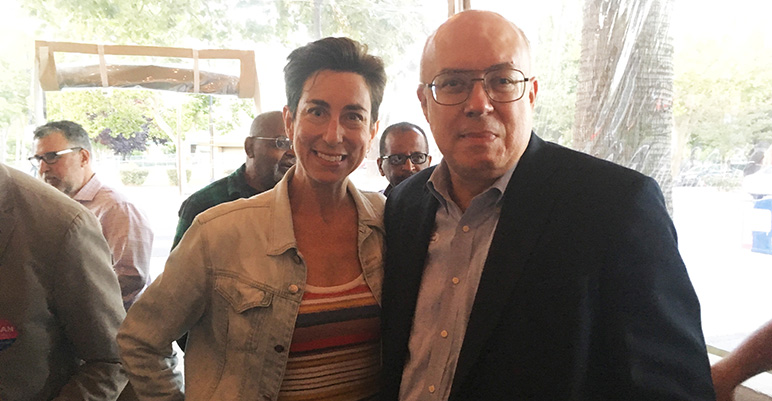