A 19-year-old cousin of Gilroy council member and prominent Santa Clara County Democrat Rebeca Armendariz was arrested Oct. 31 in connection with a Halloween party shooting outside her Gilroy home that left an 18-year-old dead and three other teens injured.

Gilroy police took Benjamin Calderon of Gilroy into custody in connection with the shooting death and said Nov. 1 they believed at least two shooters were involved in the early morning incident.  Investigators said they found two firearms at the scene of the shooting, as well as other evidence. Armendariz told ABC7 News that the alleged shooter is her second cousin, and that she was home at the time of the fatal shooting.

Gilroy police on Monday identified the deceased victim as Michael Daniel Zuniga-Macias, 18. All of the injured are between the ages of 17 and 19 years old, according to Gilroy police, who were called to the large party shortly before 1am Saturday morning.

A post to the Gilroy Dispatch’s Facebook page showed an invitation to a party at the Armendariz home hosted by “Ben.” It is not clear if Calderon was the host. The family home referred to as “El Rancho Las Animas” was the site of recent beer and rum drinking parties with members of the Armendariz and Calderon clans, according to social media posts.

Armendariz, who worked for 15 years as an organizer for the Service Employees International Union (SEIU), became business representative for Operating Engineers Local 3 two years ago, according to her LinkedIn profile.

Since being elected to the Gilroy City Council in 2020, Armendariz has been an ascendent political figure, serving on the Santa Clara County Democratic Central Committee. A month ago she stood beside Assemblymember Evan Low and former Silicon Valley Leadership Group CEO Carl Guardino to endorse County Supervisor Cindy Chavez for mayor of San Jose at Chavez’s kickoff event.

The city of Gilroy has a “social host accountability” ordinance that holds “social hosts and/or landowners” responsible if they “knowingly allow such loud or unruly gatherings to occur on their premises, at their residence, or at rented facilities where alcoholic beverages are served to, consumed by, or in the possession of underage persons.”

“It shall be unlawful for a person to knowingly conduct or allow a loud or unruly gathering where alcohol is served to, consumed by or in the possession of an underage person,” the ordinance reads. 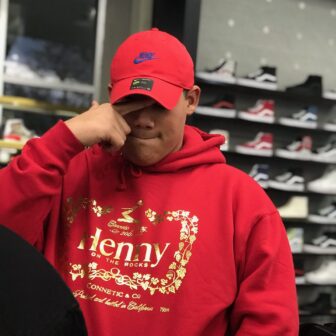 This article has been updated to correct the date of arrest and include a link to an article on the decision not to file charges.