Akash Kapoor opened Curry Up Now as a food truck in 2009 and by 2020, had expanded to five trucks, 18 storefronts and three bars. He thought 2020 would be the company’s “coming out” year, with new locations in Hoboken, Sacramento and Salt Lake City in February 2020.

Then came the coronavirus.

“Usually, restaurants need a lot of tail wind, and immediately we were faced with head wind,” he said.

But a new partnership that has brought his food into “digital food halls” in the Bay Area—including two new South Bay locales—has Kapoor feeling some relief. The concept by Local Kitchens, like other ghost kitchens, offers online ordering, but also digital kiosks on-site that let hungry patrons mix-and-match dishes from eight to 10 restaurants in a single building. The buildings offer no seating and all the food is packaged to go.

The newest outpost is in Cupertino at 21666 Stevens Creek Blvd., but the company recently opened a San Jose location at 1721 Rogers Ave. Local Kitchens also has a building in Lafayette at 3455 Mt. Diablo Blvd.

Offerings at the digital food halls come from restaurants all over the region, making up what the startup founders have dubbed “the best of the Bay Area food scene.”

“We love food halls, the best part about them is the diversity of food options,” Jon Goldsmith, the company’s CEO, told San Jose Inside. “We thought about what that would look like in a digital-first world, if you don’t have to actually take up the full footprint—maybe we can make this more efficient, and in turn bring this to a lot more people.

DoorDash alums Goldsmith and Andrew Munday alongside longtime software engineer Jordan Bramble started the enterprise to “bring the food hall model to the digital age” but found their footing at the beginning of the pandemic as indoor dining came to a fast halt. 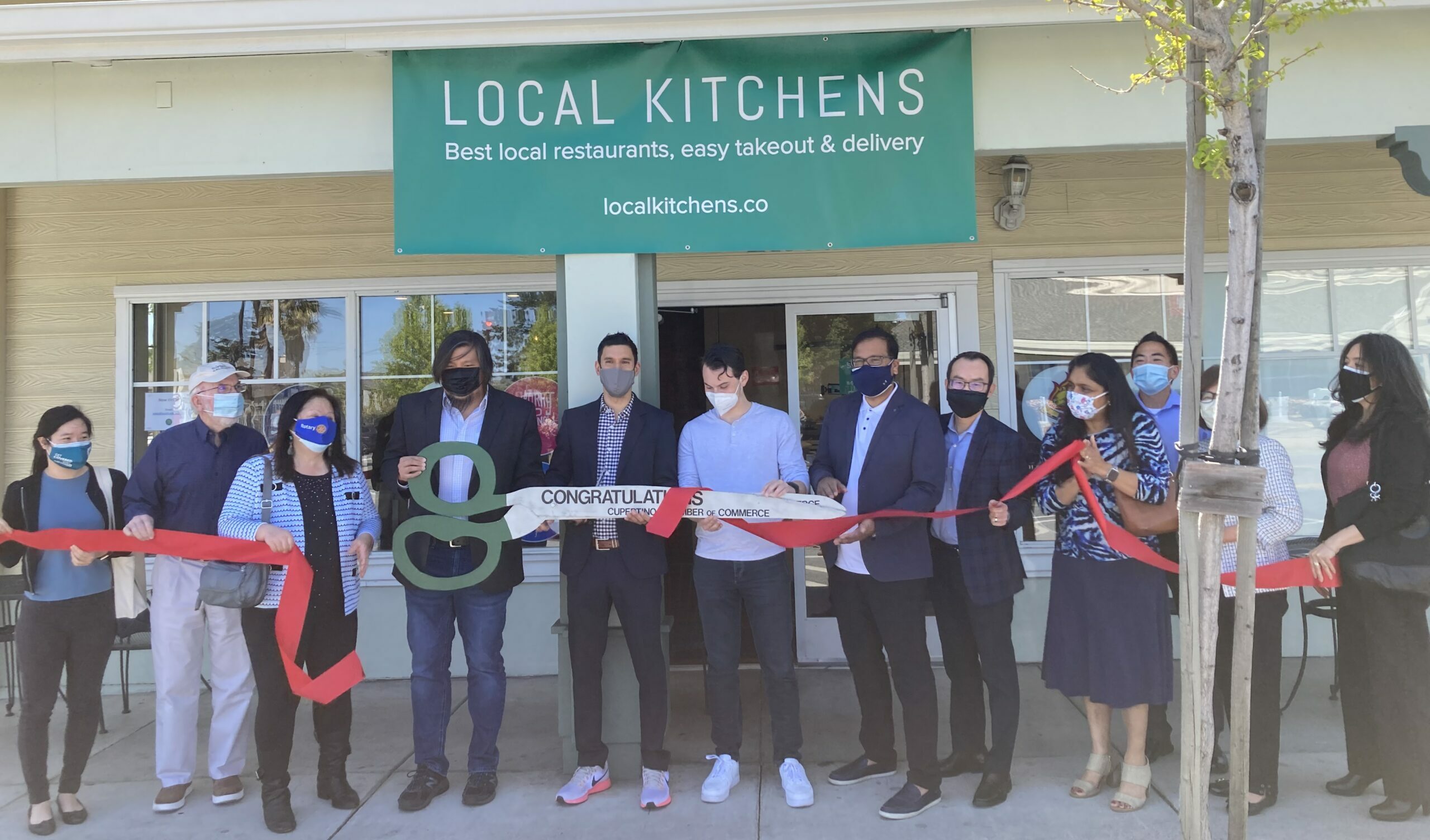 “I think what we heard across the board was that everyone was looking for an alternative to the brick and mortar—this was even before the pandemic, but especially during it,”Goldsmith, the company’s CEO, told San Jose Inside. “We felt like we were in a really great position to help provide additional revenue streams and a new growth plan for restaurants that didn’t require building out their stores.”

Kapoor said Curry Up Now already had digital-minded business strategies in place, but the partnership with Local Kitchens has been a boon because the restaurant’s reach has grown. He doesn’t think there will be any problems with food quality.

And, Kapoor added, the connection brings a longtime friendship with Goldsmith into a new age.

“I feel very comfortable with Jon, he used to make deliveries for Curry Up Now back when DoorDash first started,” he said. “This is an awesome team, most of whom are ex-DoorDash people who are familiar with Curry Up Now and know that we’re the leaders in the Indian cuisine segment.”

Local Kitchens’ three locations are all relatively new, but Goldsmith is already thinking about growth.

“Our goal is to have a presence in every part of the Bay Area, and then across the state, if not across the country,” he said. “Every city has its own selections and stories to tell—if we can blend the tech with good food, that’s the experience we’re going for.”