State regulators recommended suspending the credentialing program at the Metropolitan Education District on June 25, after a probe uncovered systemic mismanagement and lack of accountability. The California Commission on Teacher Credentialing (CTC) found that MetroED had failed all but one of the legal benchmarks to train teachers.

“The team found no evidence that faculty, instructional personnel and relevant stakeholders are actively involved in the organization, coordination and governance of the teacher preparation programs,” according to the report compiled by a six-member accreditation team.

Denying accreditation is a rare move, according to Joshua Speaks, a legislative analyst for the CTC, which regulates 160 teacher prep programs in California. This marks only the second time in the commission's 45-year history that it denied accreditation and closed an institution.

"This is definitely a last resort for us," Speaks said.

MetroED provides occupational training at 35 high schools in Santa Clara County and runs satellite programs in Alameda, Santa Cruz and Monterey counties. It operates as a joint power authority of six South Bay public school districts, with a governing board made up of a trustee appointed from each affiliate agency.

On July 8, MetroED Superintendent Alyssa Lynch sent out a letter to teachers-in-training, advising them to file for a refund and transfer to another credential program. The nearest comparable credentialing services are in San Joaquin, Fresno and Sonoma counties. MetroED's was one of 15 career-and-tech-focused teacher prep programs in California and churned out about 60 to 90 graduates a school year.

In the June report, the accreditation team wrote a critical appraisal of the agency's management. “During interviews with [Lynch], it was confirmed that she currently lacks detailed knowledge of the … preparation programs,” the report said.

Lynch blamed an employee's sudden departure for leaving MetroED in a lurch. Coordinator of Credential Services Joyce Veasley was laid off two months before the site visit, and replaced by an interim supervisor who also had a limited grasp of the program.

"The former program coordinator ultimately did not comply with all of the new requirements set forth by the Commission on Teacher Credentialing," Lynch told San Jose Inside. "[Veasley] was eliminated in March 2015 when it became apparent that [she] was unable to implement all of the new program standards."

Some MetroED insiders defended Veasley, saying it was unfair to pin the responsibility on one person, as her supervisors should have had some knowledge of the program under her purview. Especially considering that Lynch oversaw career and technical education programs for the Santa Clara County Office of Education before assuming her role as MetroED superintendent in 2013.

Veasley has since taken a job as director of business services for Fremont's Mission Valley Regional Occupation Program, where she came highly recommended by her peers. She has yet to respond to a call for comment.

MetroED has offered credentialing in vocational education, adult education and “special subjects” since 1996. But the adult education program expired Jan. 1, 2013, because MetroED never submitted the documentation to continue. Though MetroED failed to renew its adult ed credential program two years ago, it continued to offer coursework to aspiring teachers.

MetroED's five-year adult ed credentialing programs expired in 2013, as documentation required to continue the training due in 2012 wasn’t submitted until September 2014. It also failed to renew its three-year adult ed credentialing service, which rendered the entire program inactive since 2013. More documentation due a year ago wasn't submitted until a week before the commission sent its accreditation team to MetroED's San Jose offices.

Leading up to the site visit, which took place over a few days in May, the reviewers noted several "unusual circumstances." Regulators contacted  MetroED "numerous times" to offer help and acquire the overdue documents. Yet Lynch and others in her cabinet ignored emails, letters and calls, according to the June report. 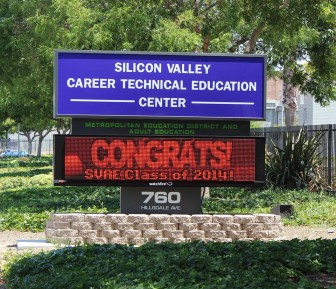 The lapse in communication, as well as the "late submission and the poor quality of the documents" once they were sent, prompted the commission to take a closer look. When the accreditation team arrived in May, it decided to conduct a thorough review—interviewing 88 people and going through thousands of pages of documents—rather than a typical program sampling.

The on-site investigation revealed that teachers working toward their credentials received little to no oversight. Several trainees said they were frustrated with the lack of guidance and had no grasp of the program's expectations. Admission requirements weren't being applied consistently to each candidate. An advisory board tasked with overseeing the program hadn’t met for five years until this past January. The agency was also unable to provide commissioners with any evidence of competency for teachers in the program.

Only the Santa Cruz County Regional Occupational Program, an affiliate of MetroED, was determined to be effectively preparing teachers. The report stated that for the sake of the Santa Cruz satellite campus, the commission may consider granting probationary accreditation with strict stipulations.

"The team is concerned that by denying accreditation to MetroED, important services to prepare needed teachers would become unavailable to a large geographic region," the report said.

Based on MetroED's directive urging program participants to transfer elsewhere, however, it seems the agency would rather let the program die out, for the time being, than meet the minimum standards to revive it. The teacher prep program is scheduled to end in September, according to MetroED's website. Lynch said MetroED will have another chance to apply for accreditation in 2017.

Some of her employees say the loss of accreditation is a symptom of widespread mismanagement at MetroED. 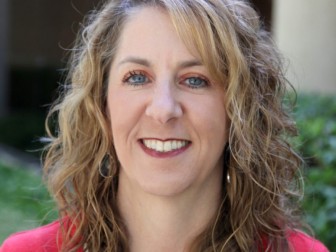 Months into her tenure, Lynch received a unanimous vote of “no confidence” from teachers at MetroED’s Silicon Valley Career Technical Education Center. Collette Betters, a California Teachers Association chapter president, said in a March 12, 2014, letter announcing the vote that Lynch lacked the “experience, talents and vision” to lead the organization. She blamed Lynch for creating an “adversarial administration" and damaging the agency's reputation.

Since her hiring, Lynch has replaced all but two of her seven-member administrative cabinet. Welsh-Treglia came on as HR director in 2014, after being laid off from a San Gabriel Valley school district in the wake of a months-long investigation into workplace harassment after one of its teachers committed suicide. Director of Instruction and Accountability Jodi Edwards-Wright was hired in August last year, around the same time as Silicon Valley Adult Education Interim Principal Gloria Curd. Chief Business Officer Marie dela Cruz was hired in February this year.

Lynch has also been criticized for relying on a coach to guide her, even after two years on the job. The contract with Rhonda Farber, a retired superintendent of Campbell Union High School District, costs MetroED $5,000 a quarter and was renewed during a special board meeting last week.

Meanwhile, allegations of bullying, retaliation and unfair labor practices have dogged the district. Several cases have been filed through the federal Equal Employment Opportunity Commission (EEOC) and the Fair Employment and Housing Agency. In an EEOC complaint logged in April, a teacher claimed retaliation by MetroED administrators for "whistle blowing governing fiscal irresponsibility."

More cases have been submitted to the state's quasi-judicial Public Employee Relations Board. Each complaint will remain confidential until a judgement is handed down, but some of those employees plan to take their grievances to civil court.

"We are not rogue teachers in any way," one teacher told San Jose Inside. "We are bullied beyond belief."

A six-year instructor, who filed a separate EEOC complaint in April and has hired an attorney to pursue federal litigation against the agency, said the hostile work environment forced him to abandon his classroom mid-semester this spring.

“Be further advised that the stress and anxiety heaped upon me by your MetroED administration has necessitated my absence (at least for the time being) from my normal teaching duties—at my doctor’s advice and direction,” he wrote to MetroED’s governing board and administrators in late April. “This separation from my class and my students adds to the pain I’m forced to endure.”

Lynch said she can't comment on pending litigation, but that board members are notified of each new case.