Parents of Sierra LaMar, who was murdered by Antolin Garcia Torres in 2012, found little comfort in the sentence handed down to the killer Monday: life in prison without the possibility of parole.

Marlene LaMar, mother of the teen who disappeared from home when she was 15, pleaded with Garcia Torres to “make it right by being honest with himself” and reveal what he did with Sierra’s remains.

“I feel at peace that he will not be on the streets and harm another child,” Marlene said outside the courthouse Monday, shortly after the jury read the verdict. “But the angst will be in our lives forever. Nothing will ever take that away.”

Steve LaMar, Sierra’s father, said he is “disappointed” in the penalty verdict. The only other sentencing option available to the jury, which found Garcia Torres guilty of murdering Sierra on May 9, was the death penalty. 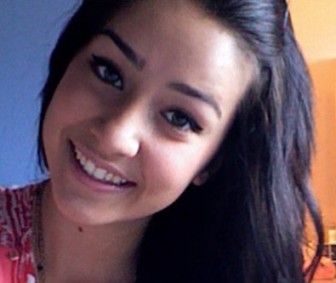 Sierra disappeared from her north Morgan Hill home March 16, 2012, while she was walking to her school bus stop at the intersection of Palm and Dougherty avenues, according to investigators. She was a sophomore at Sobrato High School at the time she disappeared.

Garcia Torres, 26 of Morgan Hill, has been in jail since he was arrested for the kidnapping and murder of Sierra in May 2012. The trial for the murder charge—as well as three unrelated attempted kidnapping counts from 2009—began in January.

Following the three-month trial, after which the jury found Garcia Torres guilty of all counts, jurors heard another two weeks’ worth of testimony in the penalty phase. The jury deliberated for three days before concluding that he should be sentenced to life in prison without the possibility of parole.

Sierra’s remains have not been found, despite the efforts of hundreds of volunteers who joined organized search efforts in the months and years following her disappearance. Some of those volunteers have faithfully attended the trial for Garcia Torres since it began.

Speaking to the media outside the courthouse Monday, District Attorney Jeff Rosen declined to say that he was upset with the penalty verdict, and he thanked the jury for ensuring Garcia Torres “will die in prison and will never take another breath as a free man.

“This child murderer will never hurt another person, nor another family, nor another community,” Rosen said, praising the sheriff’s office and prosecutors who brought Garcia Torres to justice.

The DA noted that Sierra would be about 20 years old today, perhaps “finishing up her first year in college, or starting a shift at work” or spending time with her family or friends on a typical Monday.

“But no, Sierra is not coming home. Human justice can hold the guilty accountable, but it cannot resurrect the dead,” Rosen said. “There is no joy in this verdict—only mourning (for) the death of a child who was murdered, a void that will forever ache and that can never be filled. May Sierra’s memory be a blessing for her family and our community.”

Santa Clara County Sheriff Laurie Smith also spoke to the media after the verdict. She said there is some “solace” in knowing that Garcia Torres is held accountable for the “cold blooded murder” of Sierra, but the sheriff argued that he should to tell investigators the locations of the teen’s remains.

“If Antolin Garcia Torres has one ounce of humanity ... in that cold-hearted, murderer’s heart, I call on him to tell us where Sierra is,” Smith said.

Rosen said that he remains hopeful Garcia Torres will tell authorities where to find Sierra’s body.

During testimony in the penalty phase of the trial, attorneys for Garcia Torres pointed to his background, in which he grew up in poverty and a household where domestic violence was common, to arouse sympathy for the killer.

Deputy DA David Boyd, on the other hand, argued that Garcia Torres deserves the same fate that he gave to Sierra.

As the jurors exited the courthouse, they were escorted to an adjacent parking garage by several sheriff’s deputies. They ignored reporters’ questions and requests for comment.

Garcia Torres will be formally sentenced at a Sept. 14 hearing, also at the Hall of Justice.

Defense attorney Al Lopez told Judge Vanessa Zecher after the penalty verdict was read that he intends to file a motion for a new trial.

Lopez did not offer details, but the request for a new trial could be related to the testimony of a sheriff’s sergeant during the guilt phase of Garcia Torres’ trial. It was discovered in recent weeks that the same sergeant gave false testimony in an unrelated murder trial, motivating the judge in that case to reverse the guilty verdicts for two suspects.

This story first appeared in the Morgan Hill Times.