So says county Assessor Larry Stone in his announcement of the report, which reflects the total net assessed value of real estate and businesses in the South Bay as of Jan. 1. 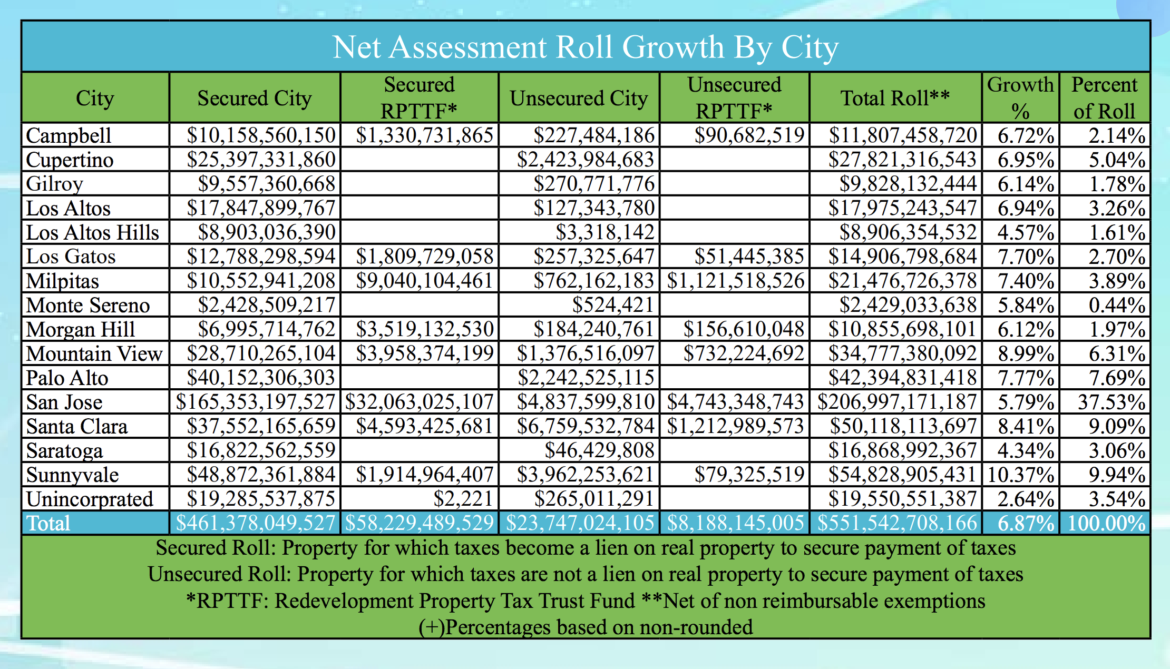 “Since property assessments are based upon market value of property as of Jan. 1,” Stone writes in his 36-page report, “I anticipate 2021 will be a significant transition year, as my office will consider the full economic impact of Covid-19 on real estate values.” 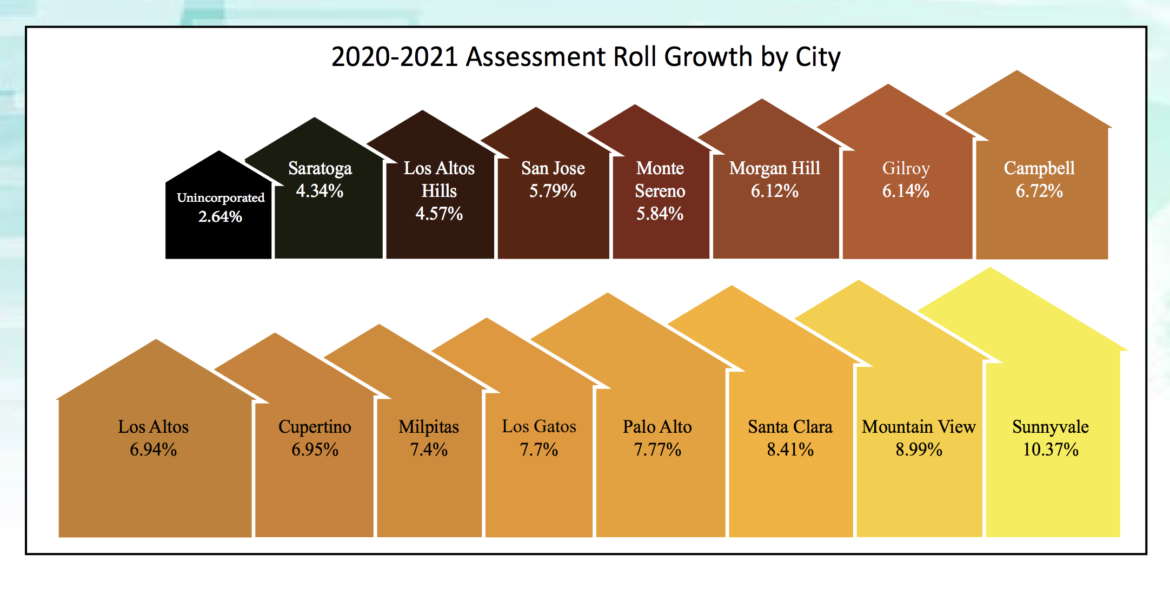 Over the past 10 years, the county’s assessment roll rose by 84 percent thanks to changes in ownership and new construction, according to Stone. In 2020, new construction added just $1.3 billion to the roll compared to $8.5 billion in 2020—a 700 percent increase.

Many of the same firms pushing the stock market to record levels went on a years-long land-buying spree that fueled the region’s economic ascendance.

“Just as married couples will often rent before purchasing, emerging high technology companies followed a similar pattern. Silicon Valley has been a major beneficiary as major companies have planted deep roots in the valley with plans for continued expansion,” Stone explains in his report. “Unlike the Dot Com boom when technology companies were primarily tenants of office and industrial property, the economic boom of the past 10 years has been characterized by mega office and commercial developments of tech companies, including Apple, Google, LinkedIn, Adobe and Nvidia.”

Roll growth surpassing the county average in Sunnyvale, Santa Clara and Mountain View stemmed from major commercial and industrial projects by Google, Jay Paul, Nvidia and Westfield Valley Fair, according to the report.

Unincorporated parts of the county and primarily residential communities such as Saratoga and Los Altos Hills, on the other hand, saw less than 5 percent roll growth.

Even before the pandemic brought the economic to a grinding halt, Stone says his office saw signs of a slowdown. Leading up to 2020, for example, there was a notable decline in the assessment of business property, including machinery, equipment, computers and fixtures, which grew by $775 million—$1 billion less than the year before.

Meanwhile, for the first time in a long time, the assessed value of more than 8,000 single-family homes and condos dropped below market value in the latter half of 2019. All other properties hovered below their purchase price.

Then came the pandemic.

“Without question,” Stone writes in his yearly overview, “the health and humanitarian crisis of Covid-19, and the restrictions imposed by the shelter-in-place order have been the greatest challenge of my 26 years as assessor. My executive management team immediately set into motion actions designed to protect our employees and taxpaying customers, while continuing our commitment to provide quality public service, and successfully performing our essential functions.”