It’s already been a historic election in the Bay Area’s most populous county. On Tuesday, voters surpassed the record number of ballots cast—724,596—that was set during the 2016 presidential election.

And as of Wednesday morning, ballots sent in via mail kept flowing into the Santa Clara County Registrar of Voters Office. Ahead of the 5pm return of results on Wednesday evening, spokesman Eric Kurhi said that roughly 340,000 ballots had yet to be processed—bringing the total number of ballots up to more than 858,000.

With 1,019,309 registered voters in the county and 858,000 ballots already received, voter turnout currently stands at roughly 84 percent. During the 2008 presidential election, the county had a 86 percent voter turnout rate. 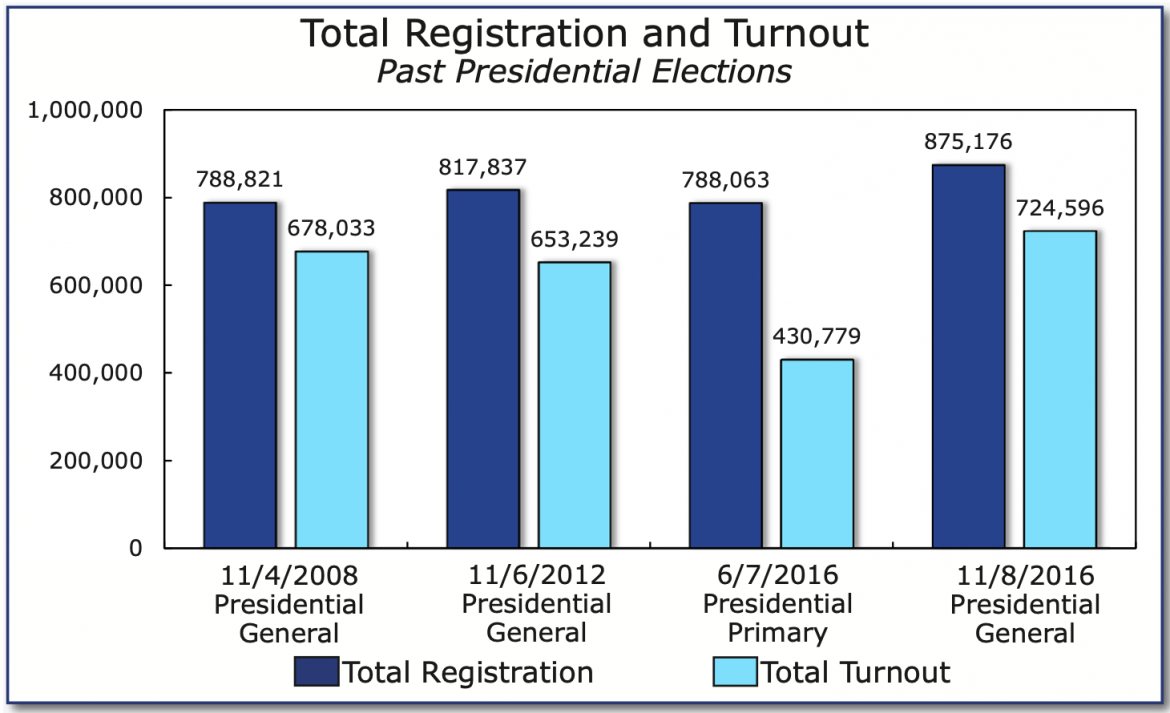 The 2008 presidential election had record turnout in the county with 86 percent of voters casting a ballot. (Graphic Courtesy of the Santa Clara County Registrar of Voters Office)

“We’re at almost 860,00 [ballots] now and we generally get a bunch the day after the election,” Kurhi said of incoming mail-in ballots. “Given all that, it certainly looks like we’re going to break that record.”

In California, ballots can be counted up to 17 days after Election Day as long as they are postmarked on or before Nov. 3. Kurhi said they’d need to receive roughly 19,000 more mail-in ballots in the next two weeks in order to break the 2008 record.