In what seems like a past life, Daniel Guhl pilfered chicken wraps from the grocery store or haggled with a 7-Eleven clerk to take the trash out in exchange for a throwaway burger.

“I’d scrounge and scrape, go canning, do whatever I needed to eat,” he says. “To be honest, my addiction was more important than anything else.”

Eighteen years into hard-fought sobriety, the once-homeless Guhl oversees a soup kitchen that serves roughly 157,000 meals a year. He still scrounges, in a way, as program director for the Salvation Army’s Emmanuel House homeless shelter. Only now he’s aided by technology: a mobile app marketplace called Waste No Food.

“Really, I go about my business and wait for my phone to beep,” says Guhl, who helps the shelter’s head chef, Tony Williams, dish out something on the order of 350 plates a day.

On Monday, he picked up 100 pounds of mac & cheese, 300 pre-made pizzas and 300 brownies, mini tarts and pastries from Levi’s Stadium. A paltry home game turnout for the 49ers left the venue with more food than it knew what to do with. Since the start of football season, the venue has donated more than 12,000 meals to local charities through Waste No Food.

If not for the app, those leftovers may have rotted away with the 34 million pounds of edible food that, according to Bay Area-based think tank Food Shift, turns into a pulp in Santa Clara County landfills each year. Silicon Valley has recently joined a nationwide push to recover some of the $165 billion of comestible food that Americans spend $750 million to dispose of each year. While food banks have long fed the hungry, leftover prepared meals often turn bad too quickly to donate.

The county hired Food Shift last January to study what happens to the perishable meals that go unsold or uneaten from venues, restaurants, stores and events and how to recover more food before it ends up in the trash.

“There’s an enormous amount of waste,” Food Shift founder Dana Frasz says. “But our food recovery efforts are under-resourced and overstretched. A lot of groups are out there gleaning or recovering food in some capacity, but the number one challenge is infrastructure—a lack of refrigeration, storage, volunteers or technology.”

Nationally, according to her group’s June 2015 report, 40 percent of all food produced in the United States gets thrown out. Meanwhile—despite record job growth and a near-six-figure median income—one-in-four South Bay residents and one-in-three children go hungry. Food stamp enrollment in the region hit a decade high in 2012. Second Harvest Food Bank said it fell 125 million meals short of meeting the needs of the region’s low-income families in 2014.

The hidden price of food waste is no less staggering. Each year, hunger costs the nation $130.5 billion for healthcare, $19.2 billion in lost academic and workplace productivity and $17.8 billion on charities to address hunger, according to a 2011 report by the Center for American Progress. In 2010, California’s cost totaled $19.6 billion.

“The resources are out there to help these people, but we needed a way to connect them,” says Ray Bramson, who leads the city of San Jose’s Homeless Response Team. “We wanted to figure out a way to get these excess supplies to nonprofit service providers, especially kitchens that serve thousands of people a year.”

A year-and-a-half ago, he brought the matter up with the Silicon Valley Talent Partnership, an organization that connects public agencies and nonprofits with private-sector volunteers. The Talent Partnership studied various technologies and met with scores of groups to drum up a regional initiative to curb waste and hunger in one fell swoop. The result was Feeding Silicon Valley, which launched in September.

“We don’t need to produce more, we need to waste less,” the Talent Partnership’s Executive Director Lea King says. “We brought together corporate cafeterias, the SAP Center, the San Jose Convention Center, Levi’s Stadium, restaurants and stores to redirect surplus food to the nonprofits that already feed thousands of people each year.”

Thirty-five-year-old Martha’s Kitchen, which serves 25,000 free meals a month in Santa Clara, Santa Cruz, Merced and Monterey counties—and 4,500 a week in San Jose alone—logs on to Waste No Food to claim a few-hundred extra salads and sandwiches from nearby conventions. Guhl says he’s become obsessive about keeping his phone in his pocket so he never misses a push notification from local venues. To scores of churches, shelters and other charities, the online platform has become indispensable. 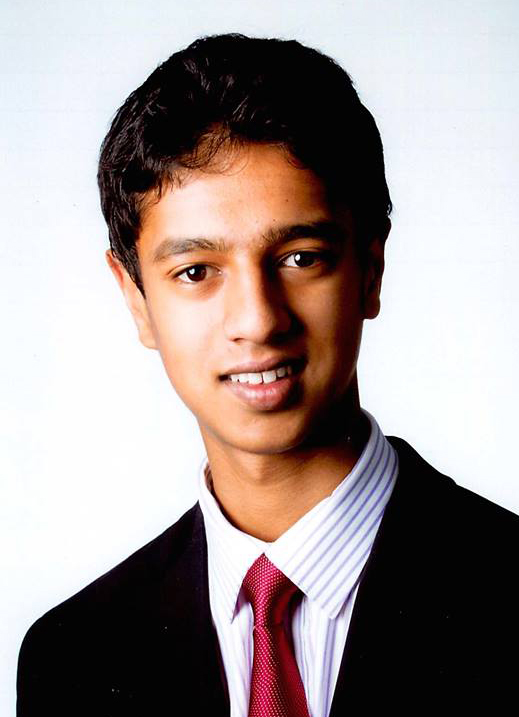 “Before, they lacked an expedient way to get rid of food,” says Kiran Sridhar, the 18-year-old founder of Waste No Food. “For a stadium or a banquet hall, it’s culturally unacceptable for them to run out, but it wouldn’t be efficient for them to every day call every single charity to find out who would take it. There’s a time limit. Food goes bad.”

On the app, nonprofits get alerted in seconds once someone posts a notice online. Ewell Sterner, the director of food and beverages for Team San Jose, which runs the McEnery Convention Center, launched an initiative called Hunger at Home three years ago to donate unused food from hotels and venues to local nonprofits. He has since merged that effort with Feeding Silicon Valley and ramped up its efficacy by using the mobile app.

Sridhar created Waste No Food when he was 16, inspired by field trips to San Francisco’s Glide Memorial Church to feed the homeless. He says his nonprofit online exchange has so far diverted 400,000 meals—worth approximately $2 million—from the dump.

Aside from addressing the societal issues of hunger and waste, the Los Gatos resident says he’s concerned about the environmental impact as well. When food decomposes, each pound of matter emits a pound of methane—a greenhouse gas 20 times more potent than carbon dioxide. Another important facet, he says, is conservation. In California, the vast majority of the state’s water goes to food production.

“A large part of this is sustainability,” says Sridhar, who’s majoring in economics at Stanford University. “The problem is so vast that we really do need to leverage whatever help we can get to address this.”

Peninsula Food Runners, a nonprofit website similar to Waste No Food but without a mobile app, has delivered unused food to community groups in need since 2007. Menlo Park-based 1 Grain to 1000 Grains offers grocery store castoffs for a nominal fee to low-income buyers.

South Bay gleaners from Village Harvest and Garden to Table pick tens of millions of pounds of produce from backyard fruit trees and small orchards to give to the local food bank.

Other apps facilitate small-quantity donations of leftovers with limited legal risk thanks to “Good Samaritan” laws that relieve donors of liability if they give in good faith to a nonprofit. According to a recent report by the University of Arkansas School of Law, there has never been a successful effort to get around the Bill Emerson Good Samaritan Food Donation Act.

There have been commercial counterparts to the nonprofit drives, too. In the East Bay, a startup called Imperfect Produce has zeroed in on a specific type of food waste: misshapen but perfectly edible fruits and vegetables. Its founders discovered that 20 percent of produce in the US is rejected by grocers because it looks funny. The East Bay company buys “cosmetically challenged” produce for a song and re-sells it to consumers.

Food Shift’s Frasz says she’s heartened to see institutional backing for a project like Waste No Food. But she’d like to see more investment in food recovery. Communities fund recycling and trash hauling, but offer little in the way of monetary support for curbing food spoils.

“To a large extent, we rely on volunteers and nonprofits,” she says. “I’d like to see action follow the interest, to see institutions and governments take this knowledge about the impact of food waste and act on it.”