Assemblywoman Nora Campos doubled down Tuesday in accusing her election opponent of criminal behavior, but a law enforcement report suggests she may have gone too far in her comments.

After husband Neil Struthers was kicked in the balls in an April 29 fight at the Fairmont—he allegedly instigated the melee by calling another man racial and homophobic slurs—Campos created a YouTube video to end all North Korean hostage reenactments.

In the video, the assemblywoman claimed in stilted remarks that Sen. Jim Beall (D-San Jose), who she is hoping to unseat this election cycle, and Senate president Kevin de León directed “henchmens” (sic) from laborers union Local 270 to attack her husband. She added that a little more than a week later, at the senators’ behest, union associates were “intercepted” as they tried to break into her home.

The video has since been removed from YouTube, perhaps because such bold remarks put the assemblywoman at legal risk for slander.

Regarding the accusation that men tried to break into her home, San Jose Inside has obtained the report taken by the California Highway Patrol (CHP). More on that in a moment.

On Tuesday, Campos enlisted the help of Darcie Green, a county school board trustee whose husband also has a history of violent behavior, to level more accusations Beall’s way.

In the press conference, Campos suggested her accusations against the senator inspired “women from throughout the region” to tell “their stories of sexual harassment, intimidation at work and, in some incidents, the loss of employment.”

The event actually featured just two other women: Green and Maribel Moreno, who worked as a secretary for Local 270 business manager Enrique Arguello.

Green said that Sen. Beall pressured her employer, Kaiser Permanente, to force her into taking an unpaid leave while running for Assembly, or face being fired. Hoping to fill Campos’ termed-out seat, Green also claimed to have written evidence of Beall inappropriately using his influence to affect her employment status. It appears she did not provide that documentation to any media outlet invited to the presser.

Earlier this week, San Jose Inside obtained a report from the CHP, which responded to Campos’ home on the afternoon of May 10 after a neighbor saw two men in a car parked across the street.

Around 3:30pm, Darren Hampton approached a parked car and asked two men if he could help. “One of the men asked which house belonged to Nora Campos,” the report states. Hampton told them to call Campos’ district office before alerting Struthers, who was inside the family’s home.

The report notes that Struthers came outside to see a maroon Ford Fusion driving away, and he identified the passenger as Local 270 president Mario Delgado. CHP officers were not able to locate the vehicle.

On Friday, Delgado hung up on a phone interview when the CHP report was raised. He did not answer a text message and follow-up calls.

While it might be true that Delgado staked out Campos’ home, the CHP report makes no mention of senators Beall and de León, who have both denied all allegations made by Campos and Green. The report also notes that no crime was committed

Beall and Kaiser Permanente both denied Green’s allegations in a story by the Mercury News.

He added: “These are the type of antics I expect from the circus of a GOP presidential primary. Democrats run for office in a serious and professional manner. But what I'm even more troubled by—and what I think the people of that District should be outraged by—is the obscene amounts of money that Big Oil is spending to bankroll Nora Campos for the sole purpose of reversing California's clean energy and clean air policies.”

One of the many subplots to this ridiculousness is Campos’ institutional support as she challenges Beall, an ally of de León’s in the Senate.

An independent committee supported by Big Oil has spent roughly $340,000 to assist Campos’ candidacy after she walked out of a September 2015 vote on SB 32, a landmark greenhouse gas reduction bill de León had championed. The bill died on the Assembly floor.

Campos’ allegation that political opponents are targeting her home, if true, has a bit of a karmic connection.

Campos’ brother, Xavier, won a 2010 election by 20 votes thanks to a fraudulent mailer produced by political ally and close family friend George Shirakawa Jr. During a search of the disgraced ex-county supervisor’s home, investigators found Shirakawa had printed out directions to the home of Magdalena Carrasco, now a San Jose councilwoman who defeated Xavier Campos after falling short in the 2010 race.

Carrasco said she was harassed by associates of the Campos family during both election cycles, and prosecutors suggested in one of Shirakawa’s trials that Assemblywoman Campos gave him $5,000 as payment for the fraudulent mailer against Carrasco, who has a child with Sen. de León.

A recent mailer from the Beall campaign, entitled “Licked,” lays out a timeline of events in the matter: 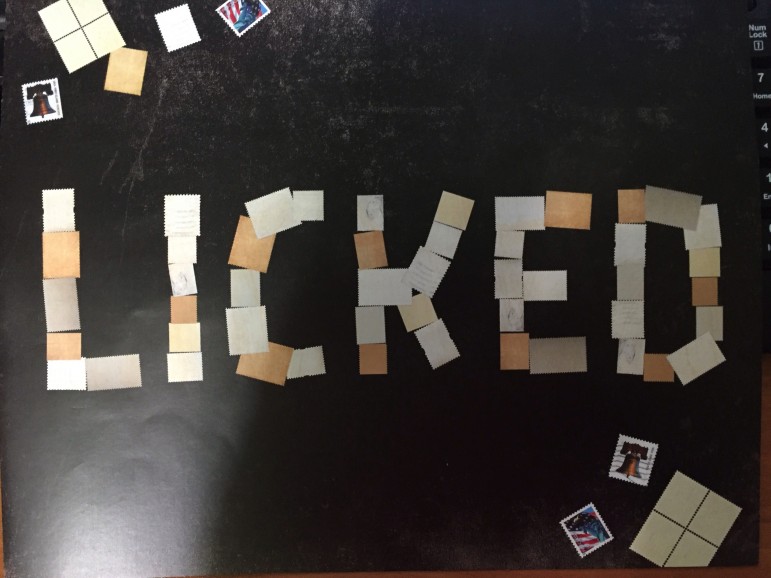 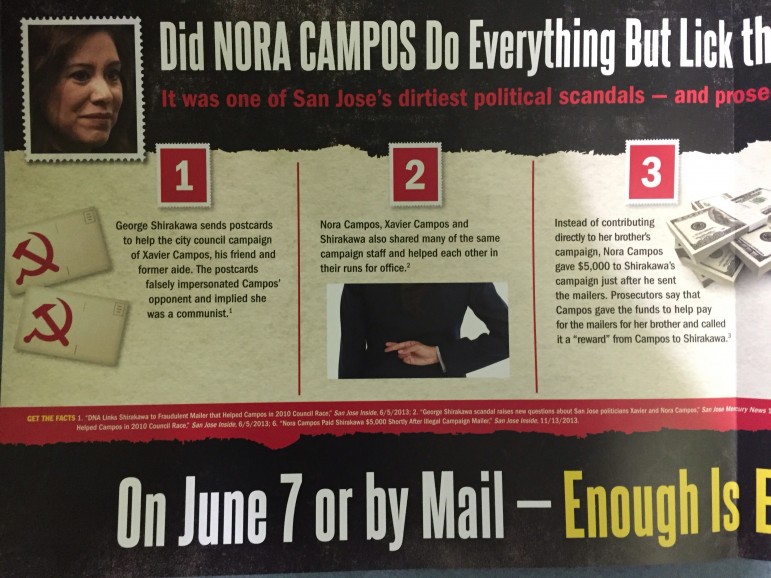 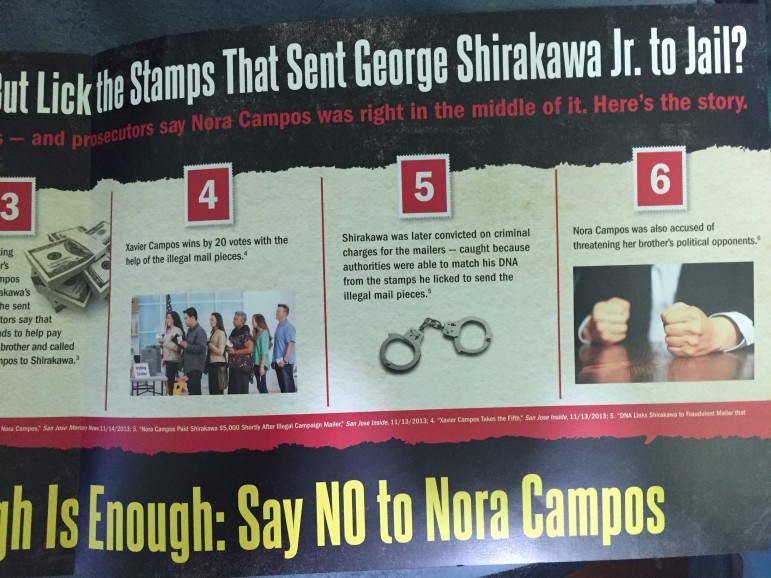 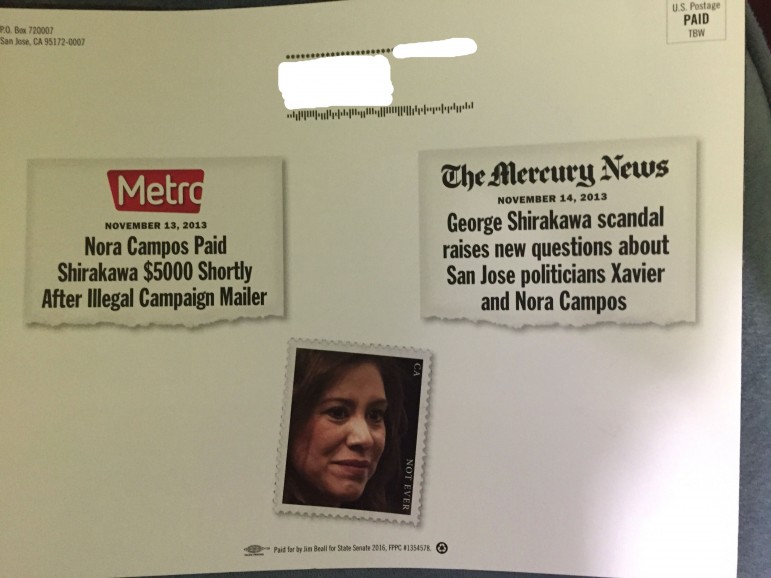