Michael Schaupp left Santa Cruz around midday Dec. 10, 2013, for a 2pm class at Ex’pression College in Emeryville. The 36-year-old father and design student had driven the same northward Highway 17 route countless times on his 1996 Honda VLX motorcycle. Drivers who shared the winding mountain road with him that day said he looked at ease, like an experienced rider. And he was.

But about a half-hour into his commute, a 1994 Ford Explorer shot out onto Highway 17 from Idylwild Drive in a southbound arc that cut off Schaupp and sent him hurtling to the shoulder, according to detailed reports by California Highway Patrol officers. A trail of blood plotted his trajectory. The Explorer’s 47-year-old driver, Joline Faye Cohen, scrambled out of the SUV just as another car pulled up to the scene. 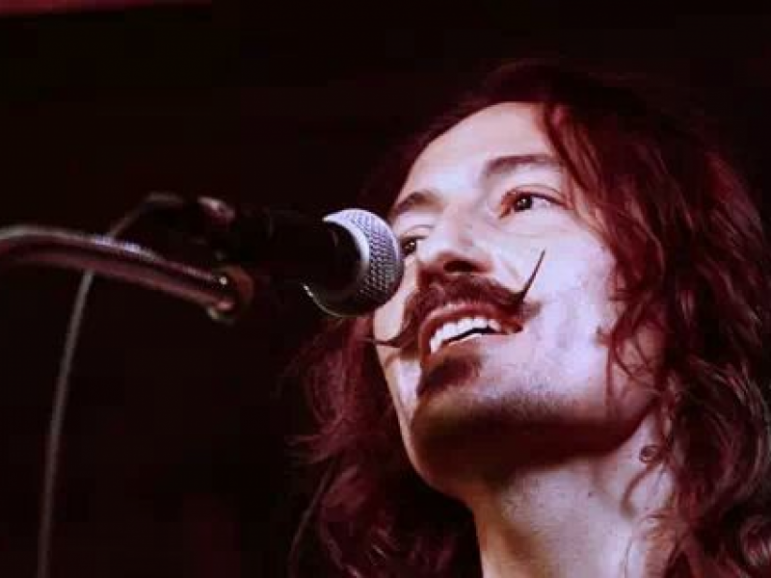 “Oh my God, I just killed that guy,” she told the witness, per the CHP. “Did you see him hit my car? What should I do?” Without waiting for an answer, she hopped back in the driver’s seat and drove away. A second witness pulled onto the shoulder and put a blanket on Schaupp, protecting him from the winter chill until help arrived.

A short distance north, Cohen, in a long black coat and dry dirty-blonde hair, left her car at Bear Creek Road and began walking along the shoulder, the collision report continues. Campbell resident Brandon Rohzen told police that he picked her up in his minivan, thinking she’d just got into a fender-bender and could use a lift. From the passenger seat, he said he remembers her calling Lupin’s office landline. “I hit somebody,” she shouted hysterically. “I think they might be dead.” Horrified, Rohzen slammed on the brakes and told her to get out of his car.

Schaupp died two days later at Stanford Hospital. Yet three full months passed before Cohen surrendered herself to authorities on hit-and-run charges that landed her in a Central Valley women’s prison.

Lupin residents claim Lori Kay harbored a fugitive during that time, leaving them no choice, they said, but to tip off CHP investigators to Cohen’s whereabouts. As a live-in assistant for several years to Lori Kay, Cohen ran errands, oversaw the main office and, according to CHP tipsters, had a reputation for smoking meth and driving erratically. Lupin management tried to distance itself from the damage, announcing online that the club had fired her as office employee before the crash. “She was allowed to stay because there are such things as tenancy laws,” Lori Kay explained.

But the tragedy raised more questions about Lupin’s hiring practices. In an ongoing wrongful death lawsuit against Cohen, Schaupp’s mother, Denise, and 19-year-old son, Caleb, also name Lupin as a defendant. The Schaupp family attorneys claim that Cohen was acting “within the scope of her employment” while driving the SUV and that Lupin is vicariously liable because it employed her “with knowledge of her history of reckless driving, erratic behavior and substance use.”

“That was the beginning of the end for me,” says a member who has called several government agencies to investigate Lupin. “You can’t run from one crisis to another and blame the rest of the world.”

Because it’s a pending case, the Stouts declined to talk about the wrongful death lawsuit, except to insist that they fired Cohen before the fatal accident. Attorneys also advised them against talking about the alleged charges of stealing water from a creek managed by their neighbor, the Midpeninsula Regional Open Space District.

Prosecutors say the Stouts and two resident employees siphoned thousands of gallons from Hendry’s Creek last year without permission to offset a drought-induced water shortage. Wildlife cameras allegedly caught the foursome in the act, trespassing to route a plastic pipe from Hendry’s waterfall. The Stouts claim their rights to the water were grandfathered in—the former landowner allowed them to tap the stream before selling the property to the open space district in 2012.

“This is the latest setback,” Lori Kay acknowledged last week. She added that Lupin has survived worse—the Great Depression, World War II rationing, fires, droughts and earthquakes—and the legacy of the lodge is bigger than any one person.

Yet many members, some of whom spent the better part of their lives at Lupin, fear that the eight-decade legacy has been corrupted by deep-seated dysfunction, and the water has run dry in more ways than one.