The project includes 374 market-rate residential units and a 35,712-square-foot retail space on the bottom floor. The new development follows a raft of forthcoming projects in downtown San Jose, as developers see an opportunity to build housing before BART eventually extends to Diridon Station in the heart of the city.

“The city and the region are facing a major housing crisis because there is not enough housing,” Erik Schoennauer, a land-use consultant on the project, told San Jose Inside in a recent interview. “The only solution is to build more housing, and the best place to build housing is in an urban neighborhood served by transit.”

All of the units will be market-rate because, according to Schoennauer, the project doesn’t “pencil out” with below-market-rate “affordable” housing units, meaning that it wouldn’t be considered profitable enough by investors. The project doesn’t have a retail tenant lined up yet, he added, but developers envision a restaurant on the first floor. 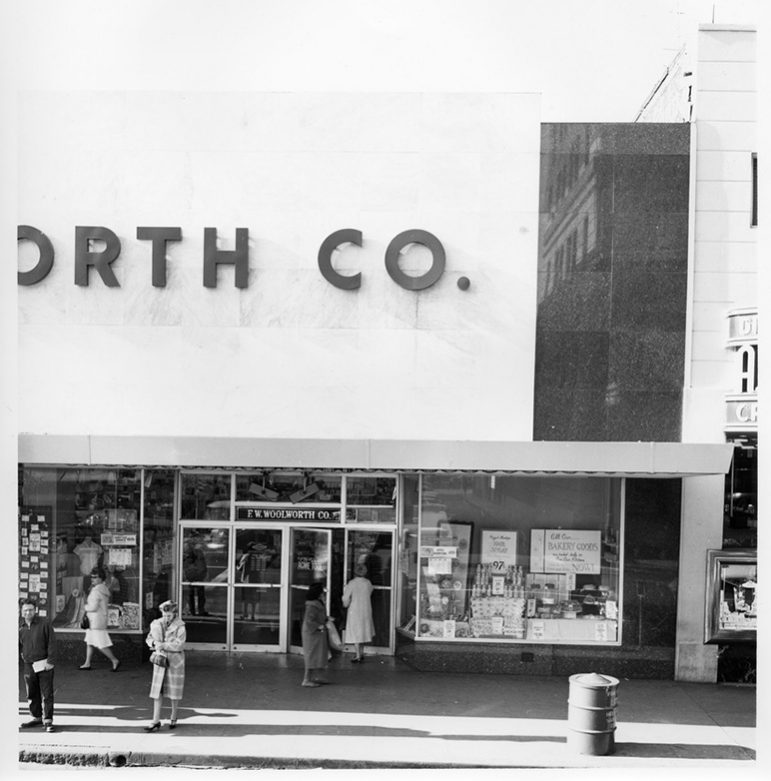 “It’s great if we can have people living and working in proximity to downtown,” said Patrick Kelly, a project manager in the city’s planning division. “We want to create some life on the street, with people living and shopping and spending time in downtown. That helps the downtown economy.”

Built in 1925, the Woolworth building with preserved terrazzo floors sits in San Jose’s nationally-registered downtown historic district across from the city’s first skyscraper, the 14-story Bank of Italy. Until 1997, the building was home to a Woolworth department store, which in its heyday was among the country’s largest department store chains.

After Woolworth’s shuttered, the site has seen several failed attempts at revitalizing downtown. The city’s redevelopment agency bought the property in 1998 and leased it to House of Blues, committing a $5.7 million subsidy to have it turned into a music venue. But the deal fell apart in 2002, and in 2005 the Black Sea Gallery furniture store moved in. The building became a Ross discount department store from 2010 to 2016.

Since then, the building has been occupied by Local Color, a nonprofit artist hub that occupies buildings awaiting development.

Alterra Worldwide still has get two additional permits before the building will be demolished for construction, which Schoennauer anticipates will take up to six months.

“You’re not going to see a building being demolished tomorrow,” he said.

Still, Schoennauer said Alterra Worldwide plans to break ground on schedule and already has a contractor in mind. 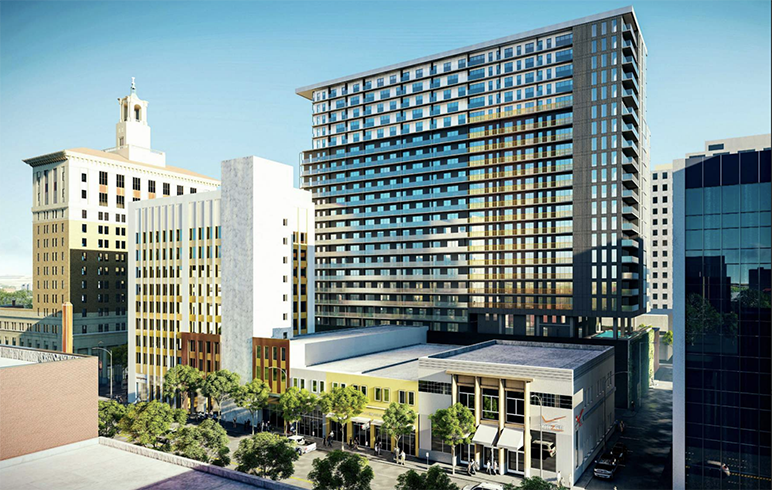 A rendering of the planned Tower 27 tower. (Image courtesy of Alterra Worldwide)