Former UFC heavyweight champion Cain Velasquez faces charges of attempted murder and premeditated murder, accused of trying to shoot and kill a man accused of molesting a close family member of Velasquez’s, in connection with a Feb. 28 incident on the streets of Morgan Hill and San Jose. 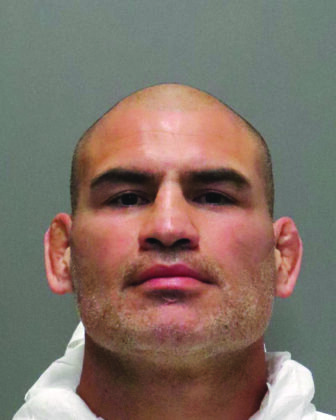 Velasquez, 39, is accused of shooting a relative of themolestation suspect, Harry Goularte, who was traveling in the vehicle that Velasquez targeted, according to authorities.

The 63-year-old shooting victim was struck once by gunfire, and was transported to the hospital. He is expected to survive.

Charges filed by the office of District Attorney Jeff Rosen include attempted and premeditated murder.

Velasquez allegedly fired multiple rounds from a handgun into Goularte’s vehicle in a high-speed chase Feb. 28 that started in Morgan Hill, according to the prosecutor’s press release.

Velasquez, driving a Ford truck, caught up to a Chevrolet Silverado occupied by Goularte and his two older relatives about 3pm Monday in the area of Cochrane Road and Butterfield Boulevard and began shooting.

Velasquez followed the Chevrolet, according to prosecutors, which was driven by Goularte’s stepfather, north into San Jose, according to the DA’s office. During the 11-mile, high-speed pursuit, Velasquez rammed his truck into the Chevrolet and fired multiple rounds with his registered .40-caliber handgun—with one of them striking the driver. The collision and injury occurred near the intersection of Monterey Road and Bailey Avenue at the southern city limits of San Jose.

A female passenger in the Chevrolet called 911 during the incident, authorities said.

“The sad tragedy is that Mr. Velasquez chose to take the law into his own hands, endangering the public and everyone in the truck,” DA Jeff Rosen said. “This act of violence also causes more pain and suffering to his family.” 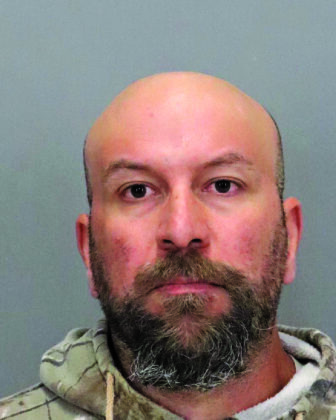 Harry Goularte, suspect in molestation of 4-year-old, in booking photo.

Goularte, 43, faces a felony charge of child molestation, according to the DA’s office. He was arraigned Feb. 25 in Santa Clara County Superior Court on the charge of lewd or lascivious act on a child younger than 14.

Although prosecutors with the DA’s office requested that Goularte be held with bail, the judge on Feb. 25 released him with supervision and without bail, according to authorities. He was released under the conditions that he stay in home detention in Morgan Hill, stay 100 yards away from any child younger than 14 and wear an electronic monitoring bracelet.

Goularte was on his way to acquire the monitor when Velasquez began shooting at and chasing him in Morgan Hill, the DA’s press release says.

Sheriff’s deputies began investigating Goularte on Feb. 23, says a separate press release from the Sheriff’s Office. About 9:19am, deputies responded to the 600 block of Powder Horn Court in San Martin, on a reported allegation of sexual assault involving a child.

Deputies and detectives from the Sheriff’s Office Sexual Assault Investigations Unit responded to the childcare business where the abuse allegedly occurred. After conducting interviews with the 4-year-old victim and other parties, investigators determined that Goularte had sexually assaulted the child, says the sheriff’s press release.

Detectives arrested Goularte later on Feb. 23 at a San Martin residence. Goularte is a relative of the owner of the daycare and lives at the facility full-time, but is not an employee of the business, authorities said.

Goularte is accused of inappropriately touching the child victim on “multiple occasions,” says the press release. His bail was initially set at $50,000 before his Feb. 25 arraignment.

“Detectives believe there are additional juvenile daycare participants who previously attended this daycare on Powder Horn Court and are working closely with the daycare to talk to all potential witnesses and victims,” says the sheriff’s press release.

The child victim in the case is a close family member of Velasquez’s, according to the DA and multiple other sources. San Jose Inside is not disclosing their exact relationship as doing so may indirectly identify the child.

Velasquez, a resident of Gilroy, is a former heavyweight world champion in the UFC mixed martial arts fighting circuit. He moved to Gilroy in 2010, and had lived in Morgan Hill for about two years before that, according to a previous Gilroy Dispatch story about the former fighter and wrestler.

He has twice won the UFC’s heavyweight division, with victories over other high-profile fighters including Junior dos Santos, Brock Lesnar and Antonio Silva. Velasquez has trained out of American Kickboxing Academy in San Jose.

Velasquez retired from UFC in 2019, and has competed in professional wrestling since his retirement.

Anyone with information about Goularte’s alleged offenses, including “any parents whose children may have had contact with Goularte,” may call the Sheriff’s Office at 408.808.4500, says the sheriff’s release. Investigators can be reached at the Sheriff’s Investigative Services anonymous tip line at 408.808.4431.