A power outage after 7pm Tuesday left downtown San Jose and surrounding areas in the dark—in the midst a record-smashing heatwave, no less

More than 17,000 PG&E customers—including about 10,000 in and around the heart of the Bay Area’s largest city—remained without power for more than three-and-a-half hours, according to PG&E data. A company rep reached late Tuesday declined to say when to expect the lights to flicker on again.

“At this time we’re still investigating the exact cause of the outage, so we don’t have an estimate for restoration,” PG&E spokesperson J.D. Guidi told San Jose Inside. “But we do have crews—working safely and quickly as possible—investigating, and they’ll continue to do so until we determine the cause and all the customers are restored.” 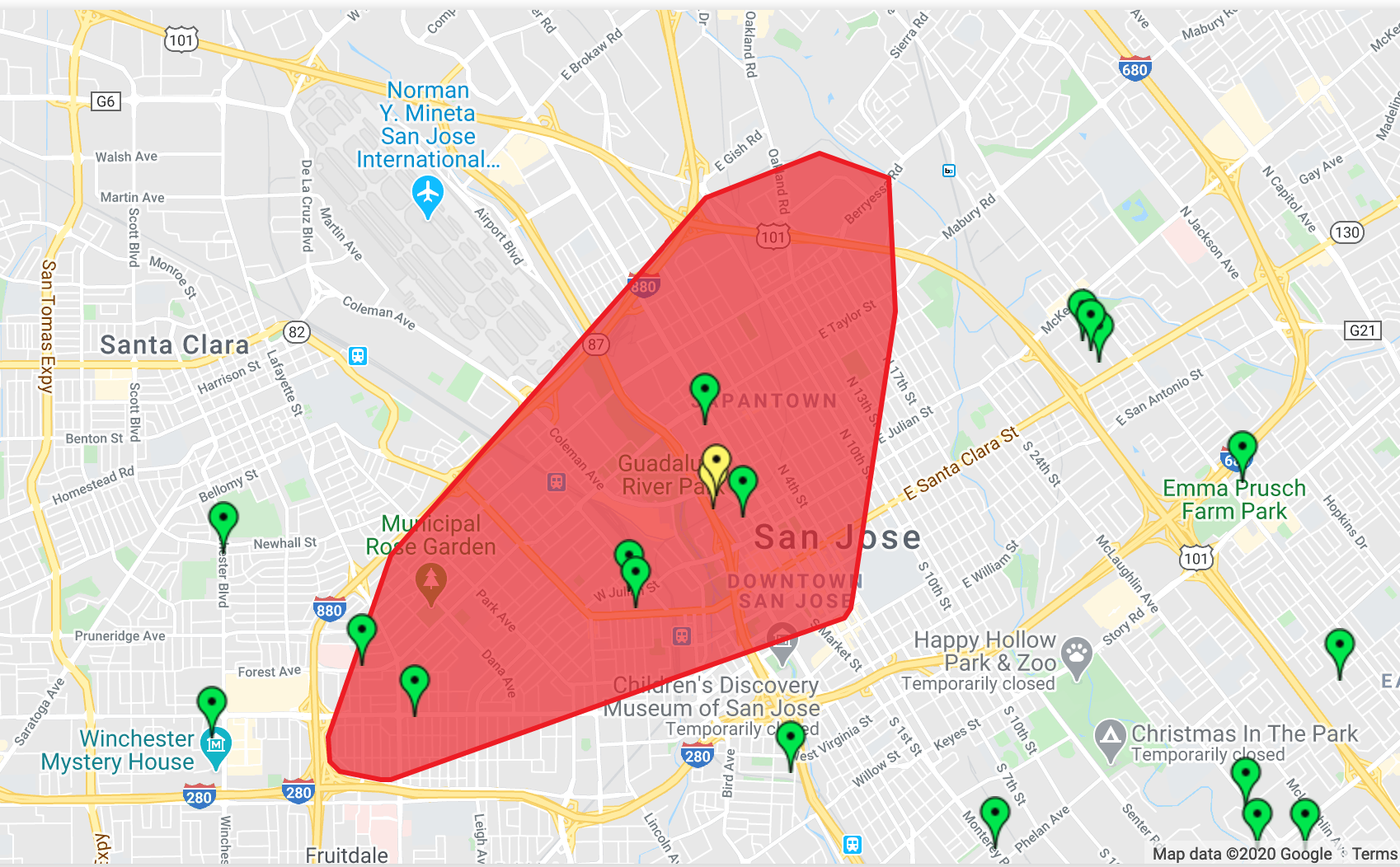 A map of the outage in and around downtown San Jose. Image courtesy of PG&E

Earlier this week, the California Independent System Operator (CAISO)—the state’s power grid operator—advised residents to avoid energy-sucking activities such as running the air conditioner or doing laundry between peak hours of 3 and 10pm.

But on Tuesday night, the agency announced that statewide energy demand remained low enough to avoid the planned outages.

That's a wrap. You did it, California consumers. No rotating power outages expected tonight. #ItWorked Thank you for keeping the #electricity flowing. https://t.co/AkPvZaE6Ah Another #FlexAlert in place tomorrow 3-10. #KeepConservingCA

Thanks to a backup generator at City Hall, the blackout only briefly interrupted a contentious San Jose City Council meeting, where officials debated police reform.

City officials took a pause from their discussion of law enforcement to figure out how to proceed if residents were prevented from dialing in for public comment for a lack of internet access. Ultimately, the council decided that the show would go on.

District 2 CouncilmanSergio Jimenez tuned into the Zoom-broadcasted meeting from home, where he illuminated his workspace with candlelight.

Other parts of the city—even neighborhoods immediately surrounding the colorfully lit civic center—also remained in the dark.

In a statement to San Jose Inside, PG&E said that 500 “heat-related outages” have impacted more than 70,000  San Jose customers since Friday.

High temperatures and lightning from over the weekend, the agency said, “caused extensive damage resulting in an abnormally high amount of outages, with much longer durations than we usually experience.”

After taking a call with the power provider during the council meeting, Liccardo announced what reportedly caused the outage Tuesday. He said he was told it was some issue with a downtown power substation, which cut the lights to West Side neighborhoods, including The Alameda, Rose Garden and Bascom.

“They’re working on it,” he assured, “and will hopefully provide an update soon.”

Grace Hase contributed to this report.