Ragged roads in the South Bay cost the average driver $2,471 a year in wear and tear, crashes and congestion-related delays. Statewide, California motorists lose a total of $53.6 billion annually. That’s according to a new report by TRIP, a national transportation group, which found that 79 percent of roads in Santa Clara County are in poor or mediocre condition. County Supervisor Dave Cortese said the report should spur lawmakers to invest in roadways. “We need to dig into our own pockets now and put more local dollars to work to repair, maintain and improve our transportation network,” he told reporters at a presser last week. “Here in Santa Clara County, we have an opportunity to do just that.” The opportunity he’s talking about comes by way of a regional half-cent sales tax on the November ballot, which would generate an estimated $6 billion to repave streets and bolster transit systems throughout the county. 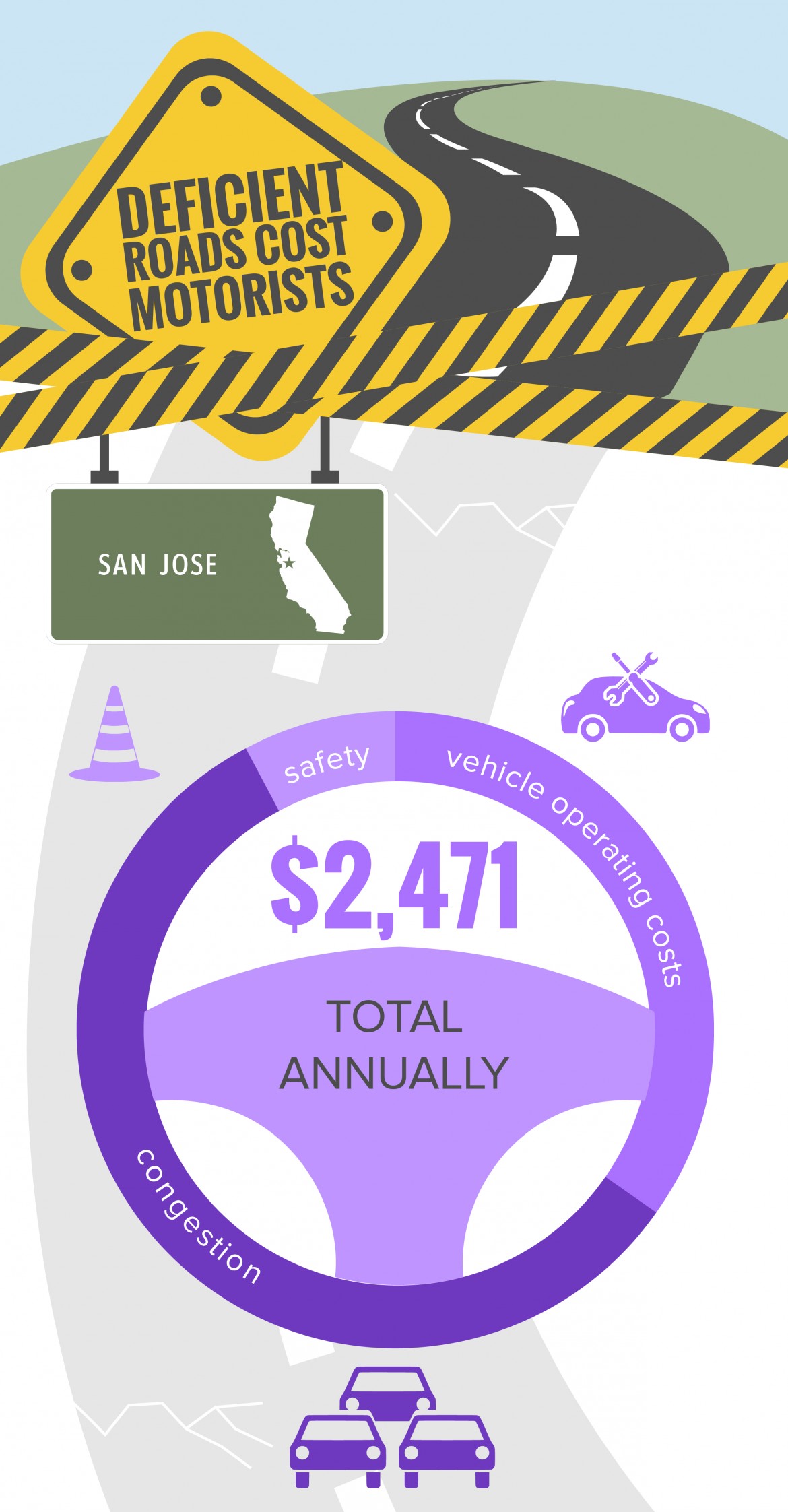