About 200 people joined a caravan of cars Thursday to circle the San Jose Main Jail Thursday and demand the release of incarcerated friends and family, to keep them safe from the COVID-19 outbreak, which has already infected several local inmates.

Led by Silicon Valley De-Bug, the rally of least 50 vehicles honked as they made their way from the nonprofit’s Lenzen Avenue headquarters to the block that houses the San Jose Police Department and Santa Clara County Sheriff’s Office and sits across from the District Attorney’s Office on West Hedding Street.

“This is a national movement of historic proportions and you are here to make history,” De-Bug founder Raj Jayadev told protesters at the start of the protest.

Their mission: to get their incarcerated loved freed from the county’s two jails, which house thousands of medically fragile people particularly prone to the coronavirus. 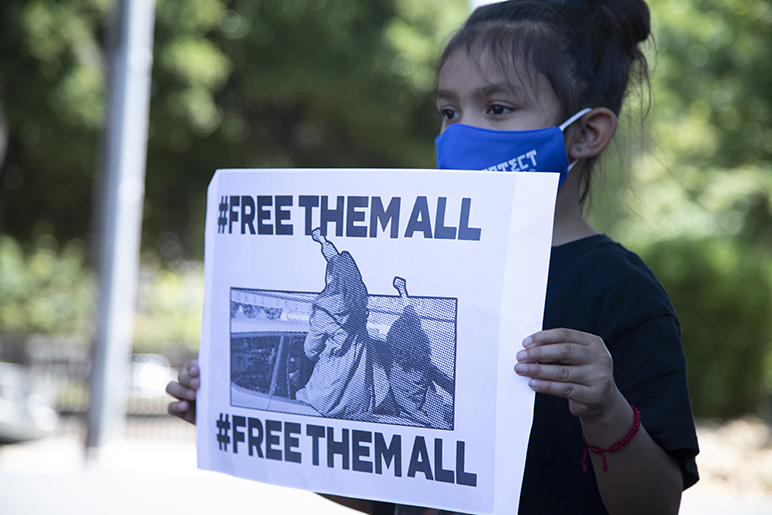 Other organizations, including the Young Women’s Freedom Center and the Santa Clara County Public Defender’s Office, joined the demonstration.

Hours before the caravan, jail officials announced that three local inmates have tested positive for COVID-19 since last week. Protesters cited the news—as well as past documented abuses at the county jails—as evidence that the county is unfit to handle such a disease outbreak. 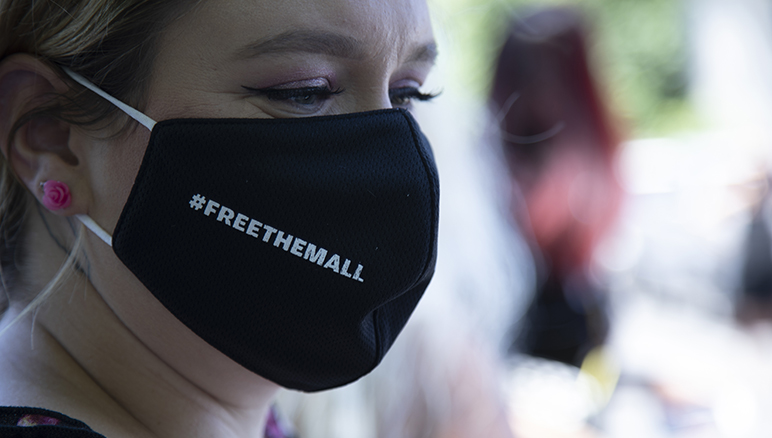 An inmate who jailed since May 9 was housed in one of the Main Jail’s nine isolation units after officials confirmed on May 23 that he had COVID-19. Another 24 inmates in that same isolation housing were also tested; authorities say the results were negative.

Another inmate confirmed on Tuesday to have COVID-19 had been locked up for over a year in a minimum-security cell at the Elmwood Correctional Facility in Milpitas. The following day, a fellow Elmwood ward who’d been jailed since May 3 also tested positive.

Since then, over 300 inmates at Elmwood have reportedly been tested. Sheriff officials said the jail has rehoused inmates potentially exposed to the virus. 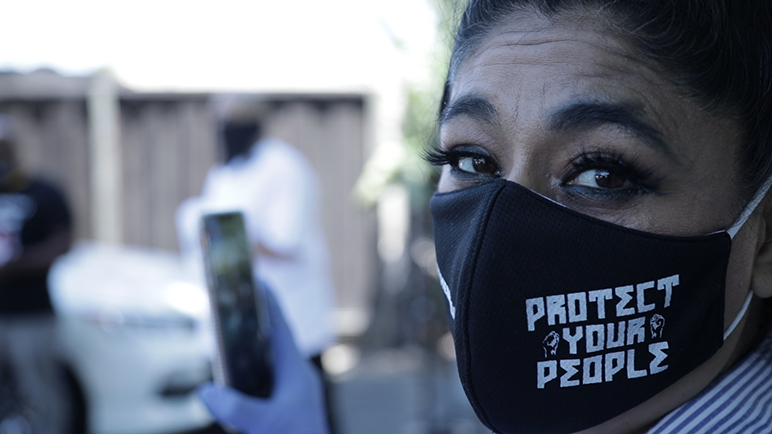 Many of the participants said they have friends and family locked up inside. (Photo courtesy of Silicon Valley De-Bug)

“We have taken significant measures throughout our agency to mitigate the spread of COVID-19 and we are working closely with Santa Clara County Public Health Department and Custody Health Services to expedite testing for all employees and inmates,” the Sheriff’s Office told news reporters in a statement earlier this week. “The Sheriff’s Office remains committed to protecting the health and safety of those in our custody, our staff and our community.”

While several inmates have been released from county jails and been placed on house arrest since April, protesters said those measures are not enough. They demanded more—if not all of those on the inside—to be released. 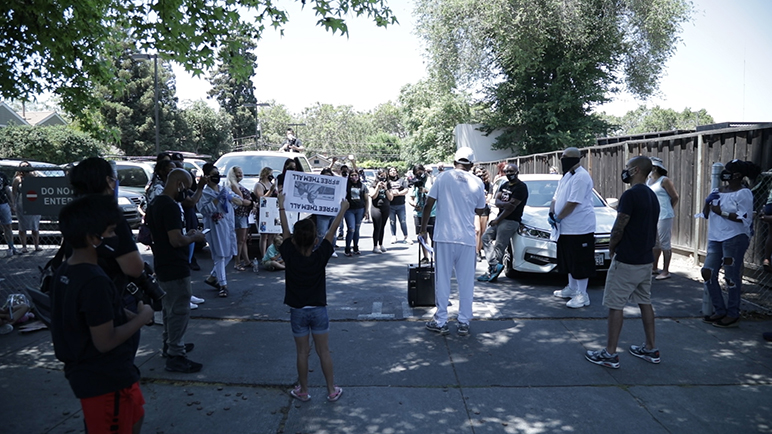 The rally kicked off with a gathering outside the jail. (Photo courtesy of Silicon Valley De-Bug)

“It’s no surprise to us that the system is not working,” De-Bug organizer and former inmate Jose Valle said. “We’ve been trying to free our people, [and] in light of the coronavirus, it’s really showing that these places are not fit to house people. It’s a burden on our tax dollars, it’s a burden on real public safety.”

Deputy Public Defender Lori Stuart, who spoke before the rally, echoed that sentiment.

“Know that your public defenders are fighting for you,” she said. “We care about you, we see you, we are alongside you, we know what’s happening is not OK. They are making it hard for us to talk to people and get information. Reach out to us. This partnership is important. Together we are stronger. Free them all.” 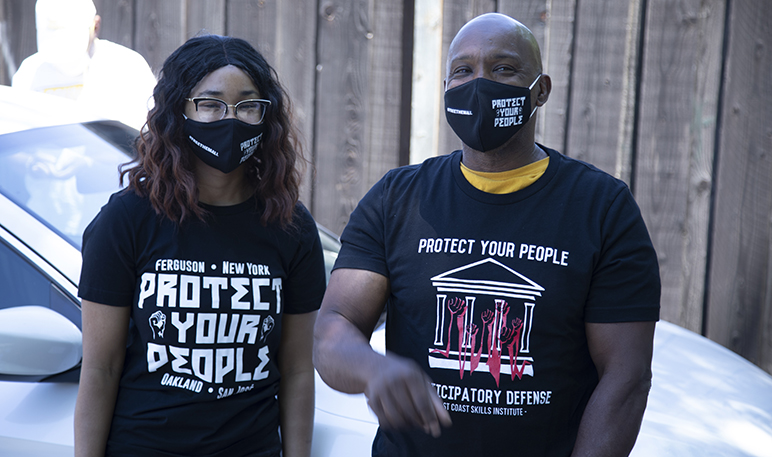