Two sons of a Bangladesh-born San Jose couple shot to death in their home on Sunday have been booked on murder charges.

Hasib Golamrabbi, 22, had been missing until police found him Wednesday night in Tracy, according to NBC Bay Area. His 17-year-old brother—whose name has been withheld because of his age—was also taken into custody at Santa Clara County Juvenile Hall. Golamrabbi is being held without bail at San Jose’s Main Jail and scheduled for an arraignment at noon Friday. 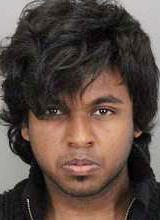 “There are no outstanding suspects,” the San Jose Police Department wrote in a statement Thursday. “The victims were the suspects’ parents. No additional details will be provided about the investigation.”

Sources told NBC Bay Area of another note left at the scene referring to the family’s disapproval of Golamrabbi’s sexual orientation.

“I can’t be like you, telling a lie,” the message reportedly read. “I can’t love someone without telling them.”

The Rabbis, who emigrated from Bangladesh three decades ago, worshipped at the nearby Evergreen Islamic Center. San Jose police quickly ruled out a hate crime, however. 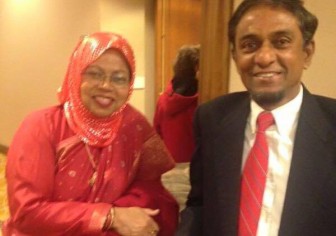 Their killing marked the city’s 15th and 16th homicides this year, five of which happened in the week prior.

The South Bay Islamic Association released a statement after the couple’s death:

“We ask Allah to forgive the deceased, shower his mercy on them, and make their graves a garden from paradise. In addition, we extend our deepest condolences to the family and ask Allah to grant them strength and patience during this most difficult time.”

Islamic law requires a burial as quickly as possible after a person’s death. But the parents have not been buried yet because the coroner was waiting to release their bodies to the eldest son, according to the South Bay Islamic Association.

It’s unclear whether there will be an exception in light of Golamrabbi’s arrest.